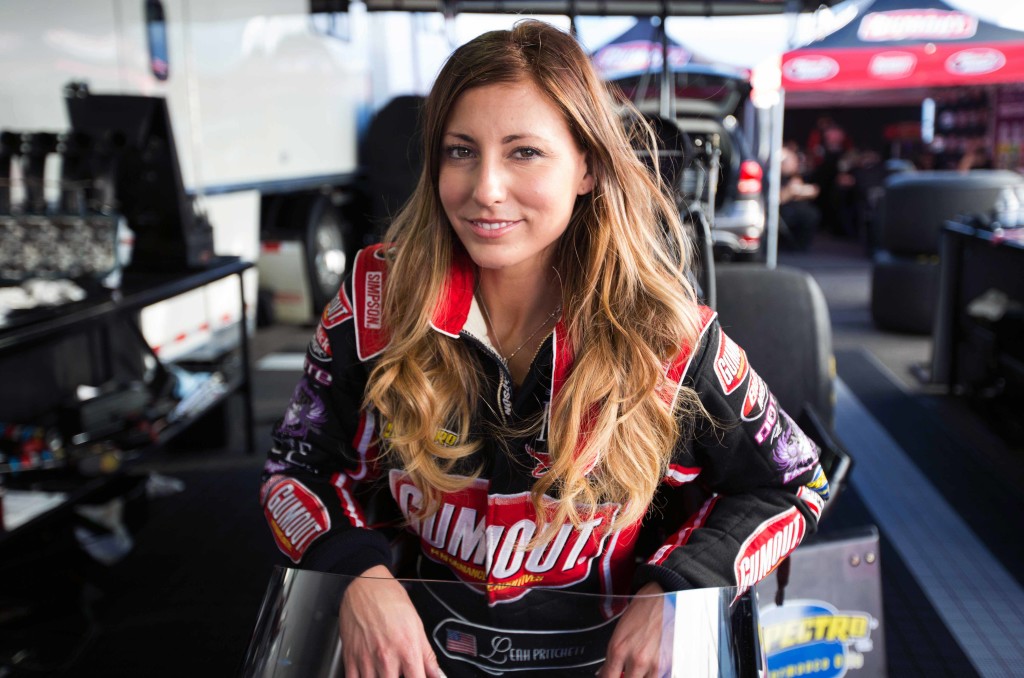 Leah Pritchett, NHRA Mello Yello Drag Racing Series Top Fuel driver, has lost her primary sponsorship from Gumout beginning in the 2016 season.  Due to lack of funding, Pritchett and her team, Dote Racing, will be parking their rigs for 2016 as of right now.

Pritchett began drag racing in 1997 at the age of eight years old and has continued up until now.  In the 2015 season, she is 13th in points in the Top Fuel class.  Just this season, Pritchett gained her first final round appearance in Top Fuel in Atlanta, GA and accomplished her best qualifying position (third) in Top Fuel.

Pritchett and Dote Racing began their partnership with Gumout in 2014, just one year after Pritchett joined Dote Racing.  Gumout was the primary sponsor of Dote Racing and provided the majority of their funding. 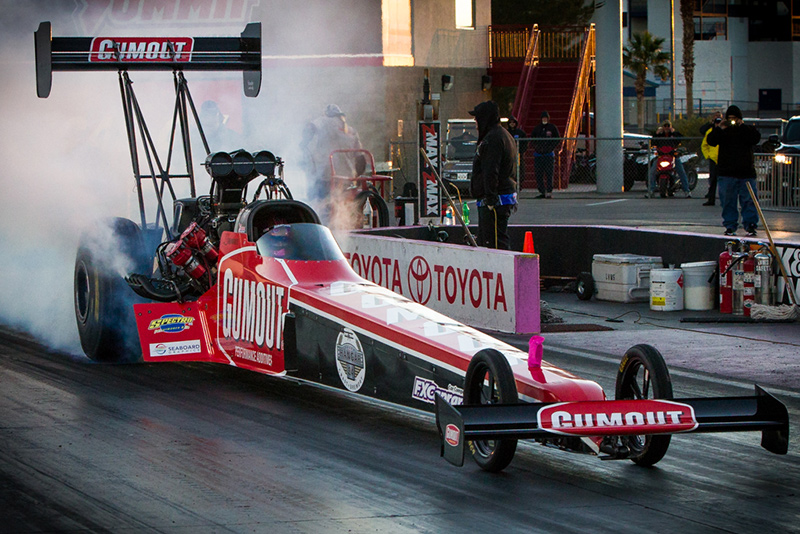 At the SEMA Show, Pritchett talked about her recent press release, which informed the general public of the new developments with her team.

“My primary sponsor, Gumout, who has been with me for two years, unfortunately made the decision from the higher-ups that they were not going to participate in NHRA anymore,” Pritchett said.  “And that had to do with a number of things, most importantly a brand-held study that showed that some dollars were to be better spent for that category.”

While she and Dote Racing have other sponsors, including Sparkling ICE, it unfortunately is not enough to keep the team running for the 2016 season.  However, Pritchett is confident that she has what it takes to gain more sponsorship to help her in the future.

“I’ve always worked on sponsorship since I can even remember,” she said.  “I remember when Photoshop came out and I was twelve years old and staying up until 4 a.m. sending out proposals and cold-calling companies, so I don’t know any different than chasing sponsors.  This is almost a little bit natural; It’s the nature of the beast.”

The fate of Leah Pritchett and Dote Racing is up in the air for the 2016 season, and for now, the team plans to close their doors but is hoping to gain sponsorship before that has to happen.

“Moving forward, I guess it’s to-be-continued, but we will see,” Pritchett said.