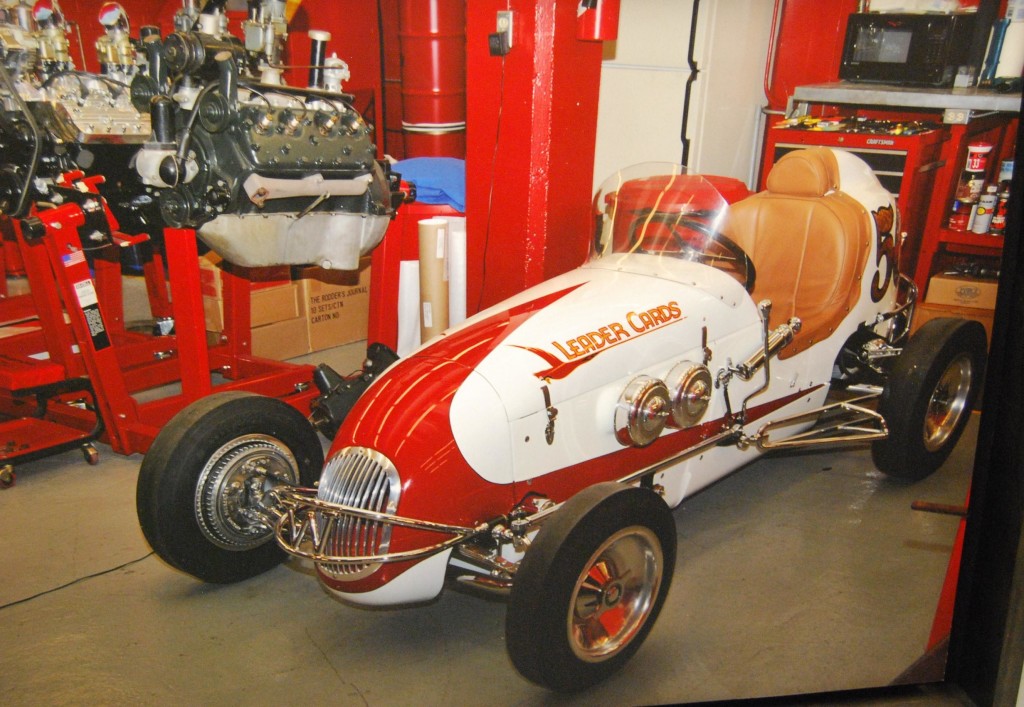 Robert Wilke, who later ran his family’s Leader Card printing business, started in auto racing in the late-1920s when he helped the Marchese Brothers of Milwaukee with their number 4 car.

Over more than 70 years, Wilke’s Leader Card race team evolved from a bunch of privateers and enthusiasts into a professional team able to stay competitive in the high dollar, corporate sponsored racing world of today.

Gordon White’s book Leader Card Racers: A Dynasty of Speed chronicles the story of the Wilke family’s involvement in open wheel racing through four generations. From midgets to upright sprinters to Indy roadsters, the Leader Card team cars were driven by many of the great oval track drivers including Rodger Ward, Bobby Unser and Johnny Rutherford.

A copy of White’s book sits in the seat of Dick Munz’s No. 65 Leader Cards midget racer. The car is a Kurtis Kraft creation finished in red and white and carrying a chrome front tube bumper with the “W” for “Wilkie” standing out in the center. According to White’s book, a car like this could be purchased for about $5,500 in the late 1940s. As a collector’s item today, it’s worth a bit north of there.

Wilkie fielded a fleet of cars like this one and, at one time, had three different teams racing in Kurtis-Kraft midgets. One competed in East Coast events, one competed in Michigan, and the third car ran in the Chicago to Milwaukee area.