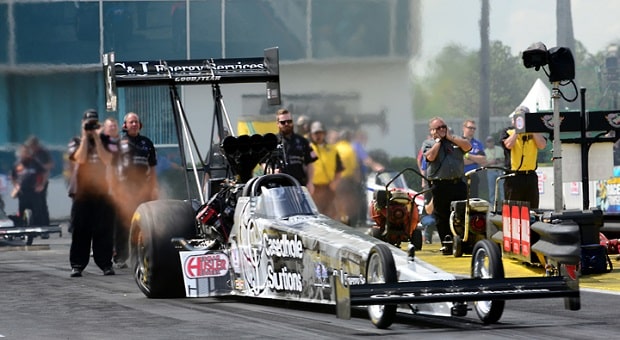 NHRA Top Fuel drag racer Larry Dixon has survived a lot. Team disruptions, flying exercises at the 2015 Gatornationals, even Stage III throat cancer in 2015. Now he’s battling something bigger: the NHRA itself. The sanctioning body took extreme measures against the driver when he showed off his two-seater dragster at the 2017 SEMA show, one which he intended to use to bring even more fan interest to the sanctioning body.

NHRA wasn’t happy to see an old chassis tech sticker on the dragster, even though it was expired. They sanctioned Dixon by suspending the three-time champion from competition, fiddling with the appeals process to the point where he lost more than a year’s worth of competition opportunities on the dragstrip in any sort of race car.

Dixon finally had enough. On April 11 he filed a federal antitrust lawsuit against NHRA, alleging wrongful suspension and blacklisting, dating back to 2017. The complaint, filed in Indianapolis, alleges the two-seater dragster was banned and blacklisted from more than 140 NHRA-member tracks, even as NHRA allowed similar vehicles produced by another former driver. 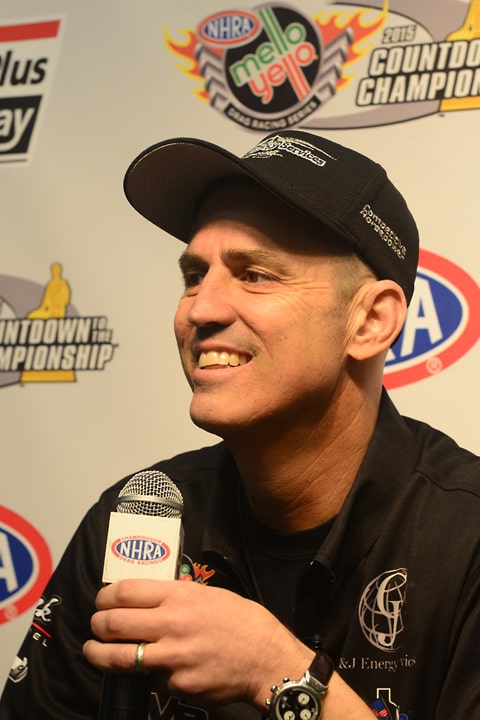 Drag racing has been Dixon’s primary source of income since 1995 and, thanks to his suspension – actually a lifetime ban – he’s been devoid of income for more than two years. The complaint says the driver “has now been entirely deprived of his livelihood and sole source of income by this unjustifiable suspension, unless he relinquishes an investment of hundreds of thousands of dollars, as well as the future profits he could derive from that investment.”

Talking to the Indianapolis Business Journal (IBJ), Dixon said he wasn’t happy to be filing the suit. “It’s disappointing it’s had to get to this point,” he said. He tried, on many occasions, to come to terms with NHRA so that he might be able to support his family once again. “There’s a lot of it I don’t understand. This has absolutely put me out of business as a professional racer. I don’t want anybody else to have to go through something like this.”

It was in 2016, right after he publicly discussed his recovery from throat cancer, that Dixon spoke with NHRA about his two-seater idea. Initially, NHRA professed interest, as did potential sponsors and NHRA-member tracks. With their initial enthusiasm, Dixon formed Championship Adventures LLC with investor Nick Salamone. The initial car was built and shown at SEMA; Dixon unveiled Larry Dixon Top Fuel Experience, stating it was the “fastest ride in drag racing.” 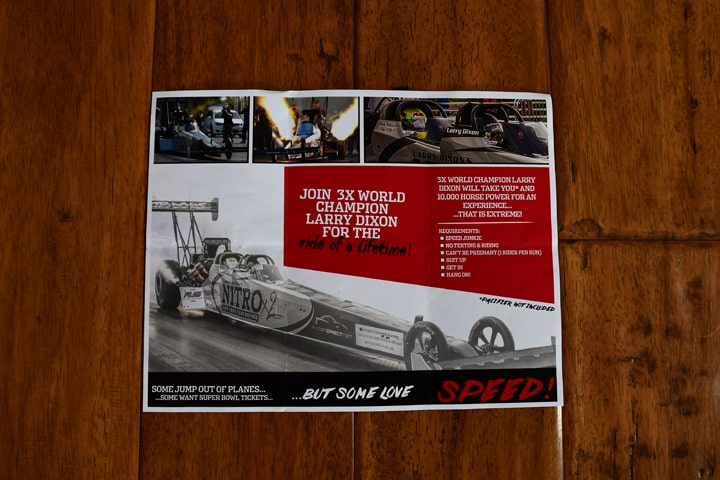 The response at SEMA was extremely positive. “We literally got over 1,000 email inquiries,” Dixon said. Then NHRA saw the expired chassis sticker and all those plans Dixon and Salamone had went south. NHRA sent him a notice saying he’d violated NHRA rules with the car: “As you were told by NHRA officials on multiple occasions,” the notice said, “NHRA has not and will not approve a two-seat top fuel dragster for a variety of reasons. The two-seat top fuel concept presents serious safety concerns that have not been satisfied and that we do not believe can be satisfied.”

In the appeals process, Dixon was advised not to hire legal counsel, wasn’t permitted to attend his own appeals hearing and couldn’t see any evidence presented against him. NHRA’s decision stated the driver “could not compete in NHRA as a driver or team owner unless he would ‘ensure’ that the two-seater dragster would not be operated anywhere in the world, with it being ‘the committee’s strong recommendation’ that he ‘dismantle’ the car,” his complaint states.

In July of last year, NHRA arbitrarily declared he was guilty of all charges, but lifted his suspension for “time served.”

The lawsuit is going forward as Dixon attempts to clear his name. He accuses NHRA of defamation and alleges it violated the driver’s due process rights, the Sherman Antitrust Act and similar state laws. While his suspension has been unofficially lifted, that reinstatement hasn’t been made known to the drag racing community, leaving the three-time champ unable to secure work. 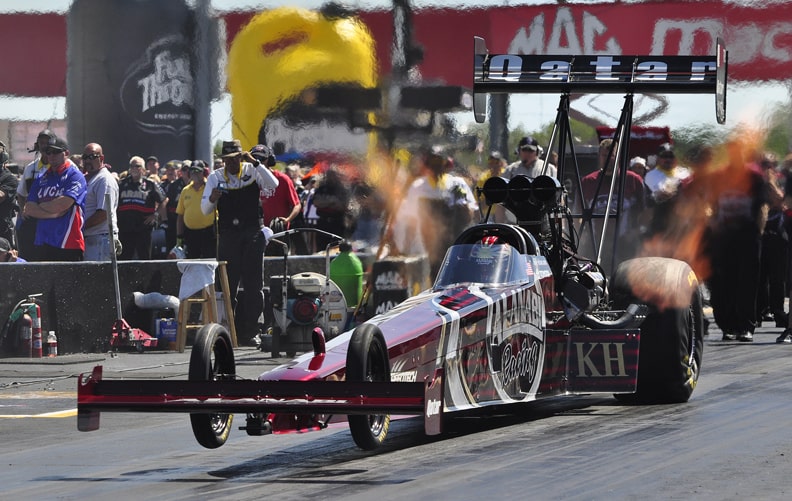