Mother Nature stepped in and left her mark on last weekend’s Brickyard races, causing both races to be postponed until Monday. Justin Allgaier had the dominant car all race for the XFINITY Series Lilly Diabetes 250. Nobody was dominant later in the afternoon during the Monster Energy NASCAR Cup Series Big Machine 400 at the Brickyard, a race won by Brad Keselowski. Kyle Busch’s eighth place finish was enough to secure the regular season title.

Allgaier Dominates One of the Year’s Most Exciting Races 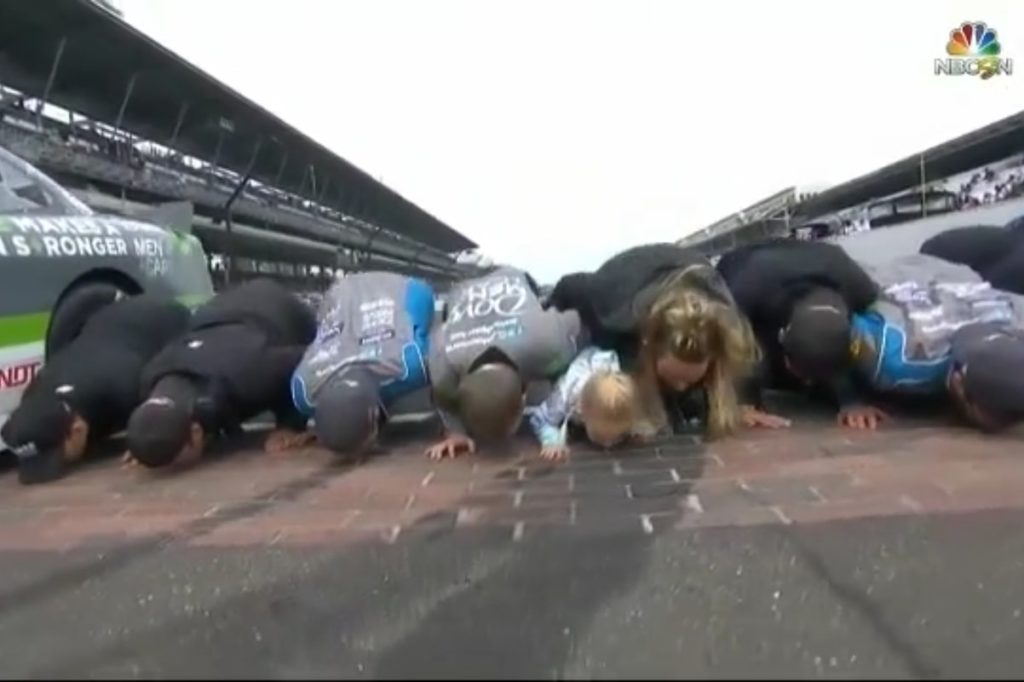 If you only look at the box scores of yesterday’s NASCAR XFINITY Series Lilly Diabetes 250 at the Brickyard, you’ll see a story that is completely different from the one you’d get watching the race. The box scores for the race tell you that John Hunter Nemechek drove his Chip Gannasi Racing number 42 to the win for the first stage, while Daniel Hemric took his Richard Childress Racing number 21 to the second stage win and Justin Allgaier drove his JR Motorsports number 7 to his fifth win of the season. Tyler Reddick took second and pole sitter Ryan Blaney took third.

The problem with that is it doesn’t tell you that Allgaier was leading with less than 100 yards to go in the first stage and Nemechek, C. Bell and Cole Custer took him four wide at the stripe, dropping him back fourth in the stage. It also doesn’t tell you that yesterday’s race was the most exciting race this season. Nor does it mention that throughout the race drivers were going two, three, four and sometimes even five wide to make positions. Anyone who missed it should head to YouTube and hope someone posted it. 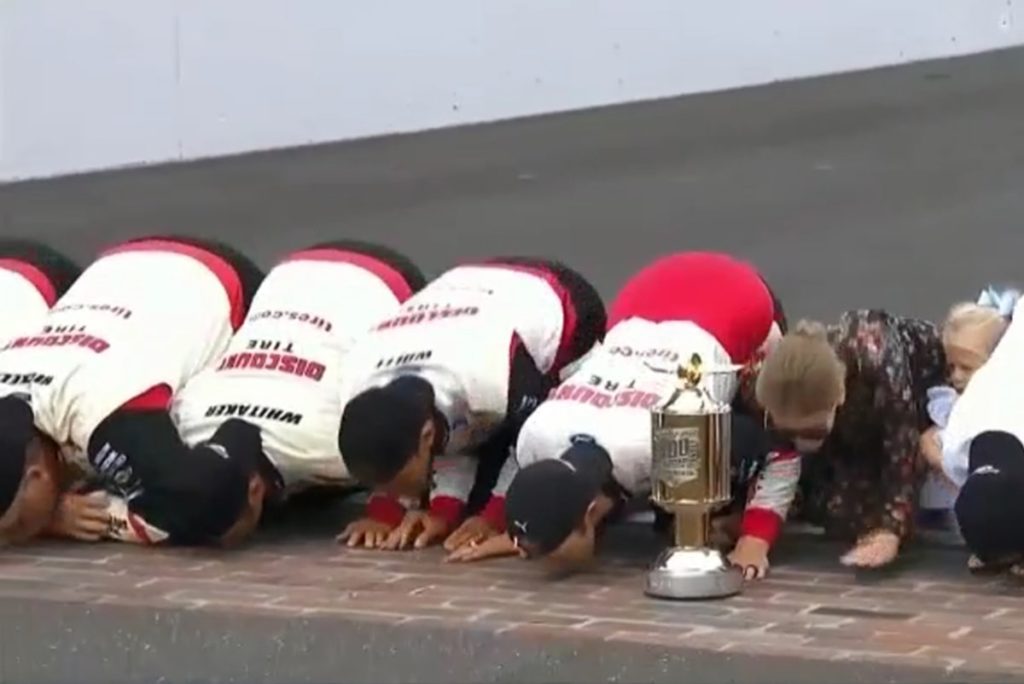 Monday afternoon saw two firsts. Brad Keselowski gave “The Captain” Roger Penske his first NASCAR Cup Series win at the Indianapolis Motor Speedway (and the 499th of The Captain’s career). NASCAR gave Kyle Busch a trophy signifying the league’s first “regular season points title.” Between the dropping of the green flag and the kissing of the bricks, NASCAR’s big boys put on a pretty good race.

Clint Bowyer drove his Stewart Haas Racing number 14 to the first stage win. Matt Kenseth crossed the Yard of Bricks first in his Roush-Fenway number 6 when the green checkered flag dropped at the end of the second stage. Although he didn’t win either stage, Denny Hamlin’s number 11 was the car to beat for most of the race and was able to hold on for a third place finish behind Kes and second place Erik Jones.