It might sound like a familiar story, but this time Kyle Busch had to work a little harder to stay out in front of a very competitive field to win the Alpha Energy Solutions 250, NASCAR Camping World Truck series event at the .526-mile Martinsville Speedway in an overtime finish.

It was Busch’s first win in the Truck division at Martinsville and his 45th overall in the division, taking the checkered flag that brought with it the prized Grandfather clock that stands as the winning trophy.

“I’ve got a couple owners’ ones, but never one of my own,” said Busch from victory lane while looking long at his new possession.  “This is just the day we’ve been looking for, for a long, long time.  We’ve never necessarily had all the pieces go together as we should have.  I didn’t know if the pieces were going to go together today, the way the cautions (11 of them) played out, the way the tire strategy was playing out — when to pit, when not to pit, how to do all that.”

Busch’s approach to the race was to stay out on old tires for the elusive track position on the tight oval, pitting only once on lap 135 and from there refusing to give up the lead.  He led 123 of the 255 laps right into overtime, leaving a full set of fresh Goodyear Tires in his pits that weren’t required on Saturday to win. 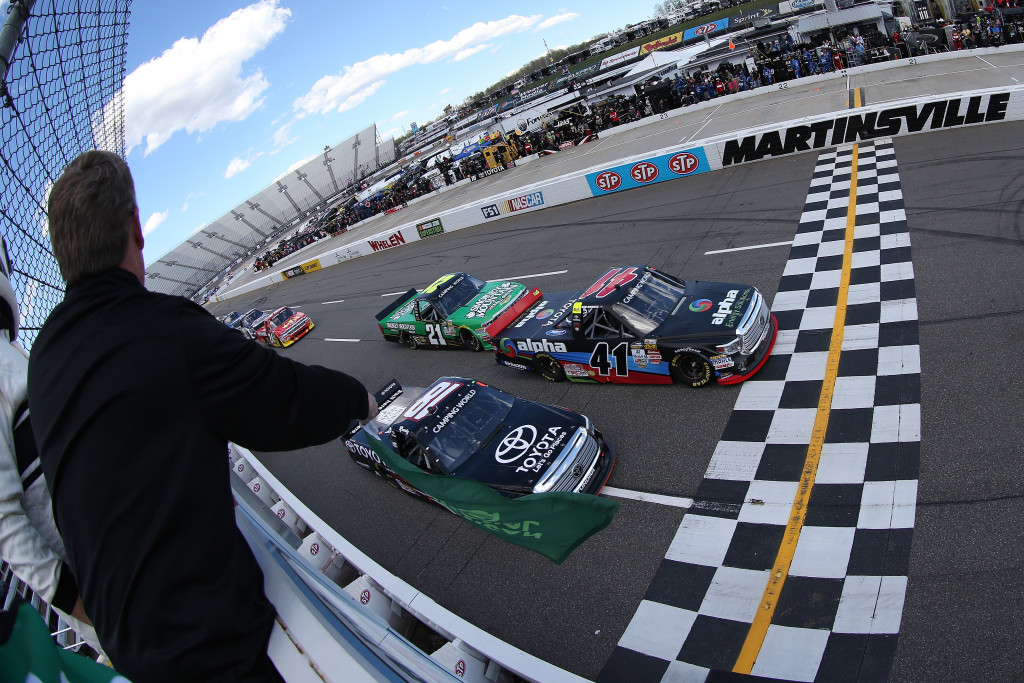 With 86 laps to go, then leader, Cameron Hayley, Kyle Larson and John Hunter Nemecheck all pitted for fresh rubber giving Busch the lead.  Although, it would appear the faster trucks with newer tires would have been able to pounce on Busch for the lead, it turned out to no one’s surprise that on the restarts, it was classic Kyle Busch fending off the field, pulling out to a big lead on every restart despite a rash of four caution flags in the last 30 laps.

Nemechek rallied from fourth to second to be alongside Busch on the final restart, but on the green flag, Busch gapped him to win by .425 of a second to finally get his first Martinsville triumph.  Nemechek had to battle with newcomer William Byron for the runner-up position allowing Busch a speedy get away.

“I was able to hang tough on the outside, get around William there at the end,” Nemechek said.  “That was the big key for us to finish second — if not we were probably going to lose a couple spots.  Those restarts were hectic at the end.  I just kept spinning the tires on the restarts.  We’ve got to go back and look at some things.  I could never get to Kyle.” 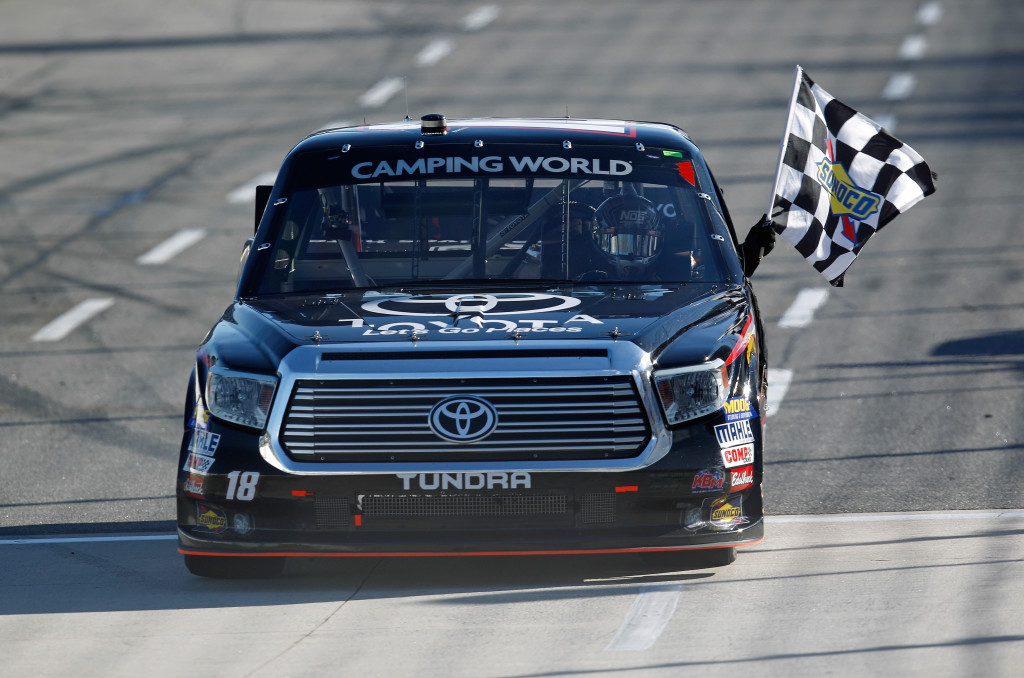 After Busch and Nemechek, it was William Byron finishing third with Kyle Larson in fourth and Timothy Peters rounding out the top five at Martinsville.

The 18-year old Nemechek is now the current points leader with a three-point break over Parker Kligerman and six away from Timothy Peters currently holding third.

The race was plagued with 11 caution flags for 68 laps resulting in a slower average speed of only 61.811 mph.  There were eight lead changes among four drivers.

The NASCAR Camping World Truck series takes the rest of the month off, returning on Friday, May 6, at the Kansas Speedway for the running of the Toyota Tundra 250 airing on FOX Sports 1 at 8:30 p.m. EDT.