2015 Monster Energy NASCAR Cup Series champion Kyle Busch took home some hardware at last night’s ESPY Awards, winning Best Driver for the second time in the last four years. He also won the award in 2016; this time around, he received the most votes in the category full of elite drivers including Formula One’s Lewis Hamilton, NHRA’s Steve Torrence and IndyCar’s Scott Dixon.

Busch won eight races in the Monster Energy NASCAR Cup Series in 2018, matching Kevin Harvick for the most in the series. He also logged 28 top 10s and 22 top fives across 36 total points races. Busch is poised for another title run in 2019 as he’s already checked off four wins, 10 top fives and 15 top 10s in 18 starts this season. 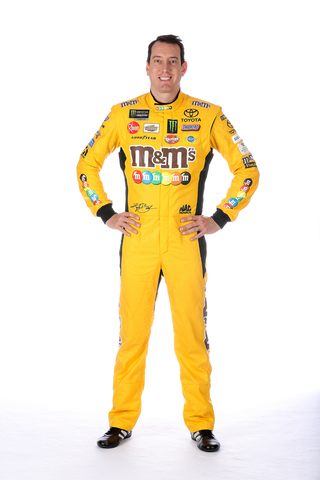 In March of this year at Auto Club Speedway, Busch picked up his 200th career NASCAR national series victory, the same track where he notched his first career Monster Energy Series victory in 2005. Heading into this weekend in Kentucky for the Quaker State 400, Busch will be gunning for his 56th career win in NASCAR’s premier series.

Tune in to NBCSN this Saturday, July 13 at 7:30 p.m. ET to watch Busch and NASCAR’s best at Kentucky Speedway, or listen live on PRN and SiriusXM NASCAR Radio, channel 90.