Knowing what was waiting on him in victory lane, Kyle Busch shouted out over his radio during his post-race winning burnouts, ‘What time is it?’

One of the tracks that has always managed to bedevil Kyle Busch has been the tight, paperclip-shaped oval of Martinsville Speedway.  However, in a matter of just two days, he swept both the NASCAR Truck and Sprint Cup races at the .526-mile track, and now heads back home to North Carolina with a collection two Grandfather clocks from Martinsville after grabbing his first Sprint Cup win of the season.

“I can’t say enough about this whole JGR team,” said Busch, who led the final 174 laps after passing teammate Matt Kenseth for the top spot on Lap 327.  “The [No. 18] M&M’s Camry was awesome in practice [on Saturday].  We had a really good car through practice, and [crew chief] Adam [Stevens] made some really good adjustments overnight to keep us where we needed to be, running up front all day.” 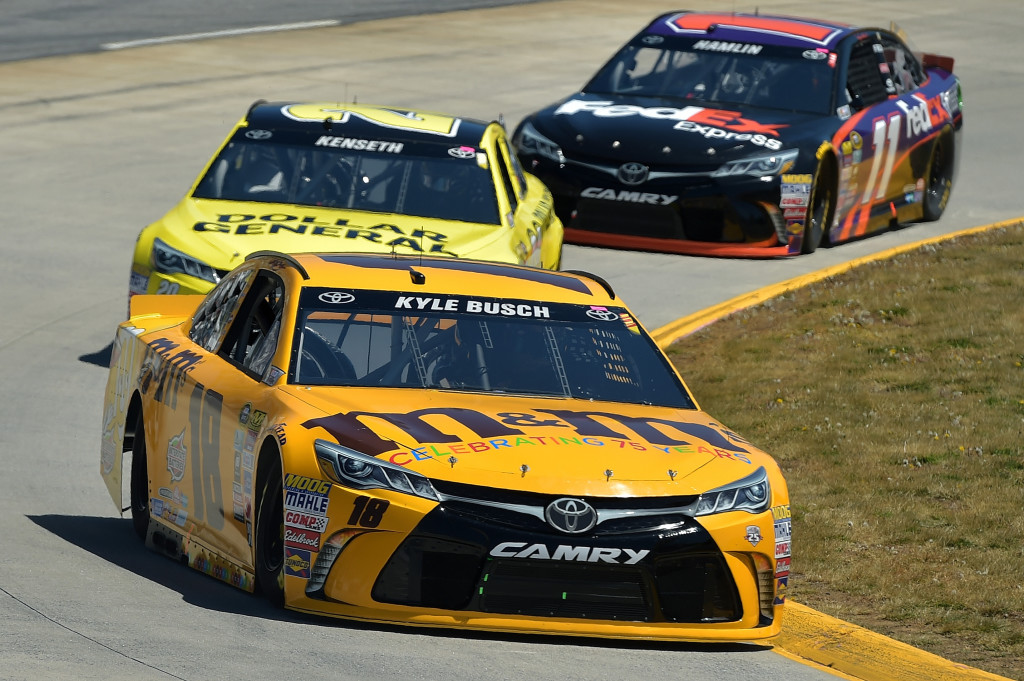 Busch dominated the race, leading 352 of the 500 laps earning his 35th Sprint Cup win, placing him squarely right in the middle of the Chase with his automatic acceptance for the win.  So, what did Busch learn on Sunday that he didn’t know before tangling with the short track this season?

“I think the biggest thing about Martinsville is the amount of off throttle time that you have here is greater than the amount of time on throttle that you have,” said Busch.  “So being able to put together lift and braking techniques and how to utilize the speed of the car without trying to go fast is the way.  You’re trying to go fast, but you’re trying to do it while slowing down.  That’s probably one of the biggest things.  I’ve never been very good at slowing down.”

On the last restart on lap 489, it was Busch staying out for track position proving his worth by pulling away from first, Matt Kenseth and then later having to contend with A.J. Allmendinger’s assault on the lead.  It was Allendinger’s first top five finish since he won at Watkins Glens in 2014. 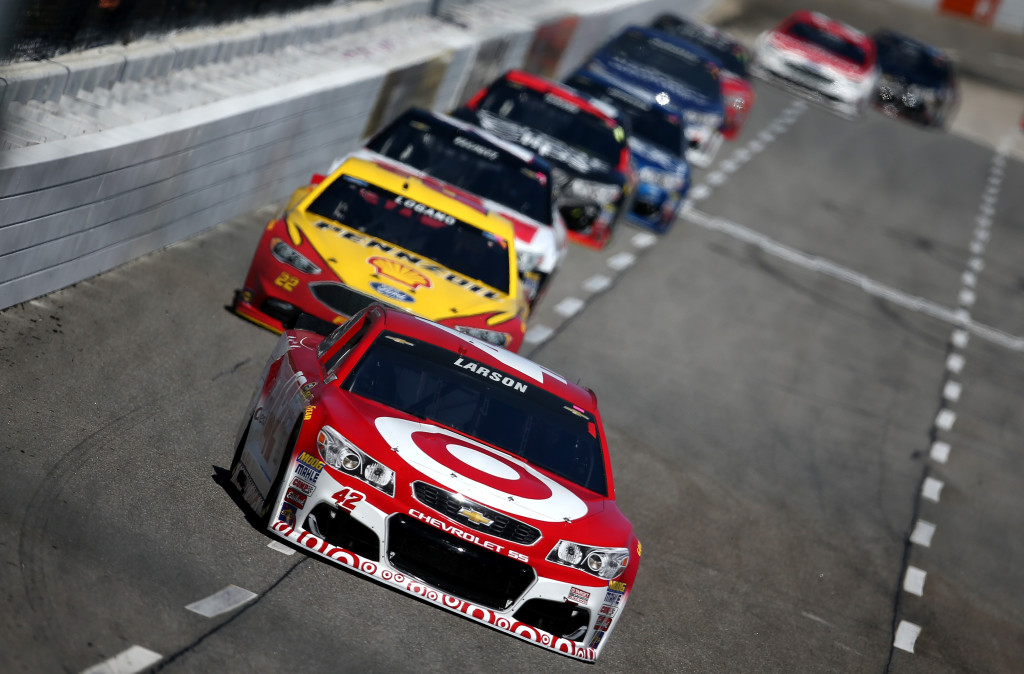 “God, I wish we had one more spot,” said Allmendinger, who restarted third with 11 laps left.  “We got our car really, really good on the long runs.  That’s kind of where I thought we shined.  We didn’t have great short-run speed, but after about 30, 40 laps we could really get rolling there.  I was kind of hoping we’d stay green the last 120 laps.  I figured that wasn’t going to happen, but I was praying we had a shot at that, because I felt like, if that happened, we had a great chance to win the race.” 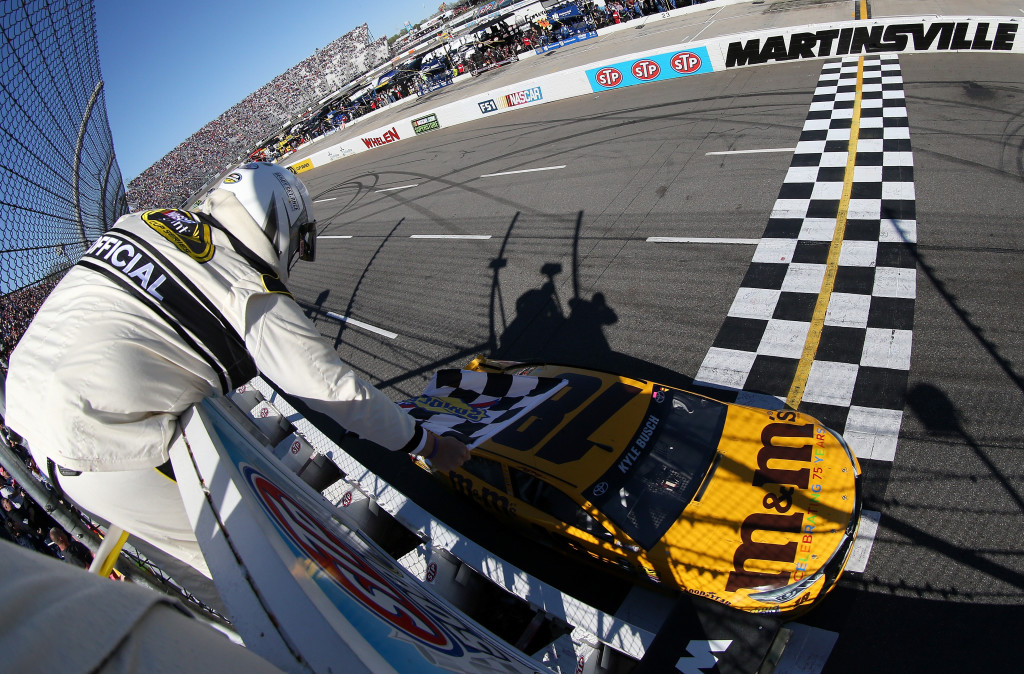 The average speed of the STP 500 was 80.088 miles per hour after eight caution flags for 51 laps.  There were 11 lead changes among five drivers.

Up next for the NASCAR Sprint Cup division is the Duck Commander 500 at the Texas Motor Speedway on Saturday, April 9, airing on FOX Network at 7:30 p.m.