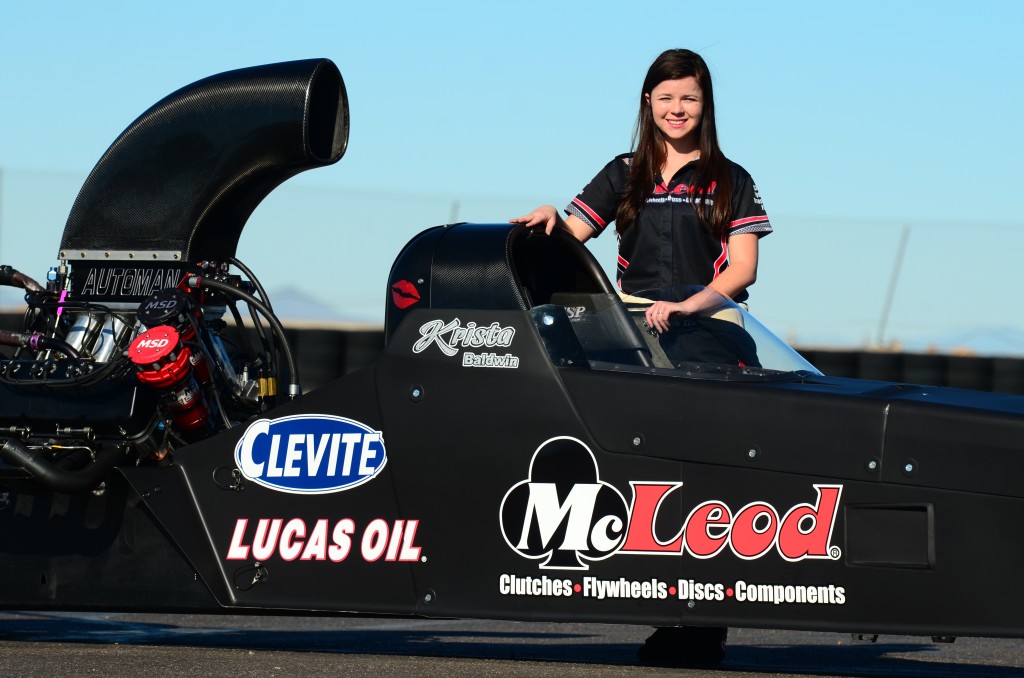 22-year-old Krista Baldwin, Top Alcohol Dragster rookie, will make her second appearance this season at the NHRA 4-Wide Nationals in Concord, NC with Anthony Dicero’s Nitro University/McLeod Racing A/Fuel Dragster. Racing at the same event for the first time ever will be Baldwin’s grandfather, Chris “the Greek” Karamesines. Baldwin will be promoting Moorseville’s USA Performance Parts as this weekend’s McLeod “Dealer of the Race”.

Baldwin debuted at the WinterNationals with an impressive 7th place qualifying spot and a 5.26 second run at 274 mph. She hopes to keep the momentum going for the 26 car field this weekend.

For Baldwin, the 4-Wide Nationals at Charlotte will mark the beginning of her Top Alcohol dragster career.

“A year ago this weekend, Jake Sanders, car chief for Anthony Dicero Racing, asked me if I could bring some nail polish to the track for Dicero’s 3 year old daughter,” said Baldwin. “Little Kolette chipped a nail and was not a happy camper. I dropped off the nail polish and that’s when I met Dicero, and in essense, that weekend was the start of my journey into the A/fuel Dragster.” 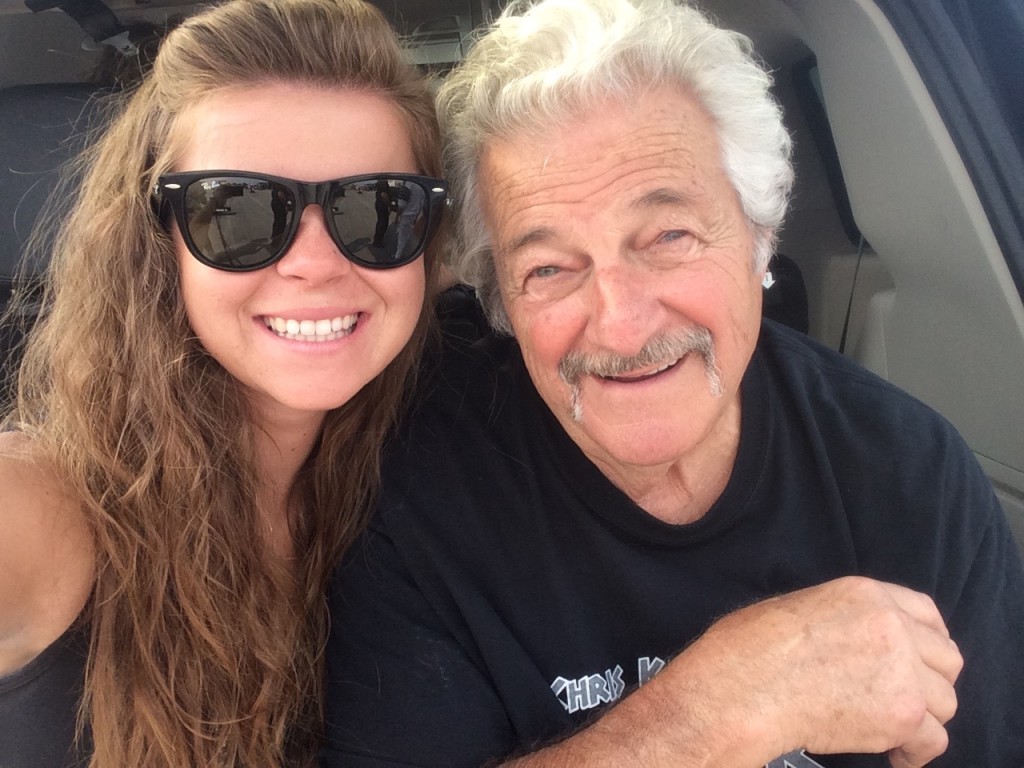 The event will be primarily sponsored by McLeod Racing, and USA Performance Parts will be this week’s McLeod “Dealer of the Race”. McLeod owner and NHRA Funny Car driver Paul Lee and Dave Bieneman have been good friends for many years.

“I am happy that Krista and I can help Dave promote our McLeod products with Krista’s car this weekend at the 4-wide Nationals,” said Paul Lee. “This is Dave’s backyard, so this co-promotion makes sense for both our companies.”