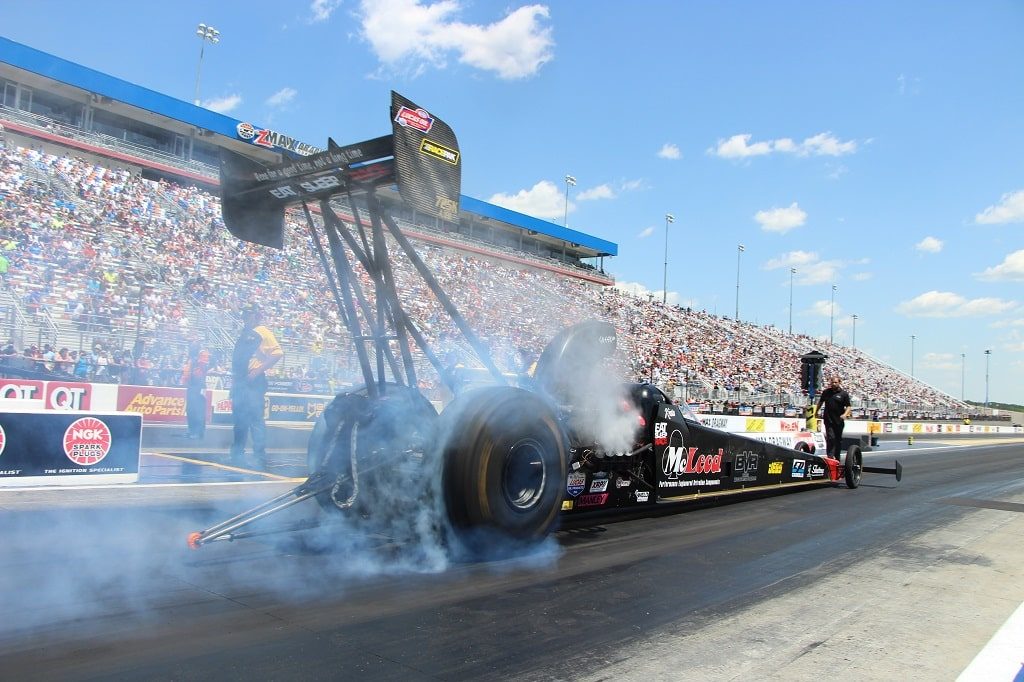 Krista Baldwin, driver for the Nitro University A/Fuel dragster team since 2016, has now taken on the responsibility of team owner for the 2019 season. This follows the decision of former owner Anthony Dicero to accept a full-time position with Justin Ashley Racing. Baldwin will make five races for her ownership debut, including national events in Joliet, Indianapolis and Norwalk and regional events in Division 3..

“Every year since I was a little girl, my parents asked me what I wanted for Christmas, and of course it was always, jokingly, my own racecar,” says the 25-year-old racer, “and now my wish finally came true.”

After attending the Nitro University in 2015 to receive her Top Alcohol Dragster crossover license, Baldwin made her national event debut at the 2016 Winternationals. Since that time, she’s raced and crewed for her team with numerous drivers at the wheel. 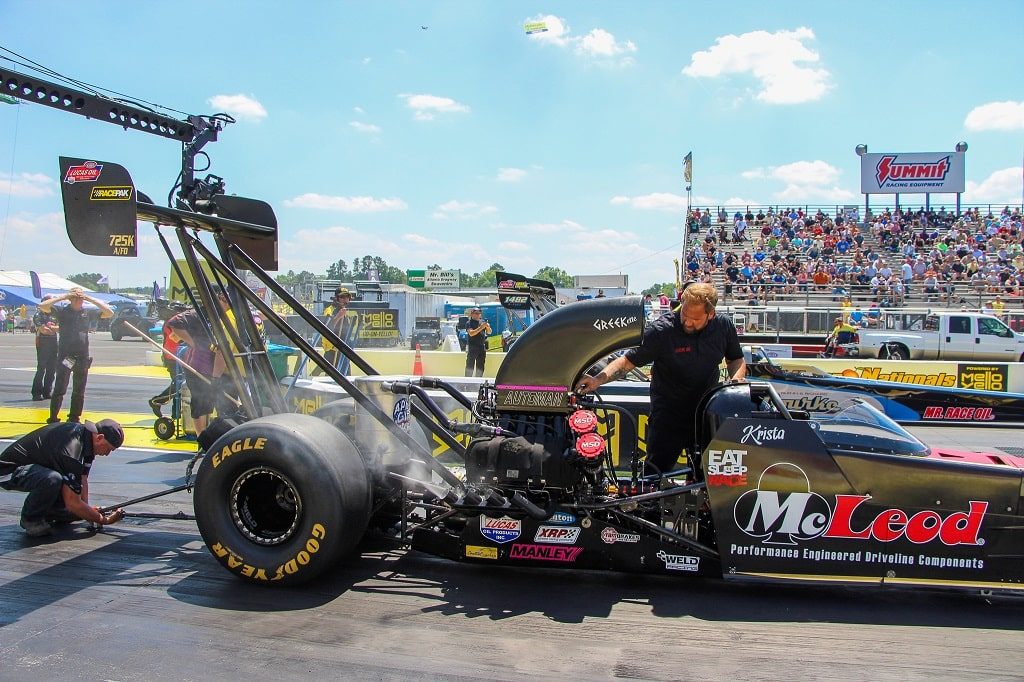 “First I need to thank Anthony Dicero, his wife Jess and their daughter Kolette for trusting me with their racecars over the years,” she notes. “They have invited me into their family and we hustled together to keep our dreams rolling down the road. We’ve seen a lot, learned more than I can imagine – and now it’s time to take the next step of owning a car.

“I have been around a dragster my whole life, I understand the amount of work and upkeep these cars require. This last year, I have stepped back from primary driver on the A/Fueler and was able to learn more of what happens behind the cockpit and how to run a successful team. Every weekend was a learning curve whether I was driving or crewing – or sometimes I was doing both. I want to thank Anthony for supplying the tools I need for running a team.” 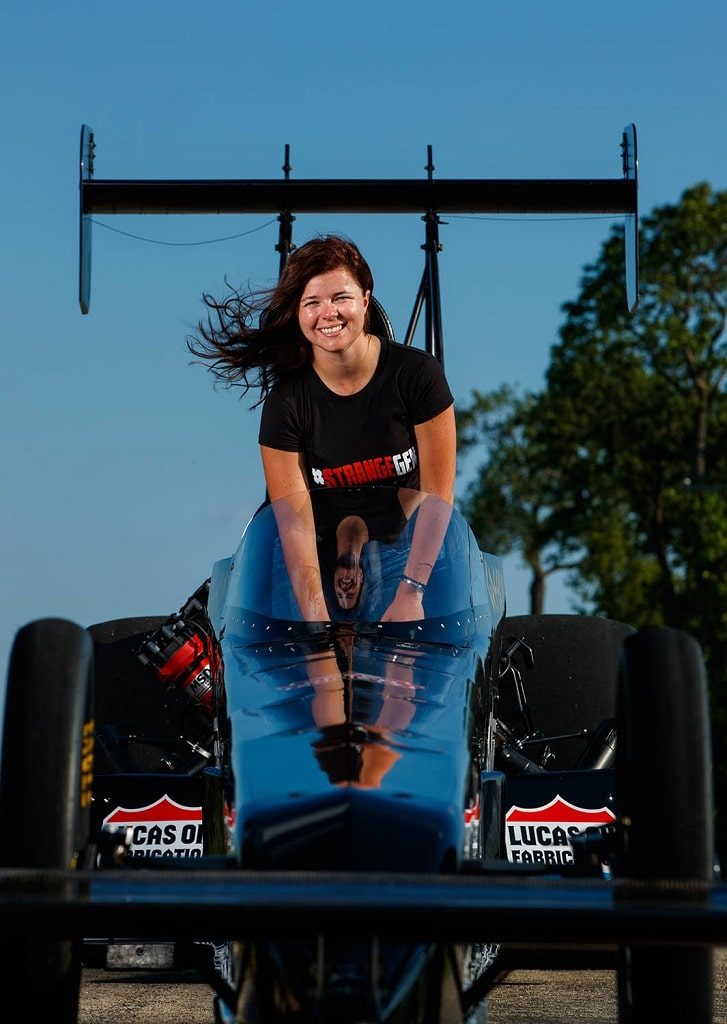 Baldwin plans to continue as the Creative Director at McLeod Racing and will also be involved with Paul Lee Racing. Paul Lee just announced his involvement with the Straightline Strategy Group and will return to nitro funny car racing this year.

“I believe 2019 will be the year that will define who I am as a business woman, racer, car owner and team member,” says the third generation nitro driver. “I am beyond excited to see Paul (Lee) jump back into the game. I cannot put into words how grateful I am to have him on my side. He is a wonderful mentor and I couldn’t ask for anything else.”

Baldwin will also continue the Nitro University program for perspective students who wish to work or drive the A/Fuel dragster.

“Nitro University is where I got my start and I want to make sure people still have a place to learn,” says Baldwin. “You will be able to join the crew for the weekend course to learn how to pull the heads, or service the clutch, or learn how the basic operations of the car. If people are interested in obtaining their license, I would be glad to help. This past year I have helped Jordan Vandergriff and Jasmine Salinas get their start, and now they are both looking at promising 2019 seasons.”

With multiple duties on her plate, there’s no doubt that 2019 will be an extremely busy year for Baldwin, but she believes her passion and determination will carry her through as she turns to the next page in her racing career. 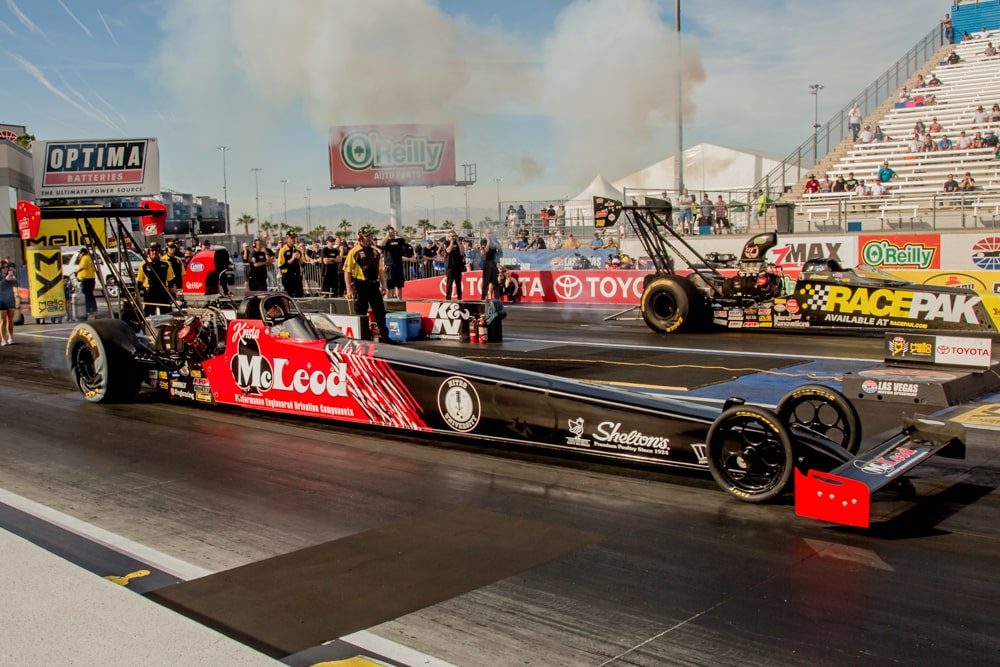