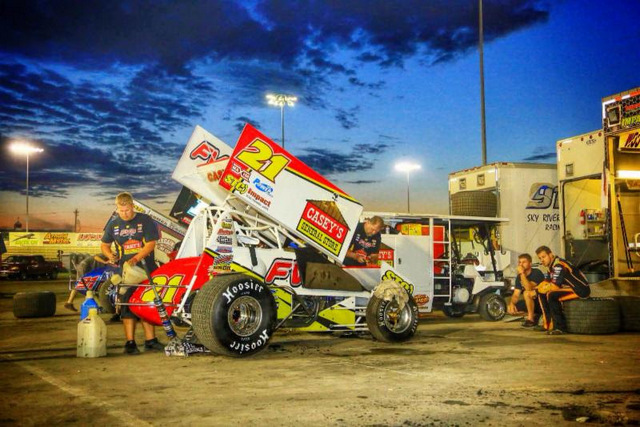 The 54th Annual FVP Knoxville Nationals presented by Casey’s General Store is quickly approaching and the July 12th entry deadline is this Saturday. Teams that enter on time by July 12th are entitled to 6 pit crew members entering at the cost of $30 per pit pass each night. Entries received after the deadline will not be eligible for this discount and will be charged $50 per pit pass each night. That is a savings of $120 each night and possibly $480 total for four nights of racing. All teams are encouraged to enter by July 12th.

During the 2013 season, Knoxville Raceway had more than 211,000 visitors to the famous half-mile dirt track. The Knoxville Nationals combine racing with a cultural festival featuring parades, live music, camping, and expositions.This August 6th – 9th more than 100 drivers compete for a nearly million-dollar purse and the esteemed title of 2014 Knoxville Nationals Champion.

For more information about Knoxville Raceway events go to www.knoxvilleraceway.com or call (641) 842-5431.