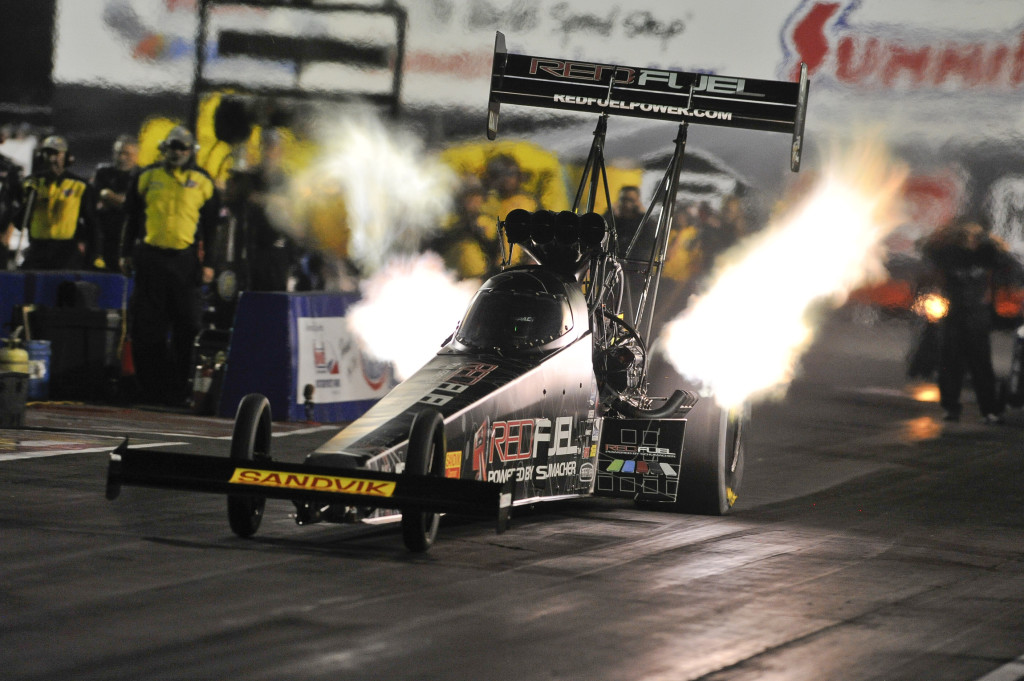 The 36-year old alBalooshi, a Los Angeles resident and citizen of Dubai in the United Arab Emirates, won four NHRA Mello Yello Series Top Fuel titles in eight championship rounds from 2012 through 2014 while driving for Alan Johnson Racing.
“We’re excited that DSR was able to get a driver with Khalid’s credentials to drive our dragster in the U.S. Nationals,” Schumacher said. 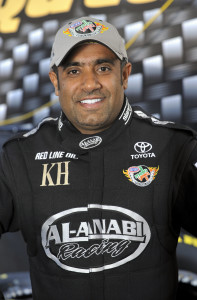 alBalooshi, presently campaigning on the NHRA Pro Mod series, welcomes this chance to return back to Top Fuel racing.
“I was surprised a bit when I got the call from Don Schumacher, and I am very excited to be able to drive one of the top cars,” alBalooshi said. “I have been good friends with (co-crew chief) Phil Shuler for a long time and know Todd (Okuhara, team manager). It is a very good team.” Schumacher release a terse statement on Friday evening affirming his stance on the matter. “Spencer is no longer with DSR,” team owner Schumacher said. “He violated a DSR policy and would not correct the violation. I feel badly for members of the team because they will not be able to compete for a world championship or next weekend’s Traxxas Shootout title.” Massey was in 10th place in the NHRA Mello Yello Top Fuel points standings before his departure.

Schumacher and DSR will have no further comment until Friday’s DSR Open House to benefit Riley Hospital for Children at DSR headquarters in Brownsburg, Ind., that is free to the public from 10 a.m. to 3 p.m. when a further announcement is expected to be made.