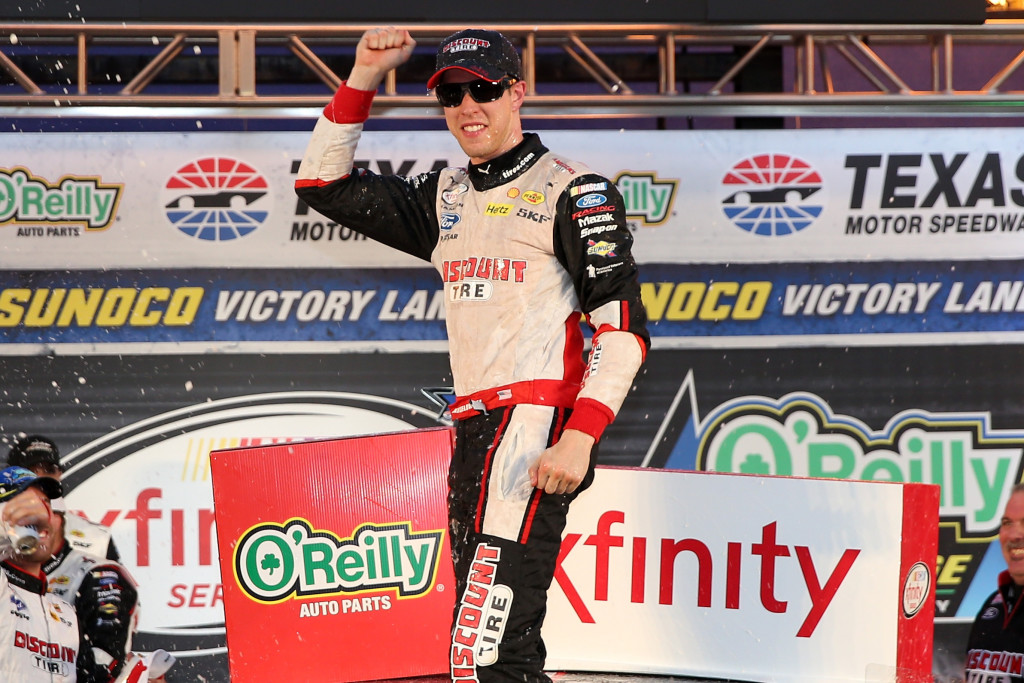 In what Brad Keselowski called a ‘Funky’ race, a series of drivers raced to the front only to fall by the wayside, which sent him to victory lane Saturday at the NASCAR Xfinity Series O’Reilly Auto Parts Challenge at Texas Motor Speedway.  Keeping his distance in the final laps over a determined Kevin Harvick led him to capture his 34th Xfinity victory.

The monumental moment of the day was celebrated by the Penske Racing No. 22 Ford Mustang team in clinching the NASCAR Xfinity Series car owner championship for the fourth time in the last five years and third year in a row for owner and racing mogul, Roger Penske.  The win was the No. 22’s eighth of the year shared between Ryan Blaney, Joey Logano and Keselowski. 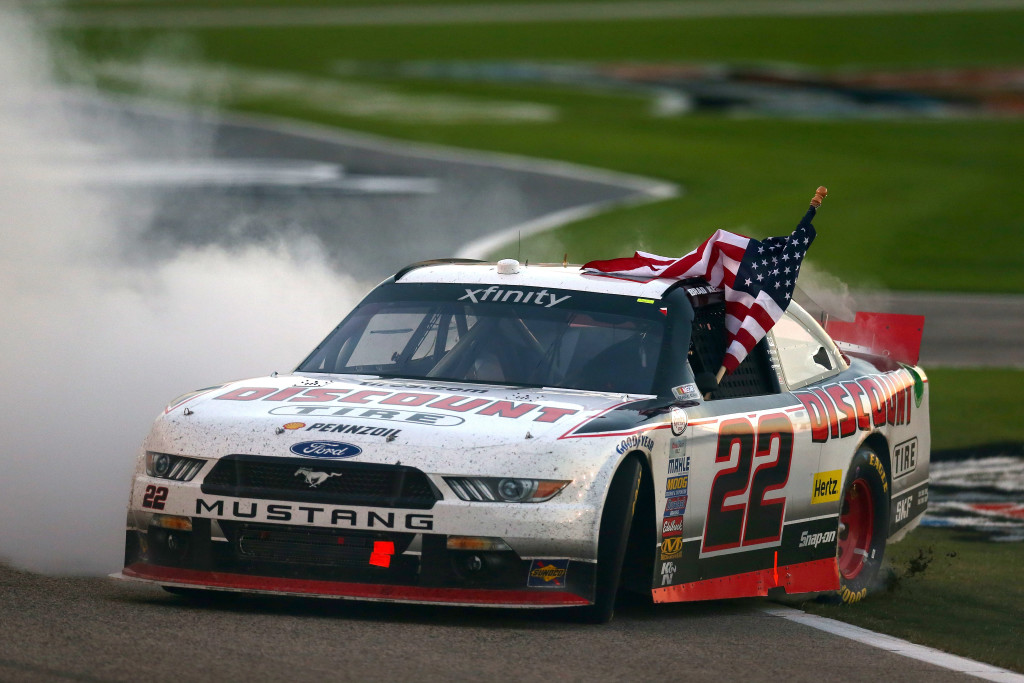 Keselowski, rolling home victorious for the second time this season along with his second at Texas Motor winning there in 2013, saw Kyle Busch zip away early in the race, then later, watched Daniel Suarez assume the lead.  Austin Dillon looked stout following Harvick to the front.  Then out of nowhere, Kyle Larson made an assault on the lead, stretching his advantage until he cut down a left rear tire, bringing out the fourth and final yellow flag.  On the restart on lap 189 of 200, no one could match Keselowski’s consistency with each contender falling away with handling problems, leaving him in the right place at the right time to see the checkers first. 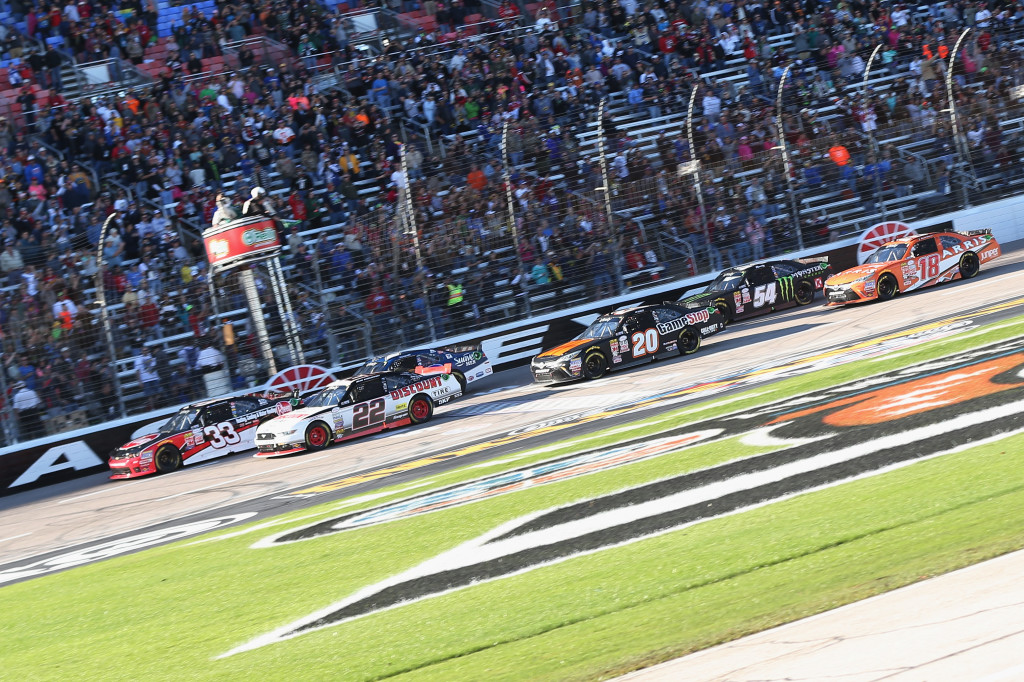 “There was a lot of competition out there today, and that makes this win very special for the whole team.”

Finishing 11th, Xfinity Series point leader Chris Buscher moves a little closer to the title, giving him a margin over Chase Elliott of 24 points with only two races to go (Phoenix and Homestead).  Ty Dillon stays third, 30 points out, followed closely by Regan Smith who is trailing by 31 points.

“It isn’t comfortable yet,” Buescher warned.  “It is a cushion that we have, and I guess you average that out to 12 spots per race, so if we go out and finish top-10 the last two, we should be in good shape.  That still would be cutting it too close for comfort, but we need to just have some solid runs the next two weeks.” 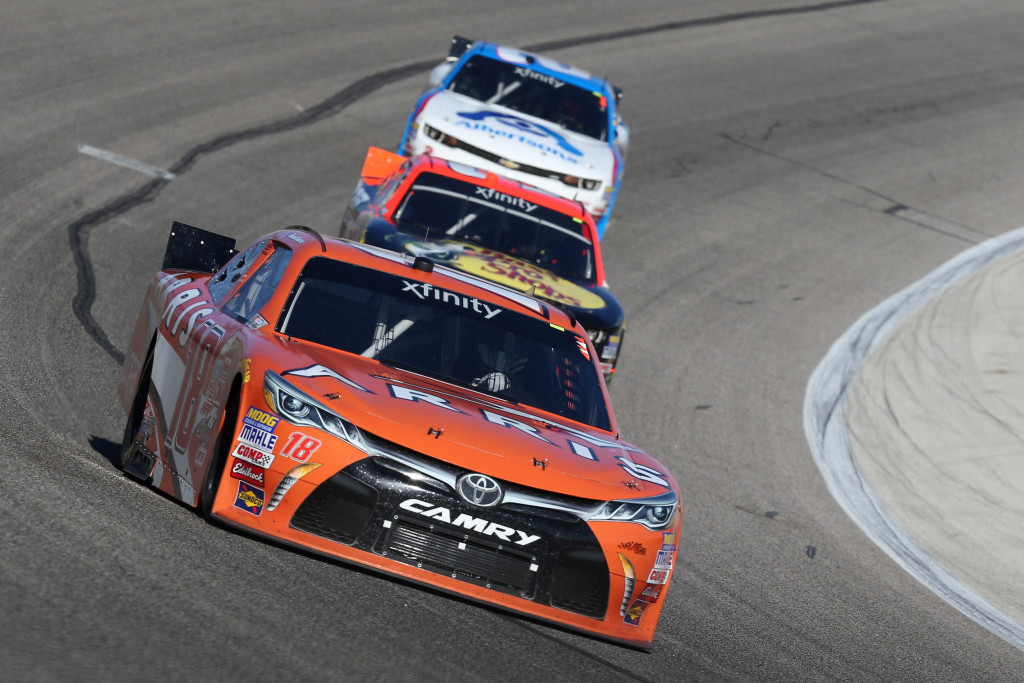 The average speed of the O’Reilly Auto Parts Challenge, a 300-mile race, was 139.607 mph.  There were four caution flags for 23 laps with 17 lead changes among seven drivers.

The next NASCAR Xfinity Series event is the DAV 200 Honoring America’s Veterans at the Phoenix International Raceway on Saturday, November 14, starting at 3:30 p.m. on NBCSN.