Brad Keselowski overcame a pit road speeding penalty to prevail in a rain-delayed NASCAR XFINITY Series DC Solar 200 at Phoenix’s ISM Raceway on Saturday. The race was red flagged twice due to rain. Kevin Harvick outlasted the competition in the Monster Energy NASCAR Cup Series TicketGuardian 500 on Sunday. This was Harvick’s ninth race win at the Phoenix track. 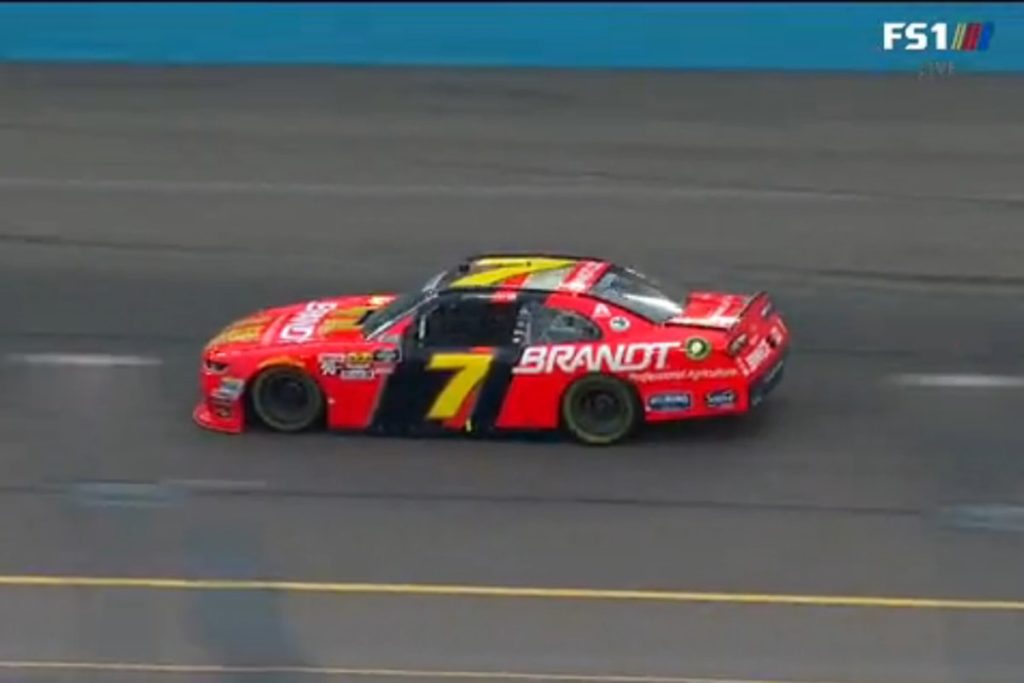 Justin Allgaier drove his Number 7 JR Motorsports Chevy to the lead at the drop of the green flag in Saturday’s XFINITY race. He did it again after a caution at Lap 27. Brad fought back to battle Allgaier, and Kyle Busch tried to take advantage of their battle. Kes and Allgaier made slight contact, dropping the Number 22 back to fifth. Allgaier held on for the next few laps for the stage win. Christopher Bell, in the Number 20 Toyota from Joe Gibbs Racing, crept up and Keselowski was able to pass Busch for third. 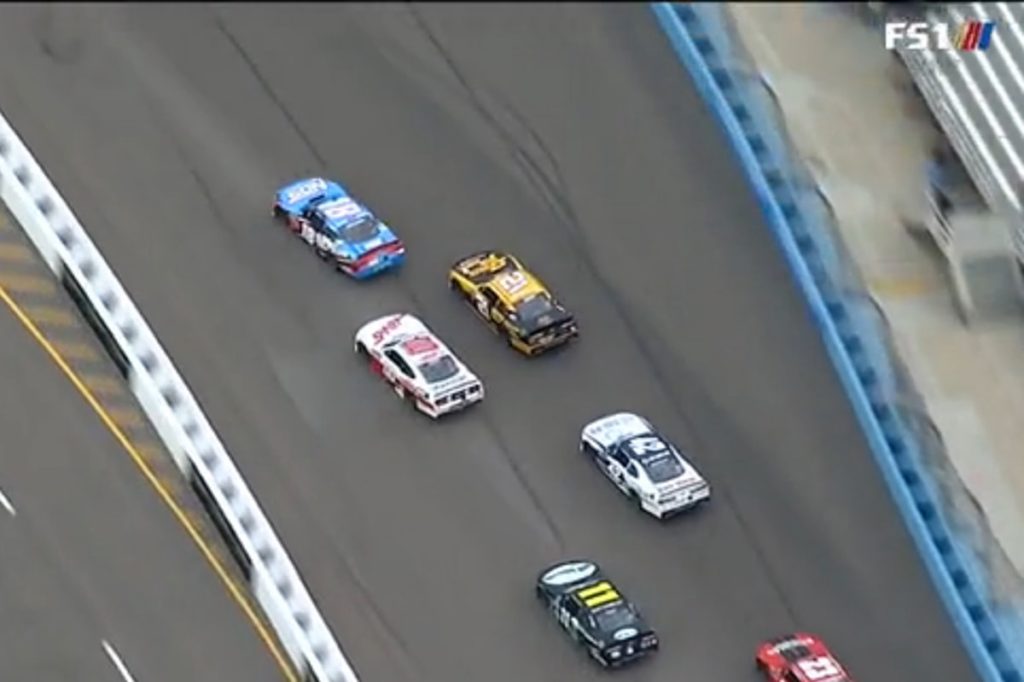 Rain came along and delayed the completion of the second stage for 1:34:57. The resulting caution is where Keselowski was caught speeding on pit road. Another rain delay of 25:21 came late in the stage. When racing was finally resumed, Kyle Busch took the stage win. Daniel Hemric in his Number 21 Richard Childress Racing Chevy was in second, and the Stewart-Haas Racing Number 00 Ford of Cole Custer took third. 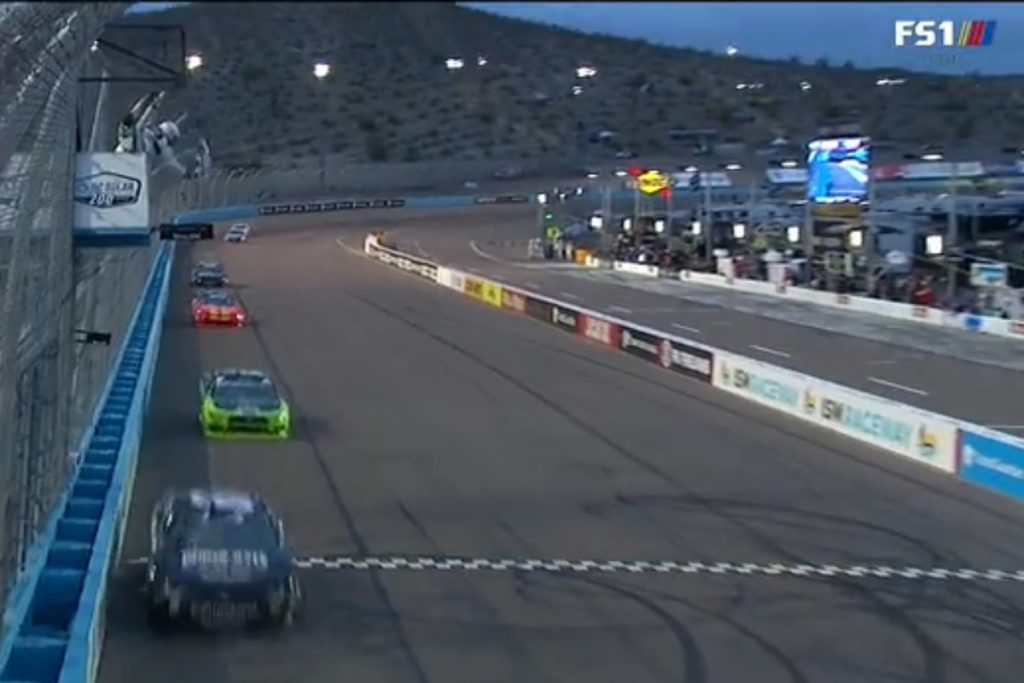 Christopher Bell made the last few laps of the race exciting up front as he battled for position with Keselowski, Allgaier and Kyle Busch. Brad crossed the finish line first with the checkered flag waving and was followed by only .530 seconds by Allgaier. Busch trailed in third. Allgaier led the most laps with 76, followed by Keselowski’s 66, and there were only nine cars on the lead lap when the race finished. Allgaier and Busch were both found to have a loose lug nut in post-race inspection. Jamie McMurray capped his first XFINITY appearance in five and a half years with a fifth place finish.

Harvick Puts in Strong Performance in Third Win in a Row 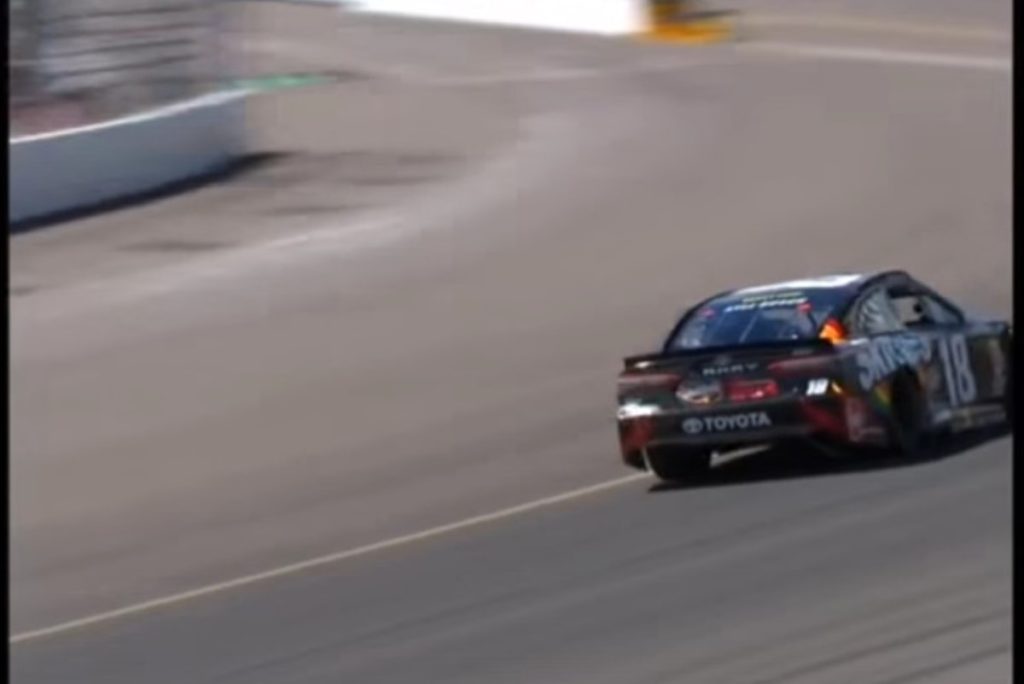 Martin Truex, Jr. started on the pole in his Number 78 Furniture Row Toyota and immediately fell back, basically out of contention all day long. Kyle Busch in the JGR 18 put in a good first stage performance for the stage win. Harvick, driving the SHR Number 4, started and kept going strong, turning his tenth place start into a second place stage finish. Kyle Larson took his Number 42 Chip Ganassi Racing Chevy to a third place finish in the stage. 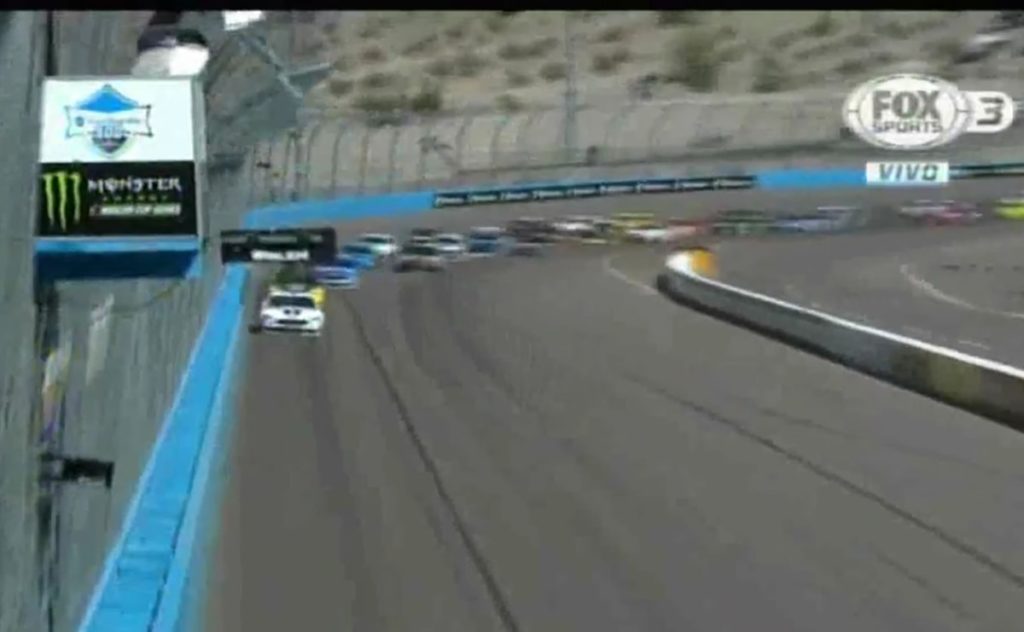 Ford swept the second stage. Big brother Kurt decided to get into the action and powered his Number 41 Stewart-Haas Racing Ford to the stage two win. Keselowski continued his success from Saturday and put together a second place stage performance. Ricky Stenhouse, Jr., driving for Roush-Fenway Racing, came on strong and took third place points. 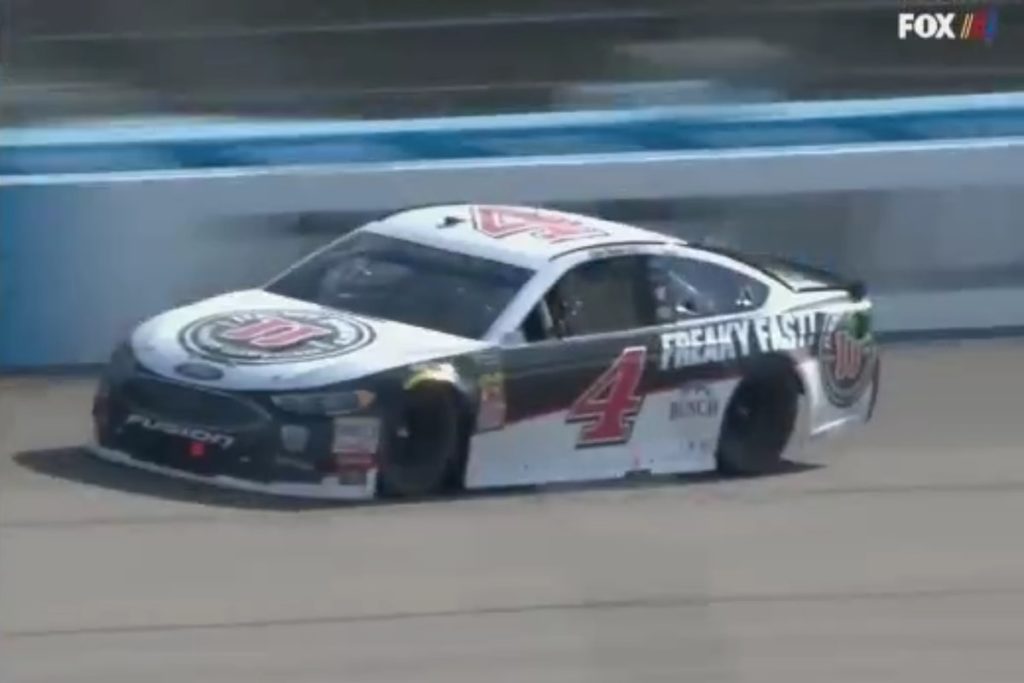 Harvick dominated the last stage again. He became only the third driver in NASCAR history over the age of 40 to win three races in a row. Kyle Busch finished strong in second, and Chase Elliot overcame his terrible luck and toughed it out for a third place finish for his Hendrick Motorsports Number 9 Chevrolet. The race could be described the way some veterans describe combat: “90 percent boredom and ten percent action.” There wasn’t much action, especially in the top five or so, but there was some good side by side action every now and then back in the pack.