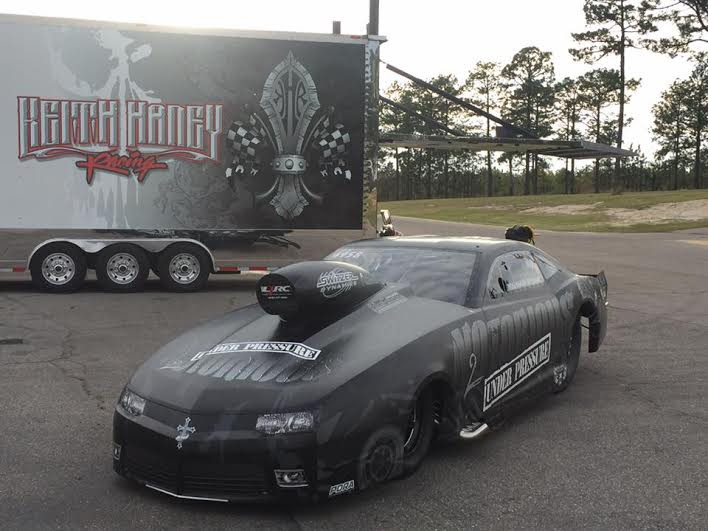 Lucas Oil/RacingJunk.com Pro Nitrous racer Keith Haney will donate his winnings from the PDRA Spring Nationals last weekend at Rockingham Dragway to Ian Tocher, the photographer injured in the crash that took the life of Top Sportsman driver Ronnie Davis.

Haney reached the semifinals in the Pro Nitrous class during an emotional weekend at Rockingham Dragway.

“I am donating my winnings from the race to Ian and his family,” Haney said. “I’m going to match what I won and give that amount to his family. He works for Drag Illustrated, and he’s going to be off work, so if this can help just a little, then that will make me happy.”

According to Haney, Todd Martin, his partner in Osage Casino Tulsa Raceway Park, will donate some money to Tocher and his family as well.

Tocher suffered injuries to his lower extremities after Davis’ car left the racetrack and flew over the retaining wall. Tocher was transported to UNC Medical Center in Chapel Hill. N.C., where he is listed in stable condition, according to media reports. 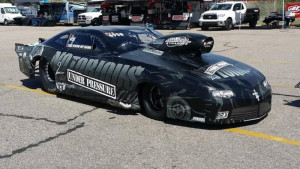 “He does a lot for our racetrack,” Haney said of Tocher. “He has written some press releases for Osage Casino Tulsa Raceway Park after some huge events. Ian has made it a point at every single race to come hang out with us for at least an hour. He holds a special place in my heart.”

Haney was at the top end when Davis crashed, and he was part of the effort of helping Davis from the wrecked car.

“It was a pretty emotional moment for me,” Haney said.

Haney then had to race in the first round against Ron Muenks, whose car owner is practically Haney’s neighbor.

“First round was the toughest thing for me to do,” Haney said. “We were racing our cohorts, Jeff and David Pierce, who live 30 minutes from me in Tulsa (Okla.). We go all the way to Rockingham to race first round.

“After I won first round, I sat there, left my seat belts buckled, and said a prayer. It was a pretty emotional moment to be down there.”

That put Haney against rival Jay Cox, but Haney left too soon and drew a red-light to give Cox the ticket to the final round.

Still, Haney enjoyed another successful weekend, as he qualified in the top half, earned a trip to the semifinals, and moved to fourth in the Pro Nitrous points standings.

“We finished up last year strong,” Haney said. “We made to the semi’s in Virginia in the last race. This year, we went out first round in Tulsa, but we qualified well. We made some changes to the current program, and at Rockingham we reached the semi’s again.

“In the last three races, we’ve been to the semi’s twice. That’s pretty strong. It’s hard to win in Pro Nitrous.”