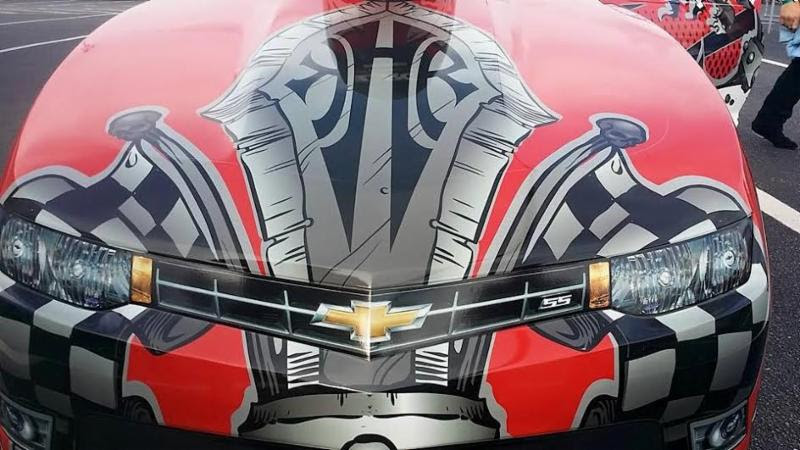 The next time the Professional Drag Racers Association stages an event, Keith Haney and the Keith Haney Racing Pro Nitrous team are sure to be one of the favorites. Haney is coming off a spectacular showing at the Mid-America Open at Gateway Motorsports Park, where he set his personal best elapsed time and speed.

“I’ve got a lot more coming for all of them,” Haney said. “They just got to see a little bit of us in St. Louis. They’re fixing to get the whole ball of wax.

“Now, instead of people taking me for granted, I’ve made a statement. You’ve got to know when you go to the line next to me that you better be ready.”

Haney’s terrific pass of 3.765 seconds at 201.10 mph came in the first round of eliminations in St. Louis, and while it wasn’t enough to hold off No. 1 qualifier Travis Harvey, it was the only run in the 201-mph range in the round and capped a stellar weekend.

Plus, it puts Haney and his RacingJunk.com/Lucas Oil Chevrolet squarely in the race for a $5,000 bonus to be paid by Pro Nitrous team owner Bryant Marriner for the first driver in the 3.6-second club.

“We’ve got so much more left in the Reher-Morrison powerplant that these boys are all going to know it when I come to the next race (in Martin, Mich.),” Haney said. “Now, it’s going to be a little hotter there, so nobody’s going to run as fast. But when the weather permits us to run in the 3.60s, we’re going to do it. We’re going to be the team to do it.”

Haney is able to back up his bark because of the weekend in St. Louis. He took delivery of a new Reher-Morrison Racing Engines powerplant before that race, with Brandon Switzer leading the installation at Larry Jeffers’ shop.
The Camaro from Larry Jeffers Race Cars is still new, too, and getting the new motor puts Haney among the Pro Nitrous elite. The third full hit with the new combination helped Haney reach 200 mph for the first time (200.23 mph) during testing before the race.”About half-track, I could feel the power of the new motor that’s in the car,” Haney said. “The G forces, everything, you could feel it all.”

“About half-track, I could feel the power of the new motor that’s in the car,” Haney said. “The G forces, everything, you could feel it all.” 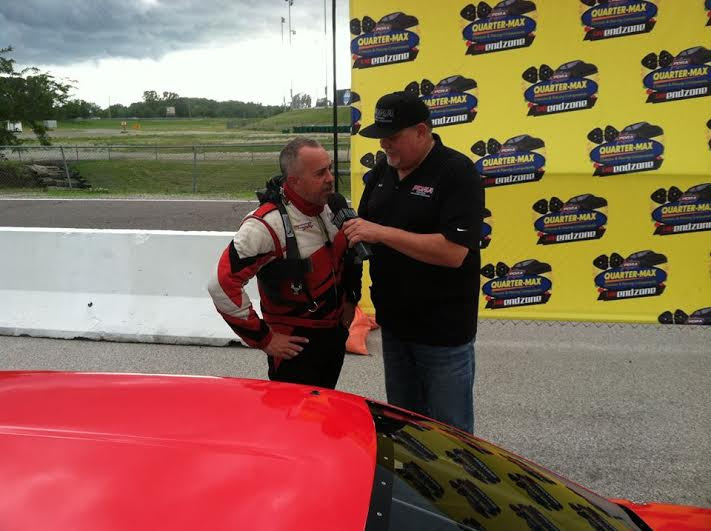 Haney caught an unlucky break in qualifying because his best pass came in hot, muggy conditions on Friday. The rain came and after the track was dried, temperatures had dropped and other cars had better conditions and understandably went fast.

Haney then chattered the tires in the second qualifying session and nearly turned the car around in Q3.

“You could read my name from the starting line,” Haney said. “It was up on two wheels, heading to the wall, but I got the car lined up and going straight. I thought, ‘What the heck just happened?’ ”

Haney then got his brain trust together, bringing Switzer, chassis tuner Brandon Pesz, and chassis builder Jeffers in for a meeting. They decided to make some more changes for the first round of eliminations, where Haney, the No. 16 qualifier, lined up against Harvey in the last pair of cars to race.

“I’m back there thinking, ‘I hope I can go down the racetrack,’, ” Haney said.

Haney was sharp on the Christmas Tree, busting a .009-second reaction time to get a .049 jump on Harvey.

But Harvey’s car was steaming and caught Haney with a 3.707-second run.

“I set my e.t. record and my speed record all in the same run, against the No. 1 qualifier. What’s weird is he set the e.t. record in the same pass. It was a hell of a drag race and a lot of people weren’t expecting that — I wasn’t.”

Haney, though, was hardly frowning.

“I said at the top end, ‘I’m the happiest loser you’ve ever met,’ because I didn’t lose,” Haney said. “I ran my career-best e.t. and career-best speed. In no way, shape, or form was that a bad drag race. It was a great drag race; I just came up on the other end of the stick.”

But Haney now knows he’s a threat to win in Martin and to get into the 3.6s at some point this season.

“These guys have busted their butt all year,” Haney said. “I want to thank the three hardest-working guys — Andrew Arnold, Randy Hancock, and Dale Hancock — for spending all their spare time helping me. We’ve had a tough year so far. The first three races were not good to us, but now after St. Louis we have a great feeling. The powerplant is there, the chassis is there, the people are there. Everything is going in the right direction, and we’re excited about the future. We can’t wait for Martin.”