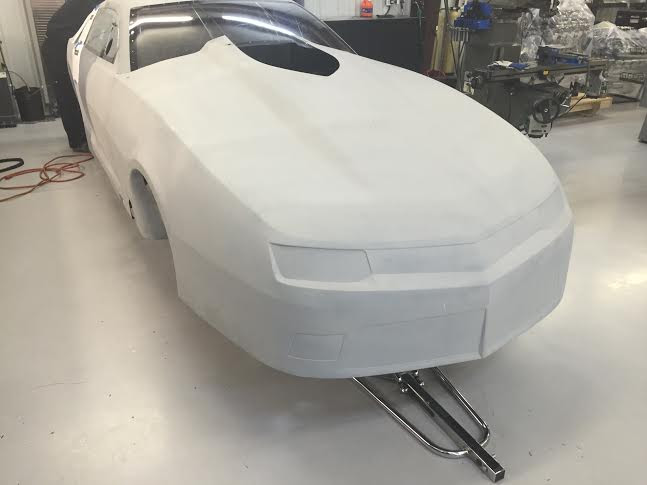 Anyone who’s every met Keith Haney knows that he’s a big personality – big plans, big events, big ideas, big gestures.  Which is why his latest surprise for the drag racing world is every bit as big as you’d expect from him: A whole new drag radial race car, Radial vs The World, which Haney will debut in the Lights Out 7 race on Feb. 18-21 at South Georgia Motorsports Park in Cecil, Ga.
Keith Haney built the new race car, in part, to counter the any speculation that he’s all talk  in the radial game, a race class that he’s been a fan of for the past several years.
“All of them think I talk the game but don’t want to walk the game,” Haney said. “Well, I’m not coming out as a pretender in this class; I’m coming out as a contender. My combination is going to work in a radial car.” 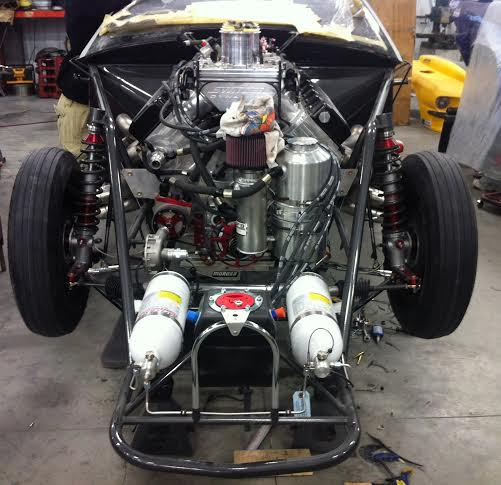 Haney’s new car, a Chevrolet Camaro, was built in secret by Larry Jeffers Race Cars, in the same style and vein as his Pro Nitrous car.  The secret was so well kept that not even Haney’s team knew what he was planning, requiring several schemes to keep his plan under wraps.
“My main focus is PDRA Pro Nitrous,” Haney said. “I want to go for a world championship in my nitrous car. We ended 2015 on an outstanding note, and we’re ready to start 2016 on another outstanding note. We went from the bottom part of the field to being in the top three or four. I’m looking forward to chasing the championship in PDRA Pro Nitrous.
“But, I built a radial car to have some fun. I want to hurt some feelings in the radial class, just for fun.”
ill race the new car at least three times in 2016, including at the Radial Revenge Tour race on April 1-2 at Osage Casino Tulsa Raceway Park.
Not even members of his Keith Haney Racing team knew what was going on, and Haney had to come up with several schemes to keep the drag radial car under wraps. 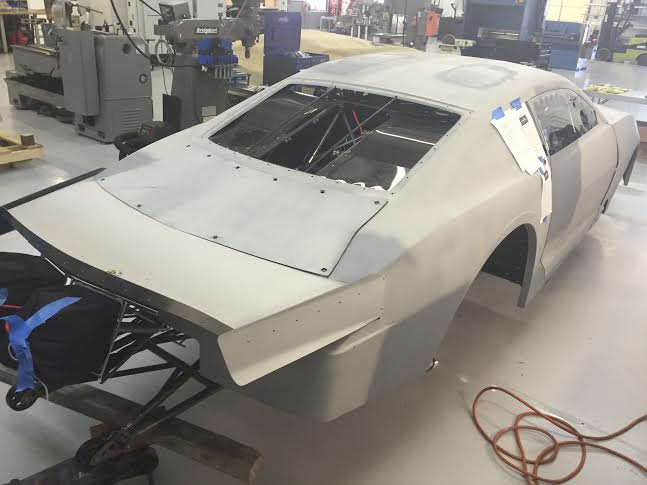 “What’s interesting is what it took for me to keep it quiet,” Haney said. “My crew usually doesn’t miss anything, and I had to figure out how to do it without them knowing.”
This included shipping the new engine from Reher-Morrison Racing Engines, the transmission, and other components to Jeffers shop marked “RVW” for Radial vs The World.  Jeffers’ shop mechanics didn’t know who the car was for either.
Jeffers, the only other person fully in on the joke, also had some fun with  the drag radial world, sharing a photo of the primer and radial tire with the caption: “Purposely built radial car for Lights Out 7.” Many people called Jeffers wanting to know about the car, but he simply told them he was putting radials on his special “Bad Bus” entry he uses in exhibitions. 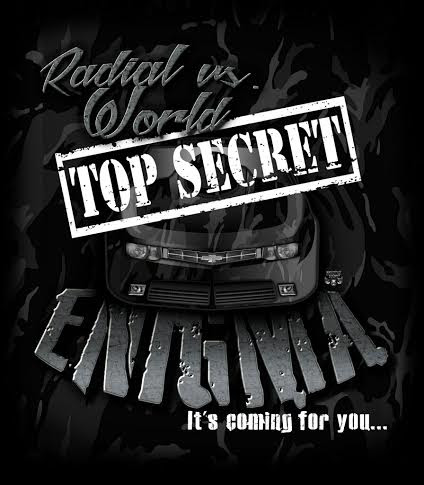 “This has been six months of keeping quiet, and I absolutely cannot believe I’ve made it this long,” Haney said.
When the car was done, it was shipped to Brandon Switzer’s Switzer Dynamics for tuning, wiring, and plumbing. Finally, on Jan. 9, Haney told his race team, including chassis tuner Brandon Pesz, about it.
“They all about killed me,” Haney said. “We’re going to unveil it at Donald Long’s Lights Out 7 race. He doesn’t even know that I’m coming.
“There are a lot of cocky guys in this class, and I think I fit right in. I thought ‘What the hell? I’ll jump in there and play with those boys.’ “
We talked to Keith this morning and asked him a few questions about the secret and about the build:
RJ: Why did you decide to keep this project a secret from everyone?
KH: I wanted to come out with a bang in the RVW Class
RJ:What intrigued you most about the drag radial opportunities?
KH: I really enjoyed all the racers i met and the cars are cool.
RJ: The Radial Vs The World is a twin of your Pro Nitrous car, minus the drag radial racing class and components. Why?
KH: Really it’s not at all the same but you couldn’t tell by looking at it!
RJ:What are your goals for racing RVW this season? And what are your Pro Nitrous goals?
KH:  To Win one race in drag radial, and to win a championship in Pro Nitrous.
RJ: What will your racing approach be for the RVW? Do you have to learn new techniques, new strategies?
KH: I have Brandon Switzer, Brandon Pesz and my team and they all know what they are doing so I leave that to them.
Haney’s foray into drag radial wouldn’t be possible without the support of partners Lucas Oil, RacingJunk.com, Switzer Dynamics, Pesz Performance & Tuning, Reher-Morrison, M&M Transmission, and Haney’s family of car dealerships: Suburban Chevrolet in Claremore, Okla.; Classic Chevrolet in Owasso, Okla.; Miami Auto Supercenter in Miami, Okla.; Regional Hyundai in Broken Arrow, Okla.; Nissan of Muskogee, Okla.; and Bartlesville (Okla.) Chrysler Dodge Jeep Ram.
About Andreanna Ditton 193 Articles
Andreanna Ditton is the Content Manager for MotorHead Media and the Editor-in-Chief for RacingJunk.com/news. She's been working in the automotive publishing industry since 2007 focusing on racing and performance for motorcycles and cars.