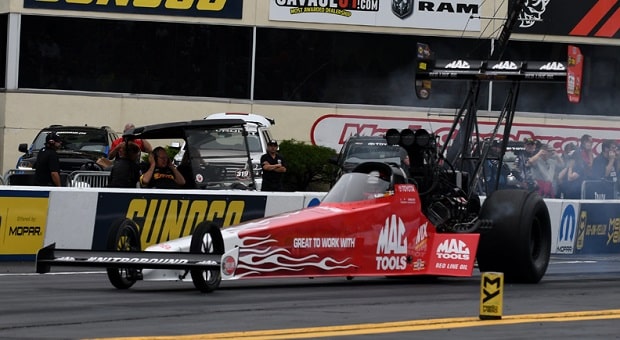 That hiss you heard on Monday afternoon was the air coming out of most NHRA Mello Yello Top Fuel contenders’ aspirations in the six-race Countdown to the Championship playoffs. During the third contest at zMAX Dragway outside Charlotte, N.C., Steve Torrence looked absolutely like the guy who flummoxed the competition in 2018 as he earned his first world championship in the dragster category.

At this point, Texan Torrence’s prime competition is Doug Kalitta, who began the Countdown with a runner-up result to teammate Richie Crampton in Reading, PA. He fell to the eventual winner, Steve’s father Billy at St. Louis’ quarterfinals, but came back last weekend to battle Steve Torrence in the finals, Kalitta’s 100th career final round. A wee bit of tire smoke enabled Torrence to power past the Michigan man, who acknowledged, “We have had an awesome race car since Labor Day.”

Steve Torrence’s start to this Countdown was the antithesis of his championship season, where the 2018 Countdown was a runaway – he won all six races. The reigning titleholder lost in the first round at Reading, but came back with a final round result in St. Louis (against his dad) and won in Charlotte, putting him back on track toward a possible second straight championship. 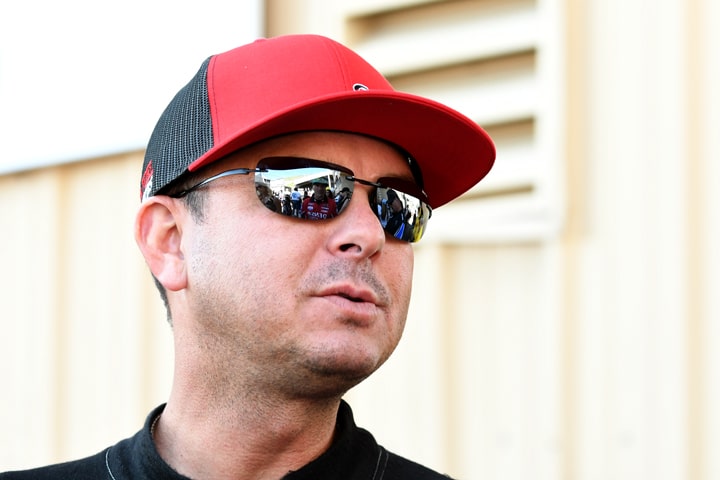 “You have to go rounds and you need to win races,” this year’s nine-race-winner said. “I think we need to win two more races to be pretty solid and have an opportunity to win another championship. We’ll just do the best we can do.” Returning to his home state this weekend feels good for Torrence, even as he contends with Kalitta, who is 30 points back – less than two round wins with a machine that Kalitta feels “very confident driving. The performance on race day has been great – we always expect to win and there is no reason to think we can’t make a run for the championship.”

There are only 178 points between first and tenth in the Top Fuel Countdown playoffs and the emphasis remains on the top duo and their collective strength in the first three contests. The dragster competitors are bunched tightly from third through tenth: Brittany Force has 2264 points, Leah Pritchett (2231), Mike Salinas (2227), Billy Torrence (2206), Austin Prock (2204), Richie Crampton (2196), Antron Brown (2194) and Clay Millican in 10th with 2178 points.

The weather could be a factor in crew chief tune-ups as the Dallas Motorplex is expecting ever-warming days through to Sunday with only a 20 percent chance of precipitation on race day. Expect temps to escalate from near 80 degrees to nearly 90 from Friday through Sunday with partly cloudy skies during eliminations being the sole respite. 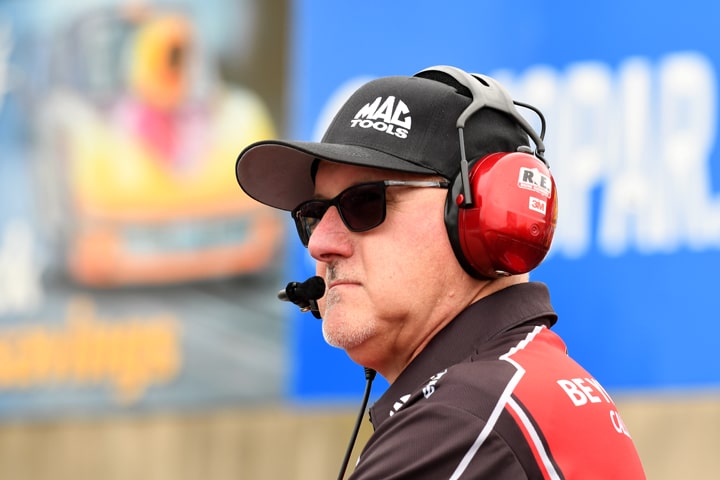 After racing on Monday the NHRA troops have rushed southwest to prepare their pits and race cars for the second race in a row during this playoff season on the all-concrete dragstrip. While Steve Torrence is the defending champion from this race in 2018, Kalitta has a No. 1 qualifier at the track and has raced to three final round results in his career on the Dallas-area track. These two are the ones to watch, this weekend, in Las Vegas as November begins and at the finals in Pomona. 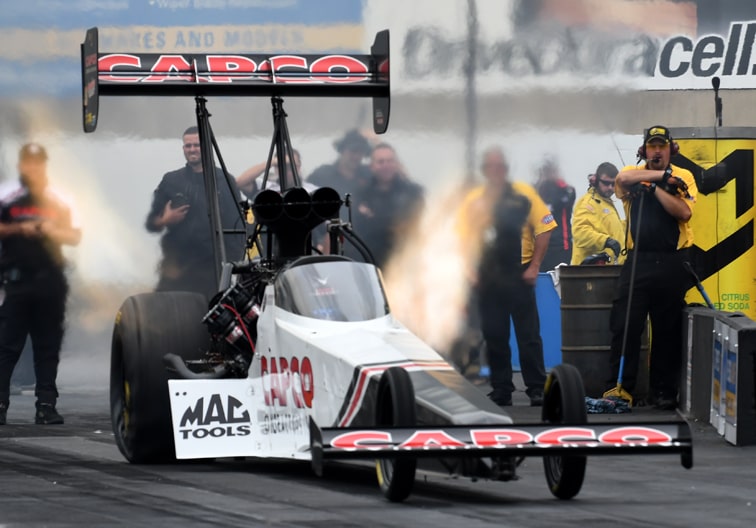 About Anne Proffit 633 Articles
Anne Proffit traces her love of racing - in particular drag racing - to her childhood days in Philadelphia, where Atco Dragway, Englishtown and Maple Grove Raceway were destinations just made for her. As a diversion, she was the first editor of IMSA’s Arrow newsletter, and now writes about and photographs sports cars, Indy cars, Formula 1, MotoGP, NASCAR, Formula Drift, Red Bull Global Rallycross - in addition to her first love of NHRA drag racing. A specialty is a particular admiration for the people that build and tune drag racing engines.