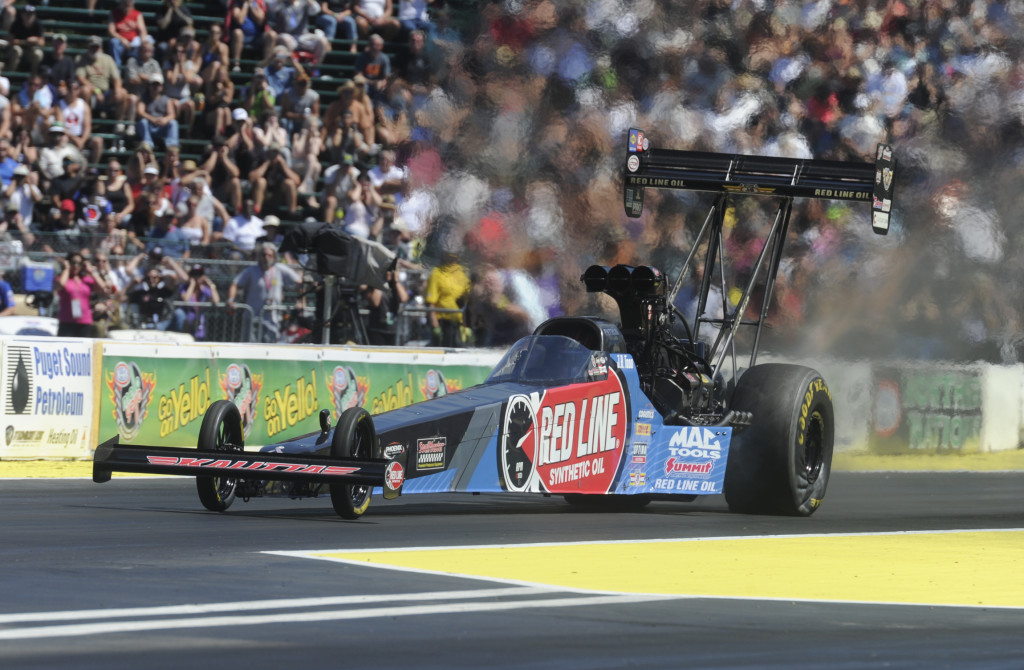 It’s been a tough first half of the NHRA Mello Yello Countdown to the Championship for Kalitta Racing Top Fuel driver J.R. Todd.  Breaking the huddle from the Michigan headquarters to get the second half kicked off, his Red Line Oil team heads south for the upcoming AAA of Texas NHRA Fallnationals at the Texas Motorplex this weekend.  For Todd and company, the all-concrete facility looks like the perfect place to make a strong rally, having won there in 2008.

After finishing second last year in the post season laurels, Todd has struggled in 2015, and he’s not the only one that wants to change some things around.

What the entire Top Fuel field is seeing this year is perfection in motion.  Antron Brown and his Don Schumacher Matco Tools team are 12-0 in the playoffs and seem to be only getting better, showing a potent championship stride winning at Charlotte, St. Louis, and Reading one after the other.

Todd had a final round appearance against Brown in Charlotte, but with only 24 round wins available, his two first round losses following his final sent him back to sixth, 251 points back, just that quick. 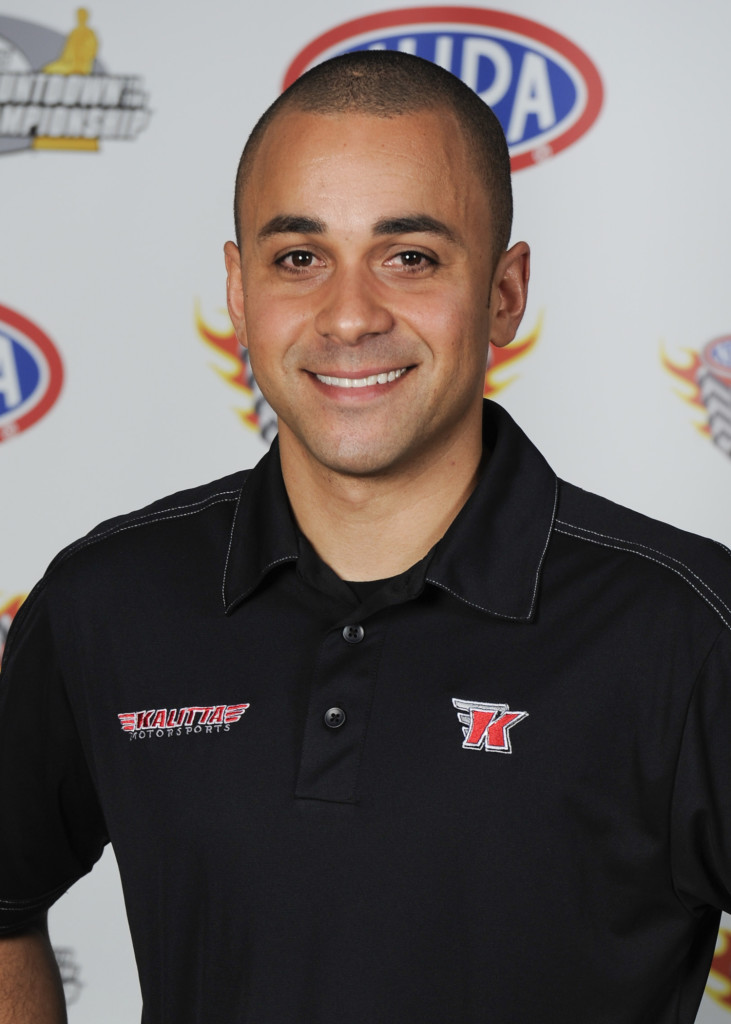 “More than anything, it’s got my focus and makes me anxious to get back to the track and stop it,” said Todd, this year’s Seattle champion.  “It reminds me of when we won Dallas in 2008 when Tony [Schumacher] had history going.  Now, we have to stop Antron’s streak.   Looking at the championship picture, it’s going to be a tall order to contend for that.

“Right now, all we can do is go out there and win the last three races to see where that puts us.  It’s not over, but I feel at the same time a lot of us are racing for the third spot.  The top two have definitely pulled away with a pretty big gap.  It’s going to be tough to catch either one.   You can’t give up; you have to give it your best.  I know we have a car capable of winning every race we show up to each weekend.  It gives me all the confidence in the world as a driver just knowing I can go out there and do my job.   I’ve got a hell of team behind me that’s capable of going out there and turning on four win lights.” 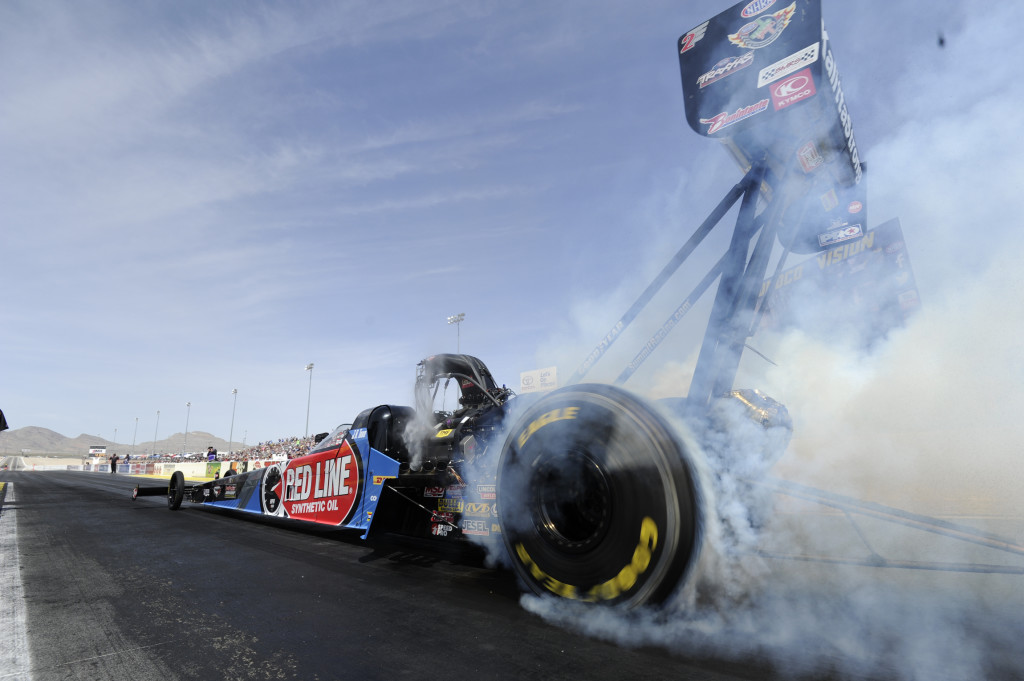 Following Brown is Tony Schumacher, behind by 94 points in second, but it’s the stretch from third to tenth that gets Todd primed to go forward.  He’s 57 out of third, but he’s right in the mix of seven other drivers.  It’s only an 80 points spread from Connolly in 10th to Brittany Force, who holds down third, 194 out of the lead.  Ahead of him are Richie Crampton, Larry Dixon and Force.  J.R. can’t be still any longer because right behind him is Shawn Langdon and Doug Kalitta, respectively, only four and eight points away from him.

“I know we can catch those three cars in front of us,” smiled Todd.  “It would be nice to contend for a championship and maybe with some luck we can keep the No. 2 on the wing again for next year.  It’s going to take winning races and have to have some help from the top two cars going outearly.  The two Schumacher cars have stumbled onto something that works for them extremely well so far in the Countdown.  Now they have been running well all season long, to where we’ve been up and down lacking the vital consistency needed right now.

“Reading, for example, was a fluke with only one qualifying session.  We got a bad spot in qualifying, drawing Schumacher first round.  We were one of the only cars to get down the track and we were out run by them. (3.741 to 3.776)  Honestly, there’s not much more we could have done there.  As a driver, I’m not changing my approach going into the last three races.  We’re going to go out there and try to be as aggressive as possible.  What forever reason it seems you go out there, rip the tree, and cut a good light and then you have Antron who is just a tick better than you are.  That shows there is improvement for all of us.  I’ve got to do whatever it takes to make myself better.”

At Dallas this weekend, the temperatures should be hovering in the 80s.  Maybe the weather could be an equalizer for Todd; however, this Texas race especially will hold so much promise and a ton of disappointment by Sunday evening for the competitors.

“Well, after seeing the weather, I would say the National Record is safe for this weekend in Dallas,” Todd said with approval.  “Hey, at the Texas Motorplex last year, we qualified well there and set the track record and went to the finals so we should be in good shape.  When we get to Vegas and Pomona, you don’t know what is going happen.  We have to gather as many qualifying points and those add up.  Low ET in the top three in the qualifying rounds and take as many points away from Antron.   That’s going to be tough to do and has been, so far.” 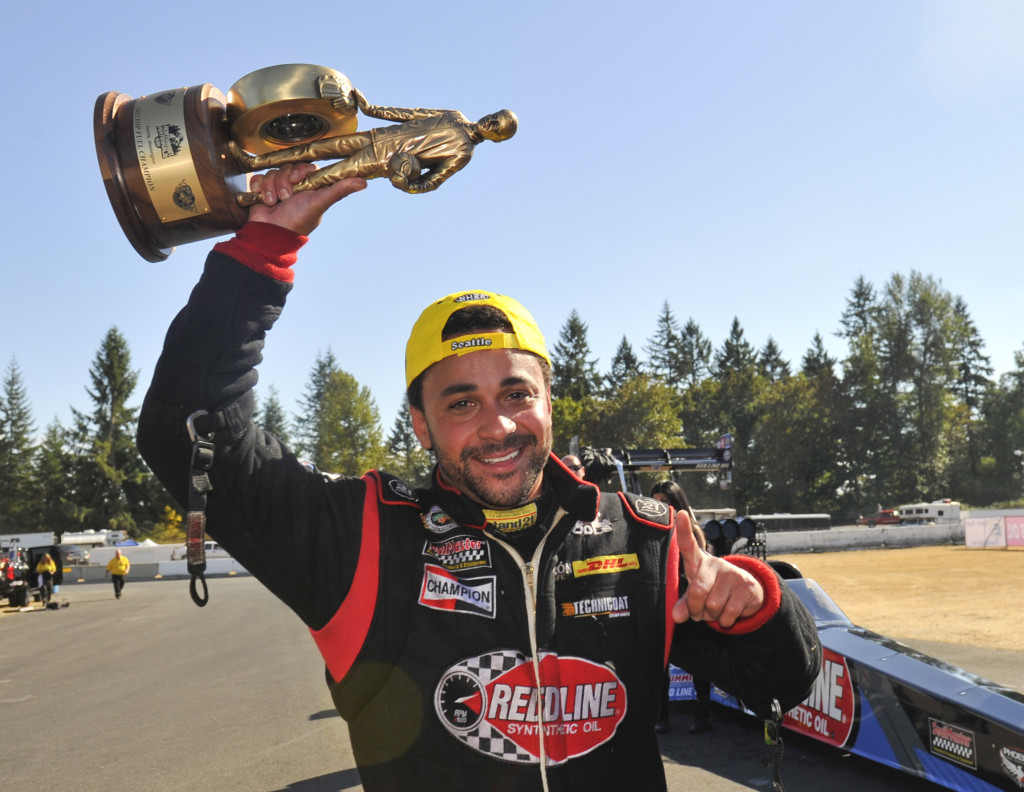 The AAA of Texas NHRA Fallnationals will air live on ESPN3 at 12 noon EDT on Sunday, October 18.  Qualifying highlights are on ESPN2 at 4 p.m. later in the day with the Finals showing at 8 p.m.