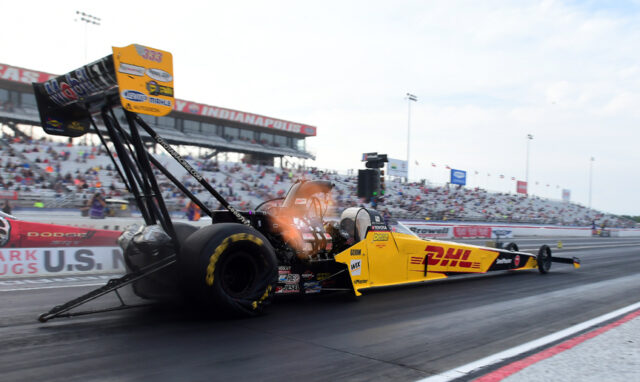 For any team that didn’t win a championship, the off-season starts with “coulda, woulda, shoulda.” That’s true for Kalitta Motorsports, which fielded two Top Fuel and a single Funny Car in the NHRA’s Camping World Drag Racing Series. 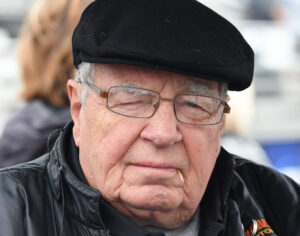 At  the start, it looked – really looked – like this would be The Year for Doug Kalitta, Top Fuel’s perennial runner-up. He won at the season starter in Pomona, went to the finals at Phoenix and was atop the points standings as the NHRA headed to Gainesville in mid-March. But that race didn’t happen until    September as the novel coronavirus took over the lives of everyone on the planet.

Racing stopped. NHRA didn’t reset and restart until mid-July and then held three races at Lucas Oil Raceway outside Indianapolis before the traditional U.S. Nationals on Labor Day at the same track. By that time, Steve Torrence and Torrence Racing were in their zone and Kalitta got knocked from his perch. The only win Kalitta would notch in the meat of the season came at the 2020 Mopar Express Lane NHRA Midwest Nationals in early October. 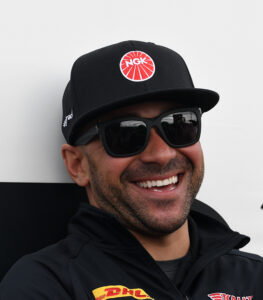 By then, Kalitta was two points behind the reigning titleholder and the series headed to Texas, Torrence’s home state. Torrence would win at Dallas and come second to eight-time Top Fuel titleholder Tony Schumacher at Houston. By the time Torrence was runner-up to Antron Brown in the season finale, Kalitta stood second, a gaping 193 points behind Torrence and it was “wait until next year” time again.

In Funny Car, 2018 champion J.R. Todd had a fallow year that left him in sixth place at the close of 12 races. Still, it was difficult for Todd and his Jon Oberhofer/Todd Smith-led team to be disappointed with their season. “In March,” he said, “we weren’t even sure if we were going to get to race any more this year.” The first two races were tough for Todd, but he appeared to have some impetus in the four Indy races that culminated with the Denso Spark Plugs U.S. Nationals. 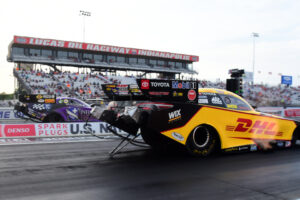 “Then we just fell off again. We didn’t live up to our own expectations,” Todd said, adding that he was glad “Connie was able to keep our team going and let us go race,” speaking of his team owner, Connie Kalitta. The downtime was tough for Todd, as it was for everyone in the sport. “Once we got going it was more about knocking the rust off and getting back in the groove of things. I’m hoping that once 2021 gets started we can go test once or twice before the first race in March… “

The longer off-season this year, with the first race held in March at Gainesville, Florida, has prompted Todd to up his fitness with trainers at PitFit in Indianapolis. “With this much time off, there is really no excuse for me to not be in better shape when you go to that first event. My goal is to go to the gum as much as possible to work on getting better physically and mentally.” 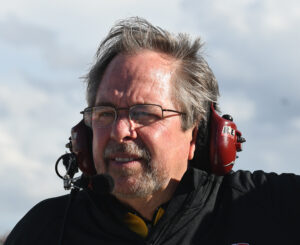 While J.R. Todd didn’t rack up a win in 2020, his teammate Shawn Langdon joined fellow Top Fuel teammate Doug Kalitta in the win column, echoing Kalitta’s monumental victory at Indy last year with his own U.S. Nationals Wally winners trophy. The class’ 2013 champion, achieved with Al-Anabi Racing/Alan Johnson Racing, has been racing dragsters since 2009 and worked in Funny Car the past two seasons, notching two victories in that class.

He returned to dragsters in 2020 and immediately felt at home with team owner Kalitta as his crew chief, assisted by Kurt Elliott. The U.S. Nationals was, for Langdon, “More gratifying based off of the circumstances and for my team. It is awesome to win the U.S. Nationals and I have won it before, but it was different this year. I was proud to be in the winner’s circle with Connie at Indy and I was really more proud for my team, my guys. They work so hard and dealing with all the stuff that went on this year,” made the victory even more gratifying. 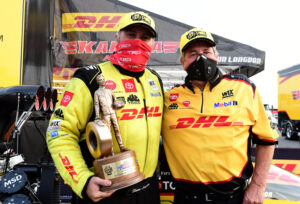 After the five-month layoff as the pandemic took hold, Langdon felt prepared as he’d competed in bracket races during that time. “The first couple of races in Indy were kind of like testing again. After a couple of runs, you got used to the speed and started feeling normal,” Langdon said. He felt fortunate that, during the long wait to go back to NHRA Top Fuel races, Kalitta kept everyone on staff. “The whole sport was making adjustments to keep us racing, from changing the payout to shortening races. It was tough for everybody. Fortunately, we work for a great man, Connie Kalitta, and he kept everybody employed. We have great sponsors and partners that supported us – they stuck with us so we were able to keep racing. There was just a lot of challenges that we had to work around… “

After finishing sixth in the final 2020 Top Fuel standings, Shawn Langdon has projects with his personal race cars to keep him busy before the 2021 season begins, swapping motors from car to car and “a lot of things to keep me busy on the bracket racing side of things. I’m getting my nephew a new junior dragster and will help get that race car ready for him. I want to get ready for some of the bracket races on the west coast at the start of the year. I’ll be spending some time in Indy and some in [his native] California. I won’t not be busy – I promise you that.”