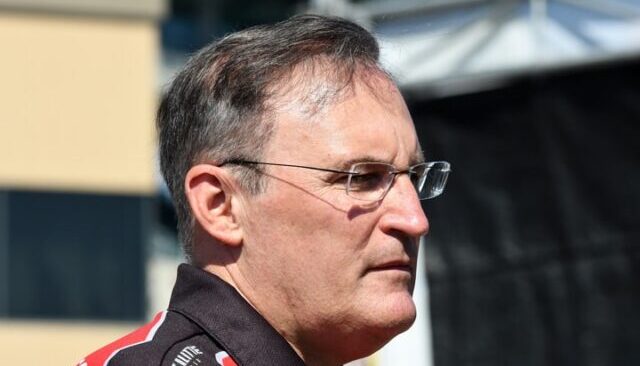 This year’s NHRA Mello Yello schedule for its six-race Countdown to the Championship favors teams that perform well under pressure. While the first race in Reading took place with a single weekend gap between the regular season closer at Indy, the schedulers are now requiring teams to perform at back-to-back contests for the second and third rounds of the Countdown.

Following a weekend off after Reading, teams encamp at World Wide Technology Raceway at Gateway this weekend and head to Dallas, Texas a week later. It’s a tough run for teams that lack resources to perform at the top of the game in this six-race push. The schedule had originally included three races in a row; NHRA was smart enough to place a gap between Texas and a second trip to Charlotte in October. 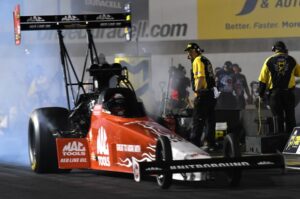 Most trucks are already at Gateway, outside St Louis, prepping their pit locations before the balance of crews show up to prepare their race cars on Thursday. As everyone prepares, all realize this is a pivotal race in the Countdown, especially for the Top Fuel contingent.

Reading was an anomaly for the Capco Contractors team of Steve and Billy Torrence, both of whom failed to make their way out of the first round. Because of this, there’s o chance of a Torrence sweep as occurred last year with Steve Torrence, who won all six Countdown races en route to earning his first NHRA national championship.

It could happen to Doug Kalitta, who only lacks a championship to cement his status as a true Hall of Fame racer. By virtue of his runner-up spot in the regular season and through his Reading victory, Kalitta now leads the standings ahead of Brittany Force and Torrence. Force, who set a new national record during Reading qualifying but was felled by a fuel leak in the semifinal round, needs to do better on Sundays if she wants to add a second title to her 2017achievement. 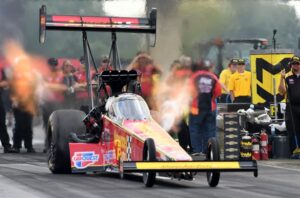 “We know we have the points lead but that doesn’t change how we are running this dragster,” Doug Kalitta reminded. “We have been to back-to-back finals and picked up the win in Indy by being consisting and taking advantage of every opportunity that was presented to us. We are going to come out of the trailer on Friday, ready go make quick runs and hopefully start from pretty high up in the qualifying order,” the quiet, three-time Gateway winner said.

Reigning Top Fuel champion Steve Torrence, who owned the regular season is now in third place, followed by five-time Gateway winner Antron Brown. While Brown hasn’t earned a Wally trophy at the Gateway track since 2015, had four in a row from 2012 through to 2015. Reading winner Richie Crampton is fifth, Mike Salinas has sixth-place points while rookie Austin Prock is seventh, followed by Leah Pritchett, Clay Millican and Billy Torrence.

With midwestern heat and the possibility of thunderstorms both Saturday and Sunday mornings, the weather could determine outcomes at Gateway. Drivers and teams that have regularly been in control of weather-affected NHRA races have the odds here. And that would be Don Schumacher Racing, John Force Racing and Team Kalitta.