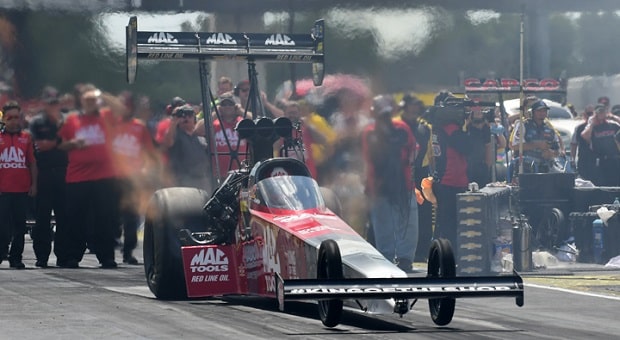 Kalitta Motorsports threw out a bombshell two days after the Dodge NHRA Nationals at Reading by announcing the termination of 30-year-plus employee Jim Oberhofer, an executive of the company and the crew chief for Doug Kalitta’s Mac Tools Top Fuel dragster.

To say this is a shock would be putting it mildly, as Jim O. has led and managed the now-four-car team for decades, in addition to his work with “Air Doug.” The Mac Tools dragster started the year well, winning the season opener at Pomona. As seems to be its custom, there were times when Kalitta looked strong and others when a round win was an achievement.

In fact, it was Doug Kalitta who lined up in the finals against eventual winner Terry McMillen at the regular season closer, the Chevrolet Performance U.S. Nationals in Indianapolis on Labor Day weekend.

As the Countdown to the Championship began last week, Kalitta recorded a round win against teammate Richie Crampton, the duo lining up eighth and ninth after four rounds of qualifying. Kalitta would fall to Clay Millican in the quarters, not making it down the track at speed, a run that left Kalitta in sixth place after starting the Countdown in fifth.

The team’s statement said that team owner Connie Kalitta released Jim Oberhofer, effective immediately, from all of his positions at Kalitta Motorsports. “Oberhofer has been a member of Kalitta Motorsports for over 30 years and has held numerous positions, including vice president of operations, as well as being crew chief on Kalitta’s dragster, where he helped secure multiple top-ten points finishes for the veteran driver.” 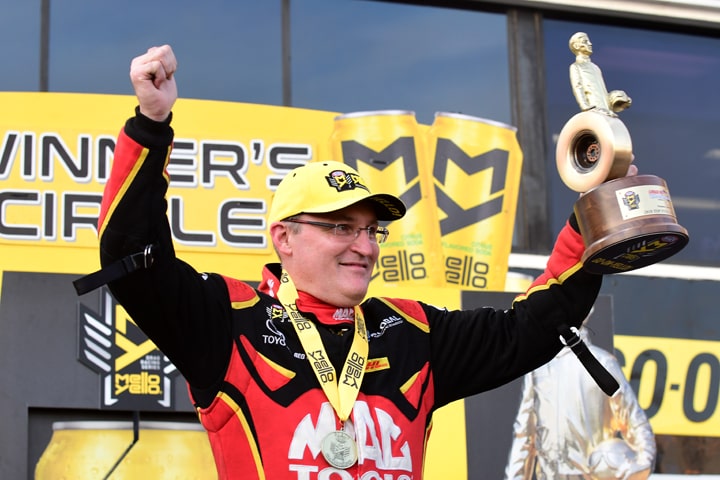 Kalitta assigned Troy Fasching to continue as crew chief for his nephew’s Mac Tools dragster at the remaining five races of the Countdown, starting with this weekend’s race in St. Louis. “I want to thank Jim for his years at Kalitta Motorsports and appreciate everything he accomplished here. I wish him the best in the future,” Connie Kalitta said.

The rationale for this change is unknown at the moment. There are rumors of a change of team but until they’re official, this website will not talk about them. Oberhofer’s brother Jon is crew chief for Funny Car category points leader J.R. Todd, who races the DHL Toyota Camry.