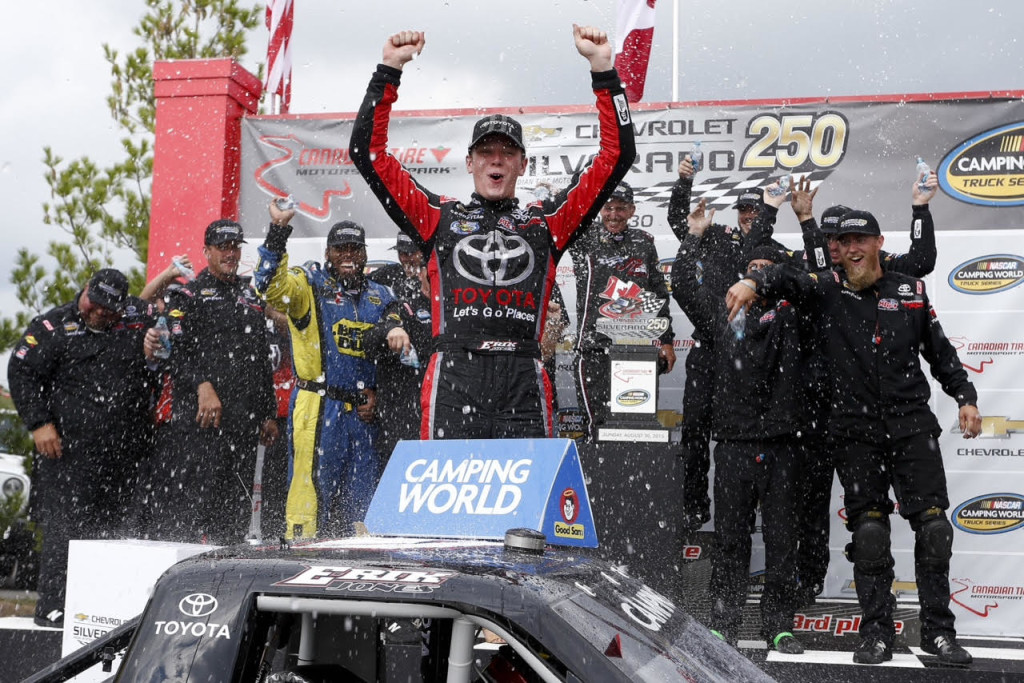 Newcomer Erik Jones out-dueled veteran Alex Tagliani in the final laps of the Chevrolet Silverado 200 only to see the 19-year-old Kyle Busch protégé pull away to victory on Sunday at the Canadian Tire Motorsports Park’s road course.

“It was a blast,” Jones said of his win in the race.  “It was nerve-wracking.  It’s a little intense when you’ve got a guy like that running you down for 15 laps.”

By qualifying 1-2, Jones and Tagliani had shared a parade truck in prerace ceremonies and collectively had a conversation about racing with respect.  Tagliani assured Jones that he understood his points scenario and if the situation came up in the race, he would race him honorably to set the trend.

“We had a pretty long talk about racing people the way you want to be raced,” Jones said.  “I’ve never been one to want to move somebody to win a race, and he hasn’t, either.  It’s nice to see that respect, especially from a veteran like that to me.  It’s not something he had to do.  It means a lot to me that he did.” 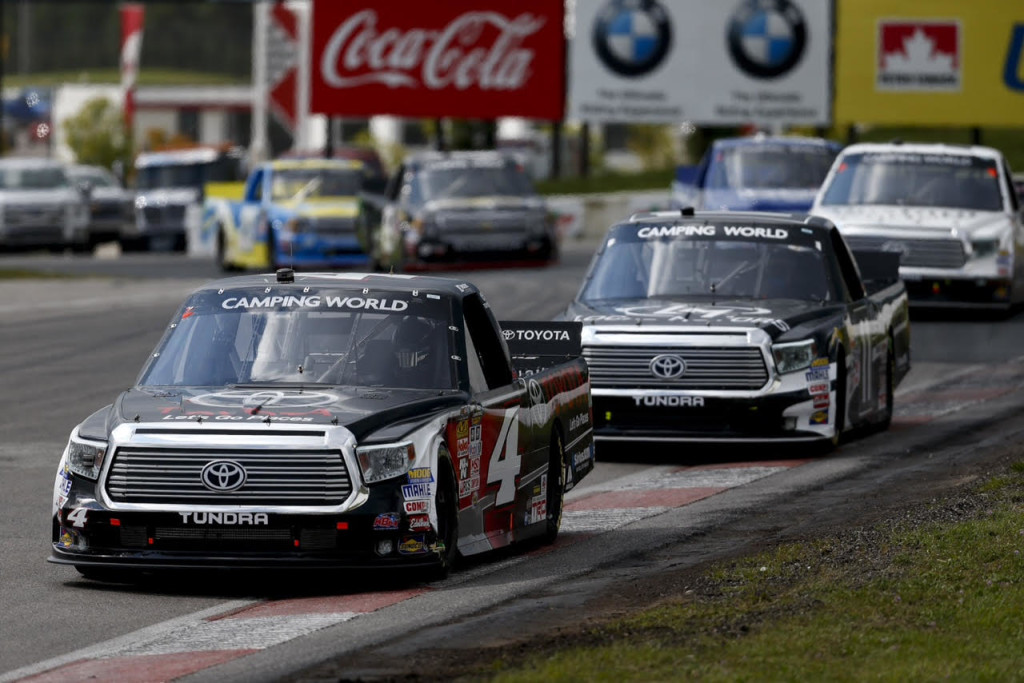 Finishing second went to points contender, Matt Crafton, followed by Ben Kennedy in third.  Fourth was awarded to Daniel Hemric with Tagliani in fifth.  On the white flag lap chasing Jones, Tagliani stripped third gear, leaving him having to limp the rest of the way home.

Jones’ victory pushed him to the top of the NASCAR Camping World Truck Series points standings by three points (590-587) over Matt Crafton and 15 by Tyler Reddick with eight races to go.

The average speed of the Chevrolet Silverado 200 was 83.476 mph along with five caution flags for 16 laps.  There were 14 lead changes among six drivers.

The NCWTS takes a two-week break before coming back on Friday, Sept. 18 at Chicagoland Speedway for the running of the American Ethanol 225. 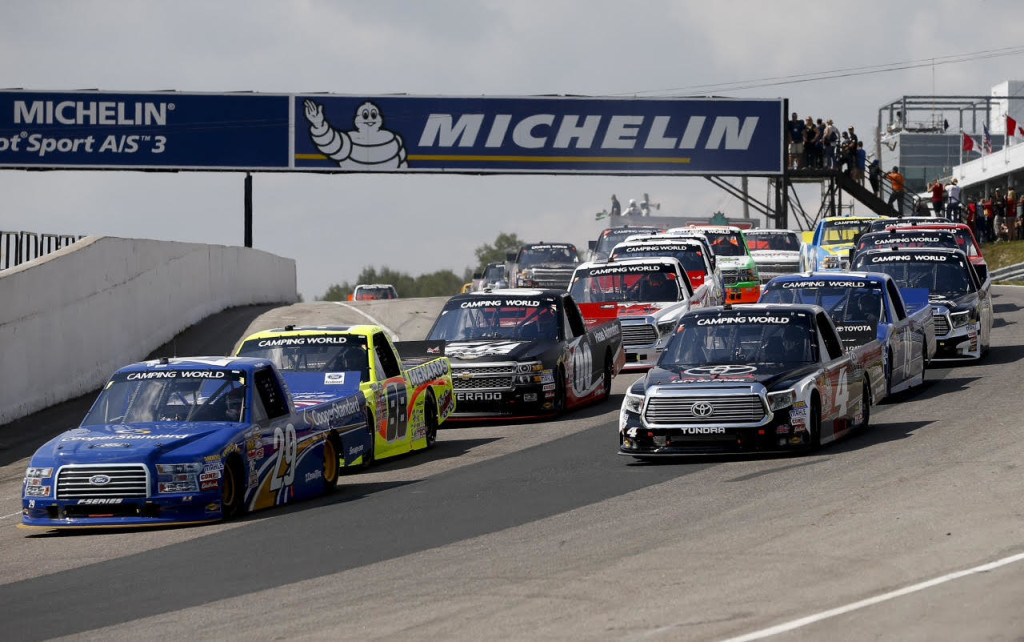