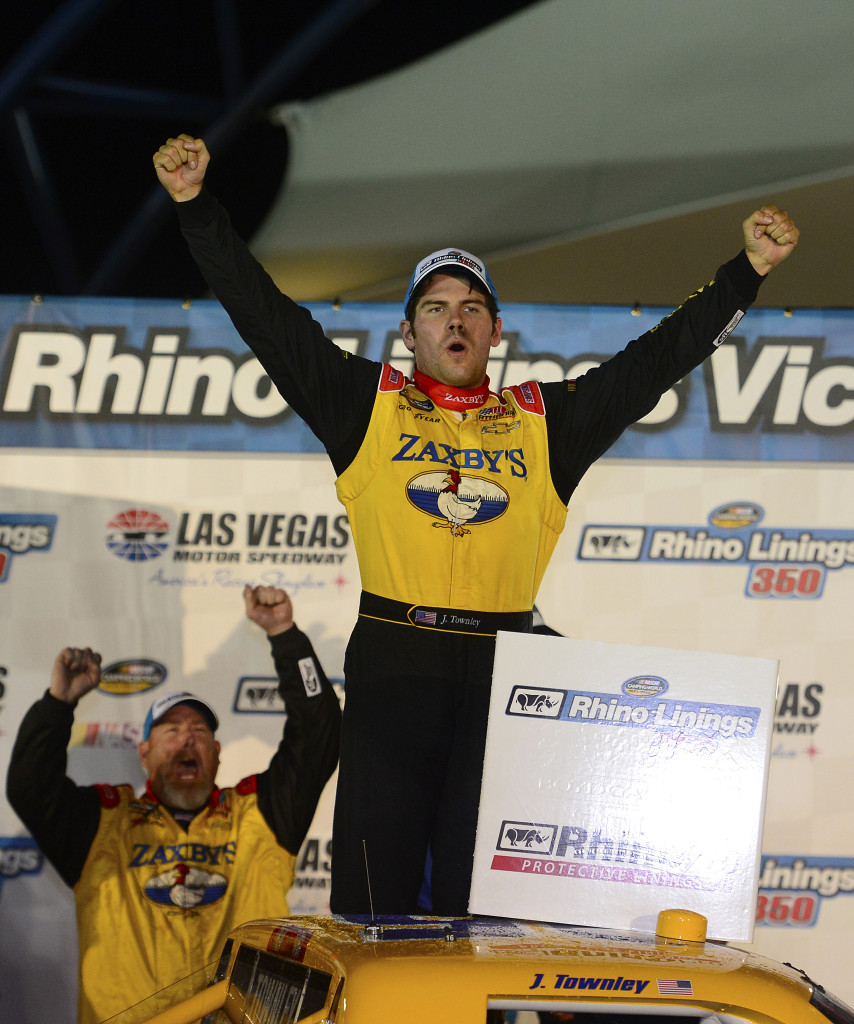 The big question at the end of the race was ‘who had enough fuel?’.  After the last green flag stops, Matt Crafton cycled through back in the lead.

Crafton seemed at ease running up front with Townley following closely.  Then with five laps to go, Crafton ran out of fuel, giving up the lead to Townley, putting him now at the point.  He quickly reduced his speed, allowing Cameron Hayley a chance to quickly approach before he ran out of gas with two to go.  That left Erik Jones in pursuit, and he ran out on the white flag lap as Townley kept motoring.  Just as Timothy Peters and Ben Kennedy were making their assault, Townley had just enough of a gap to beat them both by 3.827 seconds at the finish.

Townley was literally running on fumes, slowing his pace way down since his last pit stop on lap 93 of 146 and all who had a shot at him fell by the wayside one by one, coasting to the pits and leaving him out on the track all alone to get his first Truck win. 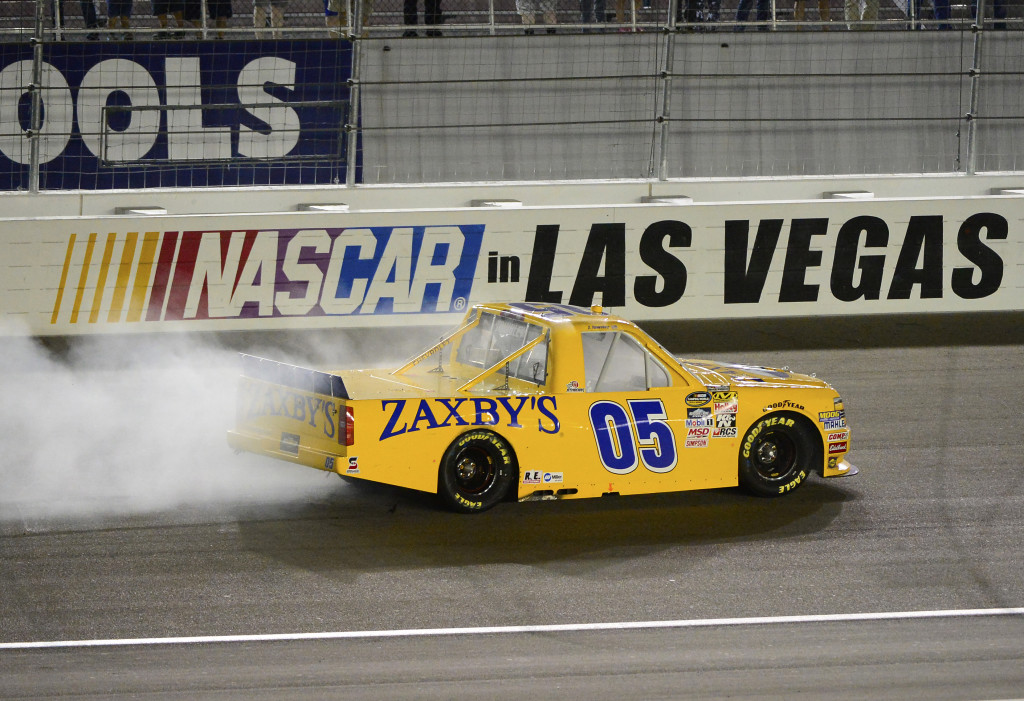 Both Townley and crew chief of the Zaxby’s Silverado, Michael Shelton, credited the team’s spotter and former NCWTS Truck driver, Terry Cook, for coaching Townley through the deciding laps.

“I would have run out of gas if it hadn’t been for Terry,” said Townley, who won in his 89th start.  “I took care of this thing tonight and it took care of me.  This is amazing; awesome.”

After Townley, Peters, Kennedy, John Hunter Nemechek, and Brandon Jones made up the top five.

Austin Theriault, driver of the No. 29 Brad Keselowski Ford Truck team, had a very serious head-on accident in turn four after trying to miss teammate, Tyler Reddick, bringing out the race’s first yellow on lap 15.  The collision sent him into a section of the track not protected by the SAFER barrier.  He slowly emerged from his Truck with assistance from race and medical officials and, for safety reasons, airlifted to a local hospital.  Reports confirmed he was alert and awake, being kept overnight for observation.  He was released and cleared Sunday morning.

There were nine different drivers sharing the lead for 15 times.  The average speed was 132.772 mph at the 1.5-mile LVMS oval.  Only three caution flags for 19 laps kept the pace intense and pit strategy flowing.

It doesn’t seem to matter that the top three in the NASCAR Camping World Truck Series championship always finish so close together keeping the points tight.  Erik Jones (9th) still has a four point lead over Crafton (8th) and 16 points behind is Tyler Reddick (7th), who recovered nicely from his early race accident. 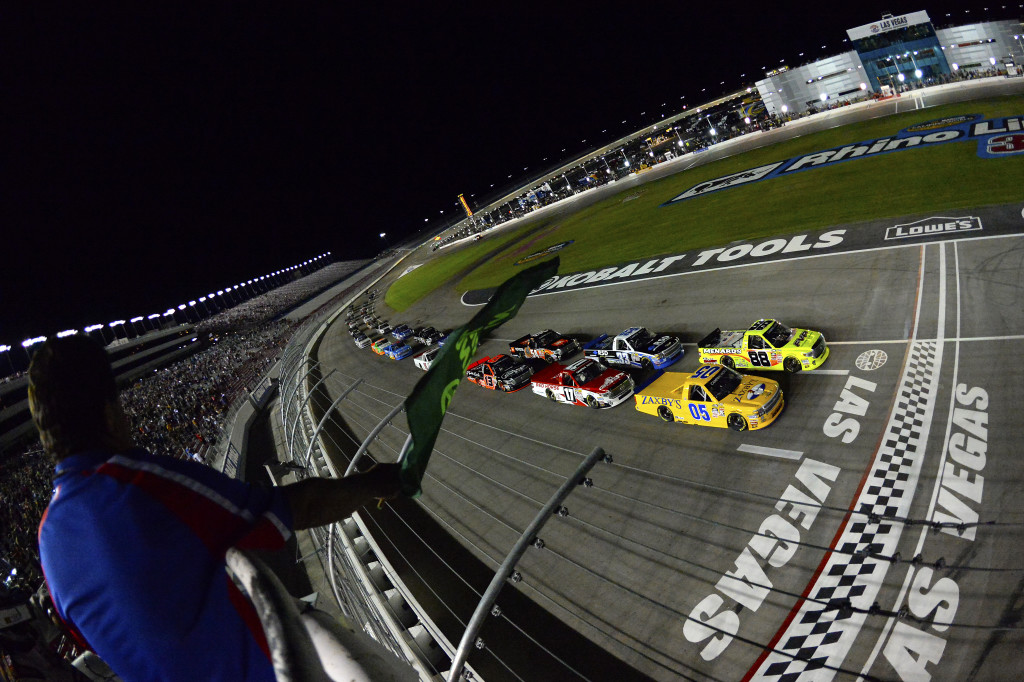 The NASCAR Trucks after Las Vegas take a couple of weeks off returning to action on Saturday, October 24 at the Talladega SuperSpeedway for the Fred’s 250 powered by Coca-Cola on FOX Sports 1 starting at 1 p.m. EDT.