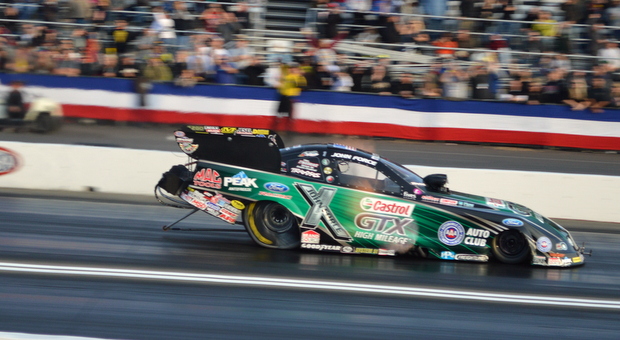 With two races left in the NHRA Countdown, John Force and his crew chief Jimmy Prock have parted ways, and everyone is left wondering how the 16-time champion is going to stay competitive.

But for Force, it was never really about championships. He races from the heart and he does it because he loves it.

Force promises he won’t be pulling any resources from his other teams, especially with his daughter Courtney only 72 points behind current Funny Car leader Matt Hagan.

“I’ve always had an A, B and C plan for everything in life,” said Force when asked about who would tune his car in Las Vegas and Pomona. “And I built my teams with an A plan, a backup plan, and the C plan isn’t pretty; that’s me tuning. But you’d get a heck of a show—I’d be on fire every week. That’d make for good TV!”

John Force Racing still has his “brain trust” in tact, with the Auto Club team’s Mike Neff leading the charge and President of JFR, Robert Hight, right by his side. They’re ready to come out swinging in Las Vegas and hopefully lady luck will be on their side.