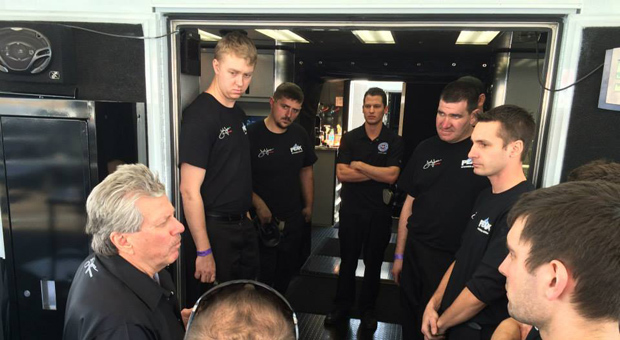 “We have developed the next generation of drivers and now I want to do the same thing with our crew chiefs. We have so much young talent I want to start giving these guys a chance to grow and develop their talents,” said John Force.  “Mike Neff, Ron Douglas, Dean Antonelli, Todd Smith and Dan Hood have a lot of experience and we want to continue to grow and be competitive at a championship level. Guys like Jon Schaffer and Tim Fabrisi as well as new hires Ronnie Thompson and Nick Casertano will keep us young and on the cutting edge.”