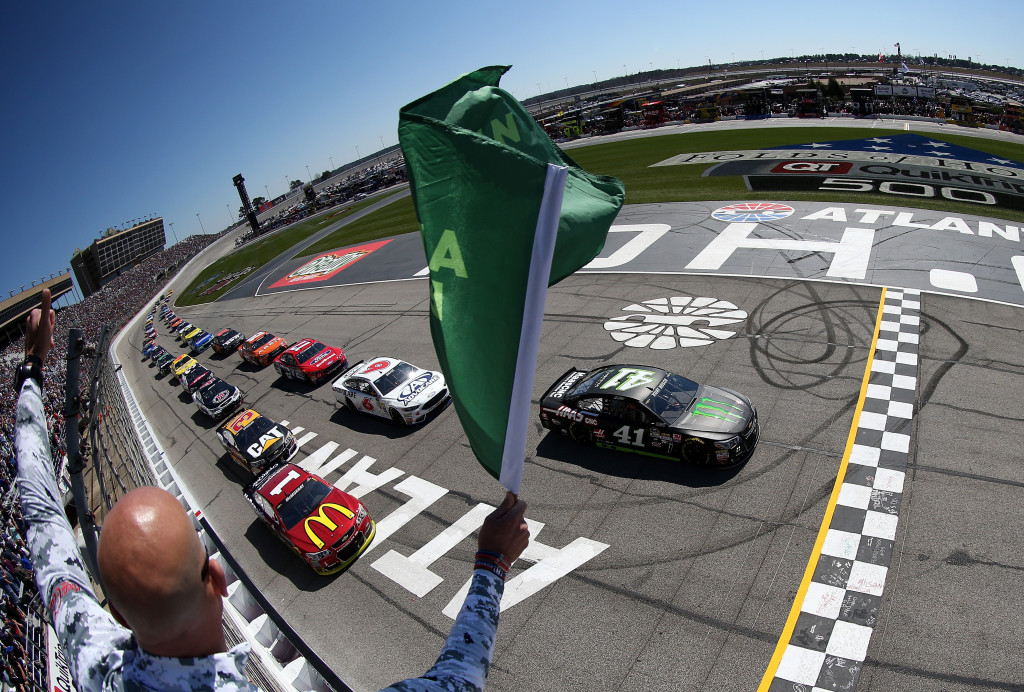 Jimmie Johnson’s crew chief, Chad Knaus, played the odds that were against him to turn around his day, bringing his Lowe’s Chevrolet team home as the winner at the Folds of Honor QuikTrip 500 NASCAR Sprint Cup race at Atlanta Motor Speedway on Sunday afternoon.

Seeing how much time a new set of tires could make up in distance, he decided on lap 276 of the 325-lap event to short pit nine laps early before then leader, Kevin Harvick.  After the green flag stops, Johnson had built a six-second lead over Harvick, as the risky move settled out equalizing Harvick with the terrible tire wear, leaving Johnson out front with the advantage.

Then with three laps to go, Ryan Newman blew a left rear tire, bringing out the yellow flag and right into NASCAR’s version of overtime blowing all the strategy that the No. 48 team had schemed against the other teams.  All the front-runners hit the pits for fresh tires and just a little fuel.

Then on the green flag for the two-lap dash, Johnson stretched out his lead, pulling away from Harvick only to find Kyle Busch quickly on his bumper joining the fray followed by Dale Earnhardt, Jr. 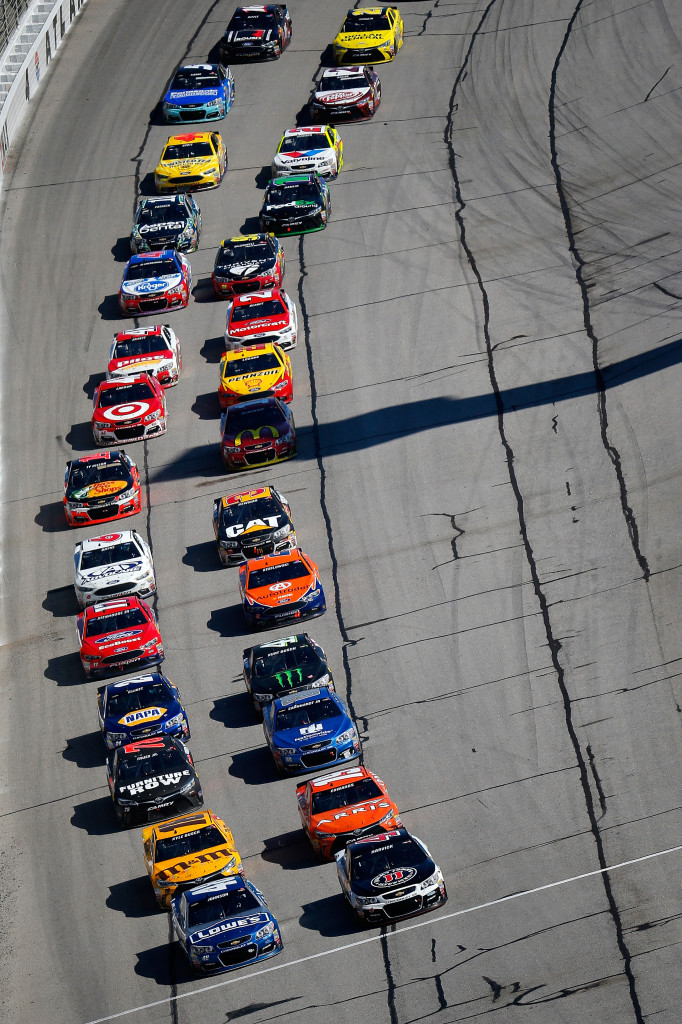 Without warning directly behind the leaders, the cars of Aric Armirola and David Regan wrecked off turn two, ending the race with Johnson being able to hold off Earnhardt, who passed Busch within feet of the start/finish line to take over second.

“Well, we’ve talked a lot that we want to be aggressive, so I knew when he pulled me to pit lane that we were going to be on the early side, and then I made lap after lap after lap and no one else was on pit road, and I was like, are we going to two-stop it from here?”, questioned Johnson.  “What’s going on?  I didn’t realize how aggressive he was willing to be.

“I really felt like that was going to hurt us, and late in the run I assumed Kevin would just run me back down, and we were able to manage that five-second gap.  I got comfortable-ish with 10 to go and felt like I could manage five seconds at that point, but up until then, being the hunted, it’s just a weird position to be in.  You just know he’s coming.  You’re staring in the mirror and wondering where he’s at, and then also wondering if Chad was telling me the truth about lap times and the gap back to him, and it all worked out.”

It was Johnson’s 76th Sprint Cup win matching him with the great Dale Earnhardt, Sr., now tied as the seventh winningest NASCAR driver in the premier division. 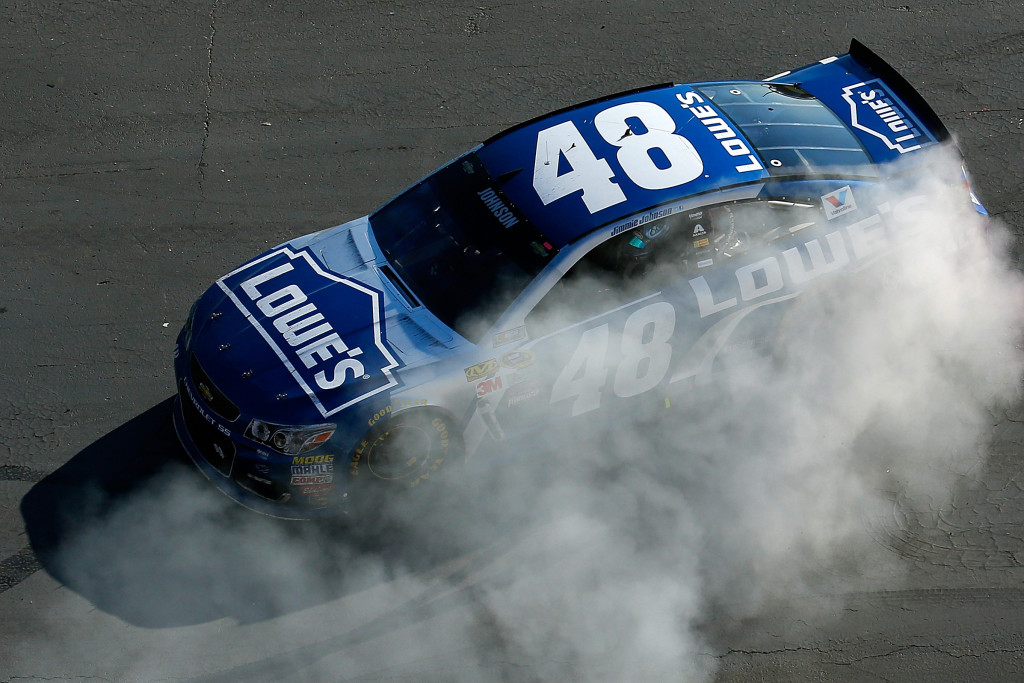 As Johnson was making his victory lap, he reversed his car around rolling down the frontstretch holding up three fingers to recognize and offer his respect for the famous driver from Kannapolis, NC.

“It’s such an honor,” said a tired Johnson.  “With the chaos at the end and the crash and wondering about overtime and how it worked these days, I kind of lost sight of that.  I remembered it on my Victory Lap coming down, and I had to come by and throw a ‘3’ out the window to pay my respects to the man.  I entered the sport just hoping I could win a race and keep a job for a few years, and to have 76 and tie Dale Earnhardt Sr. is something I’m very, very proud of.  I didn’t have a chance to race against him, unfortunately — there’s been a big void in my mind and it was literally a handful of months away from having that opportunity.”

The win puts Johnson safely on the grid for the Championship Chase joining Daytona 500 champion, Denny Hamlin as the second member of the elite company of 16 to be assembled.

The first 210 laps were run under green until a piece of debris was discovered in the racing groove, bringing out the first yellow flag of the day and grouping the field back together with Harvick at the point before Johnson’s team made their winning move on lap 276. 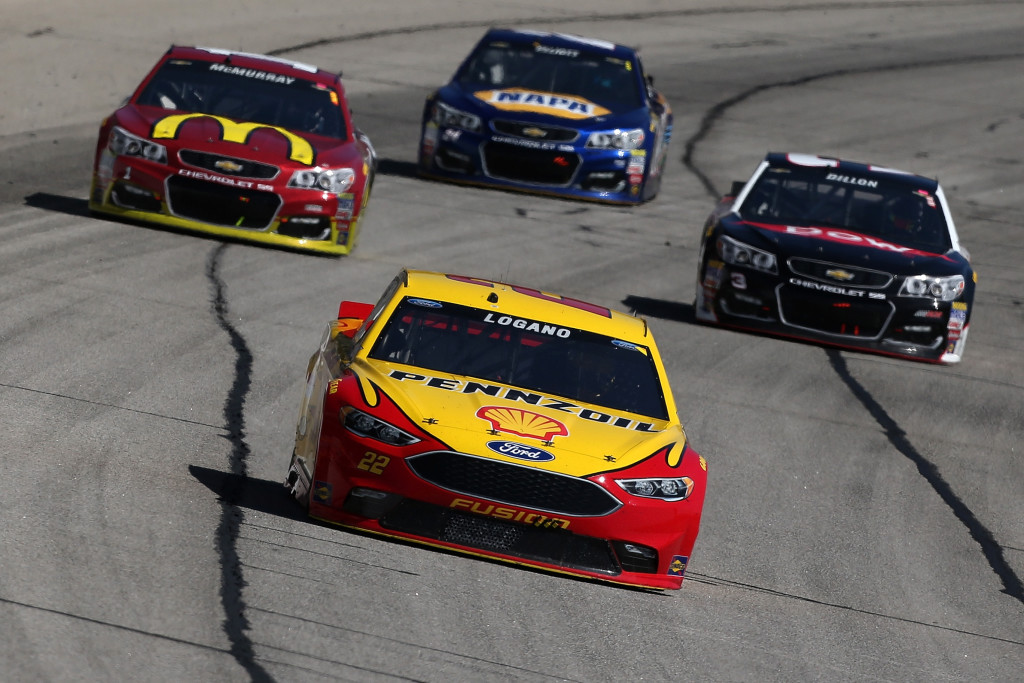 The average speed of the Folds of Honor QuikTrip 500 was 155.863 mph for the three cautions periods for 13 laps.  There were 28 lead changes among eight drivers with Harvick leading the most for 131 circuits.

The next stop for the NASCAR Sprint Cup series is the running of the Kobalt 400 at the Las Vegas Motor Speedway on Sunday, March 5 airing on FOX network with a 3:30 p.m. EST start.