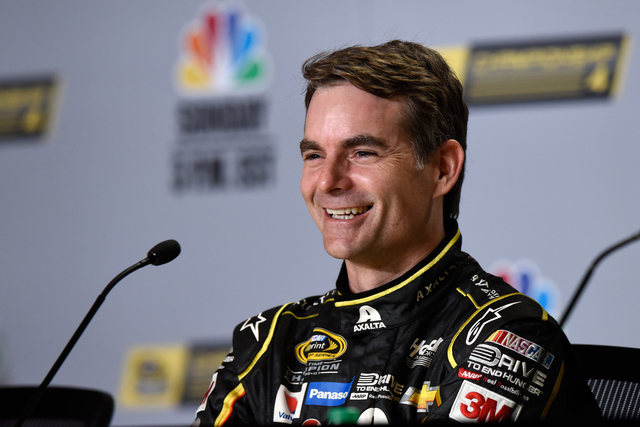 How do you say goodbye to someone who has been an integral part of your life for nearly a quarter-century?  Whether you’re one of his biggest fans or a reporter who has covered him for much of his career, there’s really been no way to prepare for Jeff Gordon’s retirement.

All season long, we knew the day of his final race was coming.  We kept trying to put it out of our minds, fooling ourselves that we still had a long time to put into context just what Gordon has meant to the sport and to us.

And yet here we are, with his retirement set to take effect the moment he crosses the finish line for the final time in his career on Sunday.  And I’m willing to bet the majority of us still haven’t been able to bring ourselves to fully believe Gordon will no longer be behind the wheel of the No. 24 Chevrolet in 2016.

Many of his fans are still holding out hope that Gordon will come back for one more year.  They’re in denial, but it’s understandable: They simply don’t want to let go.

But there will be no coming back or one more season.  Jeff is done on Sunday; Monday he joins the world of retirees, just like many of those who belong to one of his sponsors, AARP.

Personally, I’ve dreaded this day.  Jeff has always been one of the classiest, most patient and understanding athletes I’ve ever interviewed in more than three decades of covering motorsports and other sports.

He’s gone out of his way at times to not only show that he’s a great driver, but an even greater person.  Let me relay a story that I’ve never told anyone other than my wife.

In most cases, it’s verboten for reporters to ask drivers for autographs or favors.  But I admit I broke that rule several years ago – and Gordon couldn’t have been nicer or more accommodating.

A woman who worked at our local drugstore was a huge Gordon fan, and we had struck up a friendship over the years.  It was rare to run into her at work – or even on the street when she wasn’t working – without seeing her wearing a pair of 24 earrings (her favorite) or scarf or some type of shirt under her work smock that showed her pride in who she called “my driver”.

One day, this lady, Sharon, told me an absolutely heartbreaking story.  her 13-year-old granddaughter had been diagnosed with a rare cancer and her prognosis was not very optimistic.

At the same time, there was no disputing just how tough of a time this young girl was going through.

While I knew it was against policy, I still asked Gordon’s long-time public relations person, Jon Edwards, and Hendrick Motorsports’ Jesse Essex if they would do me a favor and send this young girl an autographed picture from Jeff or something of the like. 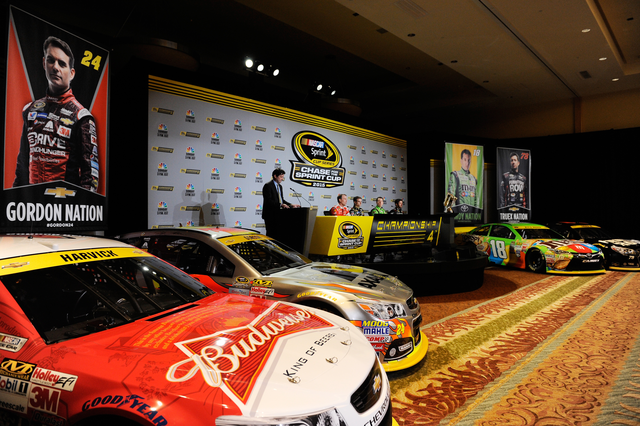 Gordon, Edwards, and Essex didn’t have to do anything.  I’m sure they’ve been inundated with dozens, if not hundreds, of similar requests over the years.

To my surprise, Gordon didn’t just send an autographed photo and extend the young girl good wishes.  Rather, he sent a huge box of “goodies” as Edwards told me, in an effort to let his young fan know he was thinking of her and, more importantly, pulling for her to get better and beat the wicked hand she had been dealt.

To say the young girl was thrilled when she received the package was an understatement.  Sharon gleefully told me the next time she saw me that her granddaughter had been both bouncing off the walls and walking on Cloud 9.

Suddenly, a near-miracle occurred.  The 13-year-old girl who didn’t know if she was going to live to see 14 or 15 began to go into remission.  Her grandmother truly and firmly believed that Gordon’s “care package” changed her granddaughter’s life and health.

When I heard that, I broke into tears.  Honestly.  I was so glad that I had been able to play such a small part in not only making her granddaughter feel better emotionally, but that it very well may have also made her feel better physically.

About six months or so later, he granddaughter was in full remission.  A true miracle had occurred.

After not having stopped in for several months, I went into the drug store where Sharon worked about a month ago.  I looked around for her but didn’t find her typically smiling face.  As I was checking out, I casually asked the cashier how Sharon was.

Sadly, I learned that she had passed away a few months earlier, at the far too young age of 72.

“Cancer got her,” the cashier told me.  “She was diagnosed with lung cancer and it took her real quick, there was nothing the doctors could do.  A couple months after  they found it, she was gone.”

The cashier said I looked familiar and asked if I was Sharon’s “sports writer friend”.  While still in shock to learn of Sharon’s passing, I said yes, I was.

She then said how many times Sharon had talked about me over the years and about what the “care package” from Jeff Gordon had meant to her and her granddaughter.  That was very flattering, but I wasn’t prepared for what the cashier told me next.

One of Sharon’s last requests was that she be buried with something related to Jeff Gordon.  I’m not sure if it was her beloved earrings or something else, but that showed beyond a doubt just how big a fan she was.

Unfortunately, Sharon won’t be with us to watch Sunday’s race – and to potentially see “my driver” go out on top with a fifth career Sprint Cup championship.

But something tells me that some way, somehow and somewhere, Sharon will be cheering nonetheless.  It’ll be her own unique way to say goodbye to Jeff.