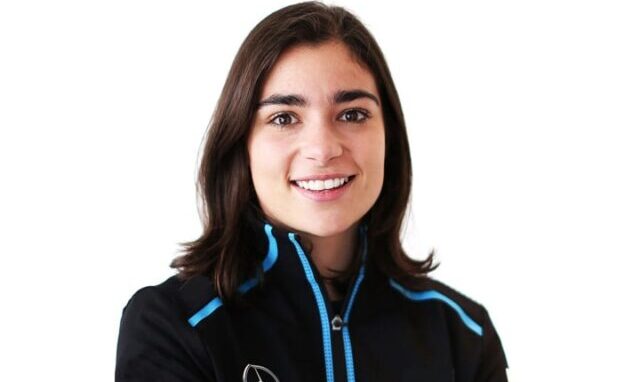 As Women’s History Month begins today, Jamie Chadwick, the first 2019 W Series champion is looking to make some more history in the racing game. Chadwick, who joined Williams Racing’s F1 team two years ago, continues with the invigorated long-standing entrant in 2021 and will have an expanded role with Williams Racing’s efforts to move forward on the Formula One grid.

Serving as an official Development Driver, Chadwick increases her simulator program at Williams’ Grove headquarters in the U.K. and will be fully immersed with the team trackside at selected Grands Prix and, of course at the factory. She’s also intending to support the team across all of its media and marketing activities throughout the long 2021 campaign.

“I have absolutely loved my time with Williams so far,” Chadwick said, “and could not be more delighted to continue working with the team in my role as Development Driver. I feel I am improving as a driver all the time, Any time spent in the simulator this coming season will prove to be invaluable. I look forward to fully immersing myself at Williams once again this year.”

The talented, 22-year-old, born in Bath and raised on the Isle of Man, was brought to the sport by her brother Oliver. Starting in karts at 11, she moved to Ginetta Junior and then on to the British GT Championship, where she became the series youngest and first female champion in 2015, on the basis of two wins and five podiums, co-driving an Aston Martin V8 Vantage with Ross Gunn.

She transitioned to single-seater racing in 2017, competing in the BRDC Formula 3 championship that year and in 2018 became the first woman to win in the series, at Brands Hatch. The same year she earned the MRF Challenge Formula 2000 Winter Series title, which helped secure her position in the W Series, which she won in 2019 before joining Williams as a development driver.

In 2020 the W Series went on hiatus, due to the ongoing COVID-19 pandemic. Chadwick will attempt a second consecutive championship as the series becomes a support race at eight Formula One races across the 2021 season. She’s also been confirmed as Veloce Racing’s female driver for Extreme E, a new electric off-road racing championship that launches at Saudi Arabia in late March.

Williams’ team principal Simon Roberts noted, “We are delighted that Jamie will continue as a Development Driver for the team. Not only is she a great female ambassador for the sport and plays an integral part in promoting women in motorsport, but her work in the simulator and behind the scenes at Grove is also hugely valuable,” he said. “Jamie’s determination and drive to do more, as well as push the boundaries, is something we admire at Williams, and we are all looking forward to the year ahead with Jamie as part of the team.”

The 2021 Formula One season gets underway the final weekend of March, with the Gulf Air Bahrain Grand Prix at Sakhir.