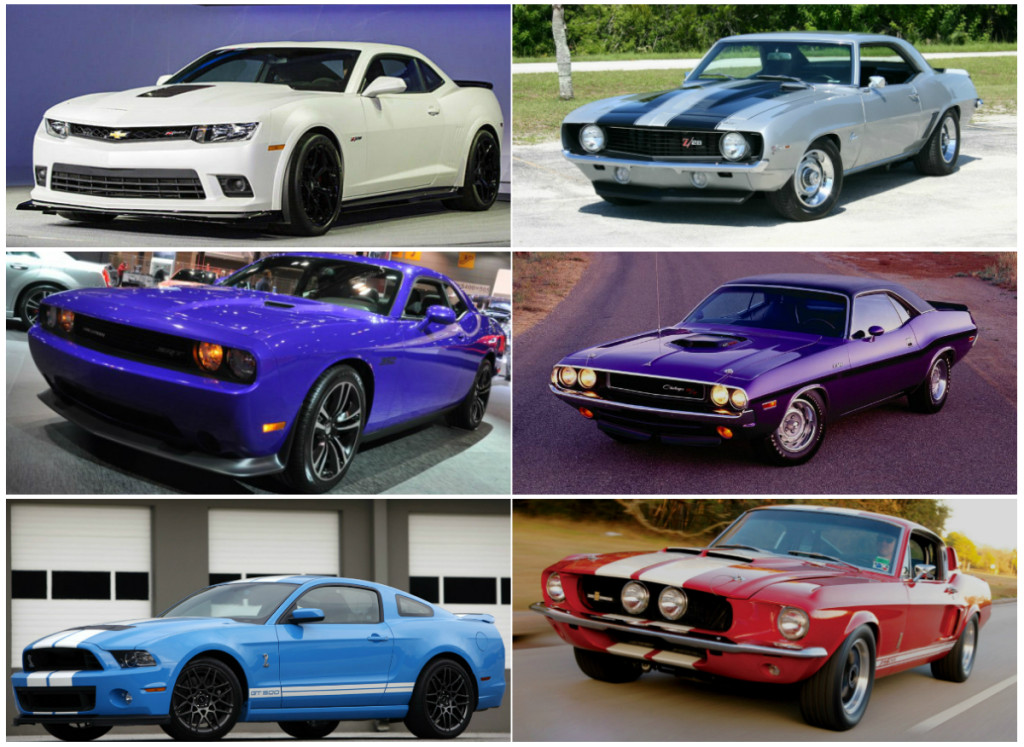 We gearheads have a soft spot for the golden age of hot rodding: the 1950s and ’60s. Those that lived it still fondly recall its greatness, and for everyone else who wasn’t lucky enough to experience it first hand, well, we’ll forever wish we had. Call me the eternal optimist, but I believe we’re in the midst of a second golden age of hot rodding. If you haven’t noticed yet, it’s a great time to be a gearhead. Technology and tooling are better than ever and the factory performance cars rolling out of Detroit are faster and more powerful than anyone could have imagined just a decade ago.

I don’t have to tell you, but Chevrolet, Ford and Dodge/Chrysler (can I still call them Mopar?) are making some seriously fast cars. The Bowtie camp is coming off the coattails of the all-conquering C6 Corvette that featured world-class handling and powerful motors like the all aluminum 427CI LS7 or the supercharged 638hp ZR1. Of course the LS7 is now in the lightweight 2014 Z28 that will surely roll some heads around road courses, as will the new C7 Corvette featuring the direct-injected LT1 motor. Lets also not forget the blown ZL1 Camaro or the LS3 powered SS four-door sedan hitting our shores shortly.

How about Ford? Well, in the wake of the new 2015 Mustang that looks to bring independent rear suspension and even greater technology to the table, Ford is also basking in the limelight of its current and outgoing platform, the S197. The rebirth of the 5.0L motor was crucial for Ford and the “Coyote,” as it’s called, is one heckuva motor that is powerful and efficient. Of course the now defunct BOSS 302 was a track weapon and a great success, and who can argue with the almighty 662hp Shelby GT500: It’s the most powerful American V8 to ever hit the streets. Chew on that for a second.

Of course Dodge and Chrysler is also in the mix with its band of hot rods, like the 392 cubic inch, 470hp Hemi motors stuffed in the Challenger, Charger, 300 and Jeep Grand Cherokees. Dodge even harkens back to the days of old with its Super Bee and stripper CORE packages that cut the fluff in the order of weight savings. We also eagerly await the upcoming Hellcat, a factory supercharged badass that’s going to be a powerhouse. Speaking of powerhouse, the new Viper is a 640hp beast that’s better than ever.

But the greatness extends far beyond the OEM manufacturers and right into our hobby. When it comes to making horsepower, it’s easier than ever thanks to killer crate motors and so much technology it’ll make your head spin. I know the factory drag cars of the 60s were cutting edge, but these days, the casting, cylinder head, piston and cam-shaft technology is just insane. Lets not even start on the new line of fuel injection retrofit systems that can simply turn your carbureted motor into a high-tech hot rod or the bolt-on forced-induction kits that can double your horsepower with ease and they’re trouble-free to boot.

All this technology just isn’t for going fast either, what about the new water-based paints that look as good as ever without breaking the bank or killing the environment? Or how about the technology that’s trickled into interior, exterior, suspension and drivetrain components? Seriously, if you can dream it, we can build it; and it’s only getting better thanks to a strong aftermarket, a supportive hot rodding community and technology that marches on at an alarming rate. But quite possibly the greatest aspect of all this forward progression is the desire to preserve the past. As technology advances we perfect the craft, we get even closer at replicating the builds of old, but with small dashes of modern tech and it’s at this intersection of new and old we find rolling perfection.

Until next time, keep those wrenches spinning and don’t ever lose hope of completing your dream project because it’s the chase, the hope and the build that keeps us ticking. Yes, folks, It’s good to be a gearhead and I can’t wait to see what 2014 has in store for us.

1 Comment on It’s Good to be a Gearhead: Looking Forward, Looking Back