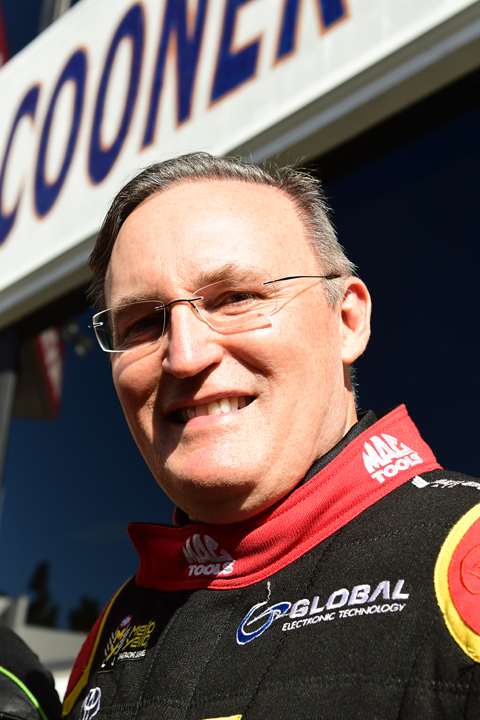 Doug Kalitta quietly goes about his job of racing an 11,000-horsepower NHRA Top Fuel dragster to the highest levels of competition. Kalitta, who is always in the hunt for each year’s championship and is working towards his 12th Countdown to the Championship appearance, never has seemed to have the overall consistency it takes to bring home the title to his uncle Connie’s Kalitta Motorsports. He has, however, provided competitors with sufficient proficiency to cause them to fear the mild-mannered, bespectacled Michigander every time he alights in a national event water box.

Kalitta, who turns 45 in August (right after the Brainerd race) is facing a milestone this weekend at the 19th annual NHRA Thunder Valley Nationals. The race at Bristol Dragway in Tennessee will be Kalitta’s 500th national event. The veteran owns 45 Top Fuel national event titles in 97 career Top Fuel final rounds and would like nothing more than to add to that total.

“I have been fortunate,” he said, “to have great teams and great marketing partners. Mac Tools has been a huge part of my success and I can’t thank them enough. We have won a lot of races over the years and we are looking forward to winning more.” Would this be the weekend Doug Kalitta earns his second event win of the year, after starting the season in February with victory? Since 2009 he’s raced to six final round appearances at this venue and earned victories in 2001, 2005 and 2006. Kalitta’s most recent Bristol final round appearance came in 2014.

“There is something about Bristol Dragway that is special,” Kalitta recognizes. “Every track has something unique, but when you roll into Thunder Valley, you know you are in a special place. We have won a lot of rounds of racing here and we would love to park this Mac Tools dragster in the winner’s circle at our 500th race.”

While Kalitta began the season in first place with his Winternationals victory, his season-long consistency, at least in the first 10 races held to date, has the veteran sitting in second position. There are a scant eight races remaining in the “regular” season before the six-event Countdown to the Championship begins at Reading in September.

“When you are No. 2 in the points, you are in a good position for sure. They will reset the points after Indy and bunch everyone up, so I am not worried about the gap between No. 1 and No. 2. We just want to keep being consistent and work on getting more win lights on Sunday. This class is as tough as I have ever seen it. I’m glad to have the experience that I do because I think it will definitely help the rest of the season.” In ten NHRA 2019 national events, Kalitta has only three first-road losses.

Kalitta is one of the few racers in NHRA straight-line competition who can be competitive in other forms of the sport. He was the 1991 USAC rookie of the year in the national Midget series and won the 1994 national sprint car title, amassing a total of 21 USAC victories, 14 in midget races and seven in sprint cars. He joined the NHRA tour in 1998 and is currently fifth on the all-time Top Fuel wins list.

Doug Kalitta has built a rep for his early season winning starts and late season fades. After working with Jim Oberhofer for much of his career, this year Kalitta now has tuning from crew chief Troy Fasching, who gains assistance from Rob Flynn. Even as he trails reigning Top Fuel champion Steve Torrence by a yawing 321 points (949-628), Kalitta holds three points on 2017 champ Brittany Force and nine on three-time titleholder Antron Brown.