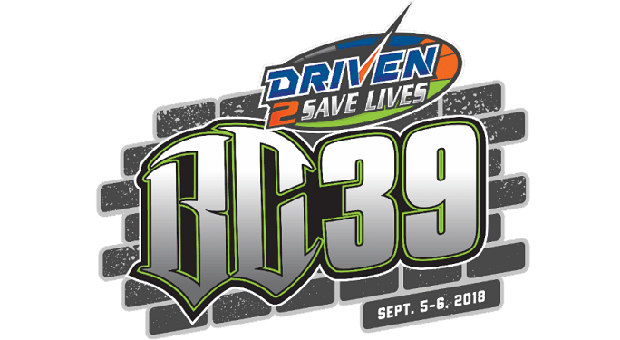 Indianapolis Motor Speedway (IMS) is getting down and dirty. For real this time.

After a first stab in 2016 at building a dirt track inside Turn 3 of the iconic IMS 2.5-mile oval that served as a retirement “gift” for three-time NASCAR champion Tony Stewart, IMS just announced it will add a quarter-mile dirt track and host a lucrative United States Auto Club (USAC) Midget National Championship event during the week leading up to its annual NASCAR races in early September.

The Driven2SaveLives BC39 will be held on Wednesday, September 5 and Thursday, September 6. This two-night spectacular honors the late USAC champion and three-time Indianapolis 500 starter Bryan Clauson, who died in August of 2016; it intends to increase awareness of the Indiana Donor Network and Driven2SaveLives.

USAC’s P1 Insurance Midget National Championship Driven2SaveLives BC39 event includes a new format that will feature more than $70,000 in purse and multiple incentives for racers, including a $15,000 winner’s purse, the largest in Midget racing for the driver first under the checkered flags in the 39-lap feature.

Ever since the Speedway first cleared this area for a session of lapping that featured former NASCAR champ Stewart checking out the possibilities of having a dirt track at the northeast corner of the circuit, dirt and asphalt racers from around the country have expressed interest in racing at the Brickyard. It’s expected that many NASCAR Cup Series drivers, already on-site for their Big Machine Vodka 400 at the Brickyard Powered by Florida Georgia Line race, will also take part in the contest.

“This is an exciting new chapter of the longtime relationship between USAC and the Indianapolis Motor Speedway and reinforces the connection between short-track racing and this facility,” said J. Douglas Boles, IMS president.

“The Speedway truly is the greatest race course in the world, and adding a dirt track will create even more opportunities for fans to enjoy the magic of IMS. We can’t wait to see some of the best drivers and teams in America compete here during Brickyard race week,” he said.

Permanent construction of The Dirt Track at IMS started last week with the first loads of Indiana clay arriving for grading. Concrete walls and safety fencing will be constructed throughout this summer; portable lights will illuminate the track. Reece O’Connor of Kokomo (IN) Speedway is overseeing track design and layout; he is also supervising construction. Allegiant International, a consultancy firm based in Indianapolis, is facilitating the project.

USAC and the Brickyard oval have been symbiotic for many years. The USAC sanctioning body was formed in 1956 by IMS owner Tony Hulman; USAC was the sanctioning body for the Indy 500 from 1956 through 1997.

“Over the years, the Indianapolis Motor Speedway has played such a critical part not only in the formation, but also the successful growth of the United States Auto Club,” USAC president and CEO Kevin Miller said. “Our roots originated at IMS and our passion continues to reside here.”

USAC’s national offices are just outside the main gates of Indianapolis Motor Speedway. “To have USAC return to hosting a race at IMS is a historic and exciting new chapter for our Midget series. We are beyond thrilled for both our competitors and fans to add this race to our 2018 calendar,” Miller stated.

Ticket prices range from $35-50 and will go on sale in the middle of July. Camping will be available on-site. Fans can visit www.ims.com/bc39 for more information about this exciting two-night event.

The Indiana Donor Network, which oversees and coordinates organ, tissue and eye donation across the state, launched Driven2SaveLives in April of 2016, coordinating with Verizon IndyCar Series racer Stefan Wilson to promote donation and transplantation awareness during the 100th running of the Indianapolis 500. That campaign honored Stefan’s late brother, INDYCAR race winner Justin Wilson, who died in August of 2015 and whose generous organ donation is known to have saved five lives.

Bryan Clauson, a three-time USAC National Midget and twice USAC Sprint Car national champion, died in August 2016 following a race accident. He too was a registered organ donor and also saved five lives through his donation of organs; he continues to save lives as a tissue donor. In January of 2017, the Indiana Donor Network partnered with Clauson-Marshall Racing and expanded the Driven2SaveLives program into dirt track racing to honor Clauson’s life and career.