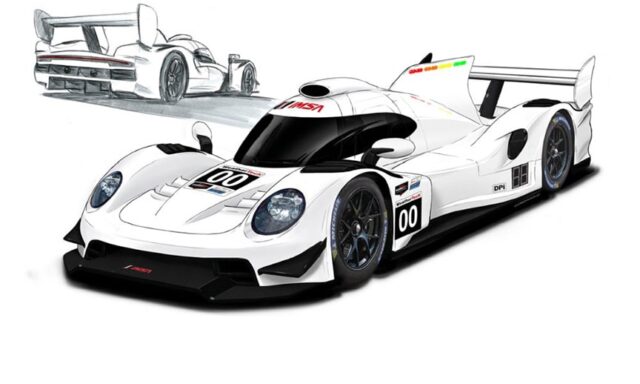 Even while racing through its 2021 WeatherTech SportsCar Championship, IMSA has its eyes firmly set on future regulations for all categories of its offerings.

During the 2020 Rolex 24 at Daytona, IMSA and the Federation Internationale de l’Automobile (FIA), together with the Le Mans-centric Automobile Club de l’Ouest (ACO), introduced a new LMDh prototype category for IMSA racers, one that will be included in the running of the Le Mans 24-hour race, the mid-summer twice-around-the-clock event that complements IMSA’s mid-winter classic in Florida.

To date, four manufacturers have confirmed they will develop cars for introduction at the 2023 Rolex 24. BMW has announced it is joining Acura, Audi and Porsche, who previously announced their intents to develop cars in WeatherTech’s top class. The announcement by BMW came just before IMSA engaged in its fourth race of the 2021 campaign.

BMW’s entry is good for the sport, as the German manufacturer hasn’t joined prototype competition since 2013, after working with Chip Ganassi Racing and its Riley-BMW entry. The marque last won the Rolex 24 at Daytona in 2013.

“BMW is back on the big motorsport stage,” announced Markus Flasch, CEO of BMW M GmbH. In entering the LMDh class, BMW M Motorsport is fulfilling the prerequisites to challenge for overall victory at the most iconic endurance races in the world from 2023. We will be fully focused on tackling this challenge,” with a two-car entry. Flasch said one reason the Munich-based manufacturer is so interested is “maximum cost control.” Racing in the North American market is also very important to BMW and its M brand. “We are all eager to get stuck into the LMDh category with a compact and highly efficient team setup.”

The works team and driver lineup for the two LMDh prototypes will be announced at a later date, Flasch noted. The company recused itself from the full 2021 WeatherTech GTLM championship after having Rahal Letterman Lanigan as its representative; BMW continues to race in IMSA’s Endurance championship.

“Having four confirmed manufacturers for LMDh already, with even more potentially waiting in the wings, is validation for the platform we created alongside our partners at the ACO,” noted John Doonan, IMSA president.

Last January, IMSA decided to park the GTLM class, which has suffered depleted ranks over the past couple of years. Where once IMSA saw fierce competition between factory-supported teams from manufacturers like Porsche, Ferrari, BMW and Chevrolet (Corvette Racing), it now has maybe two or three competitors for many races, as Porsche, BMW and Ferrari have exited – with the occasional exception for endurance events.

That’s left Corvette Racing to pretty much fight it out amongst their two C8.R mid-engine Corvettes, as they fiercely did in exhibition at the Chevrolet Grand Prix during the INDYCAR/IMSA doubleheader adjacent to the Detroit River on Belle Isle. It was the same situation at the third race of the season, the Sports Car Challenge at Mid-Ohio, another in-house Corvette battle in mid-May.

That won’t happen in 2022, when IMSA brings its GTD PRO class to WeatherTech racing, replacing GTLM. IMSA recently announced the new sporting and technical details for the class, which will use cars built to the FIA-GT3 technical regulations. Like GTLM, GTD PRO is geared towards factory-supported teams and drivers. 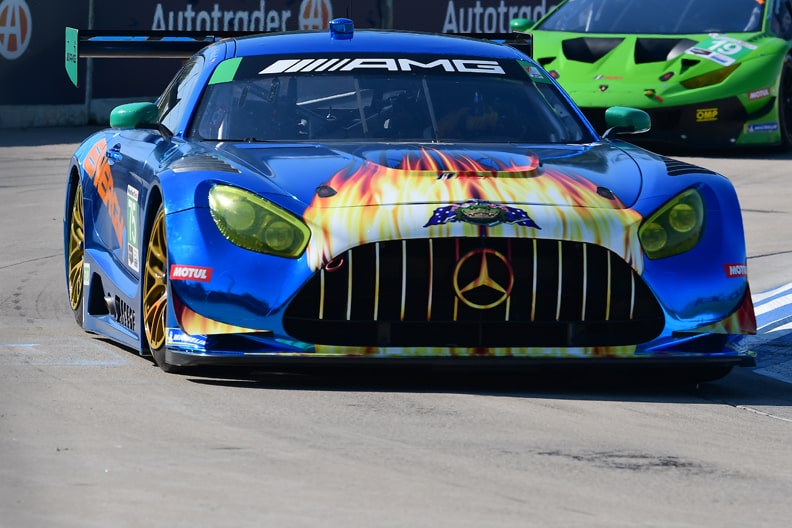 “It was important that we worked in lockstep with our manufacturers and tire partner (Michelin) to develop the GTD PRO ruleset,” noted Doonan. To effect this, the IMSA tech team analyzed all aspects of the new class so that it met the needs of manufacturers, as opposed to the customer racing nature of the GTD ProAm class. “Ultimately,” Doonan said, “the market will speak as manufacturers confirm plans to participate, but we are very optimistic that we will have strong fields in both GTD PRO and GTD starting next year.”

While both GTD PRO and GTD use the same technical specifications demanded by FIA strictures, there are a number of subtle differences between the two:

Both GTD PRO and GTD are using a common FIA-GT3 specification and common fuel from VP Racing Fuels, an IMSA partner. Both classes will use the single specification Michelin S9M tire, one that is currently used in 2021 for the GTD class, thereby reducing development costs for both manufacturers and customer teams. Both IMSA and Michelin intend to introduce a longer-term tire solution for 2023 and beyond.

IMSA intends for its Balance of Performance (BoP) to remain consistent for both GTD PRO ad GTD, as an extension of IMSA’s current processes. Since GTD PRO is geared toward factory-supported teams and drivers, on-track performance levels attained by the GTD PRO class are expected to exceed those of the GTD class. IMSA expects to manage BoP separately for each class.

GTD PRO is expected to adopt the same testing limitations as the current GTLM class, which allows eight days of testing. The GTD class will continue to be capped at four days of testing, although Bronze drivers may have unrestricted test days with IMSA approval. Wind tunnel and straight-line testing are both prohibited in GTD now and in the 2022 campaign.

This upcoming weekend, June 25-27, marks the third race in IMSA’s Endurance championship, Sahlen’s Six Hours of the Glen at Watkins Glen International in upstate New York. (The first two in this championship within a championship were the Rolex 24 at Daytona and Mobil 1 12 Hours of Sebring). The six-hour contest brings seven DPi prototypes, five LMP2 prototypes, nine LMP3 prototypes, the return of BMW’s two-car M8 GTE Rahal Letterman Lanigan GTLM entries and the single, customer Porsche 911 RSR19 entry from WeatherTech Racing, along with a robust 14-car GTD entry for a total of 40 cars