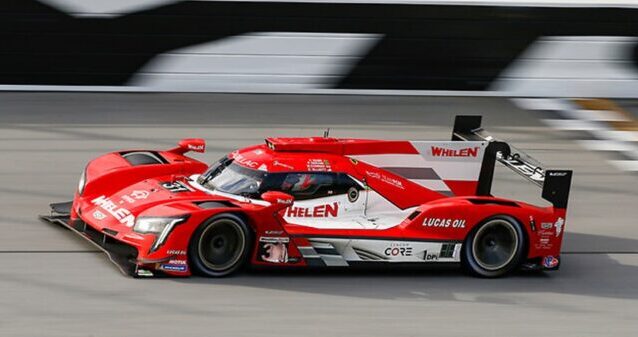 Photos are courtesy of IMSA

With 49 cars in five classes on the 3.56-mile Daytona International Speedway road/oval circuit, the action for these WeatherTech Sportscar Championship competitors was busy throughout the sprint event, which determined qualifying for the Rolex 24 at Daytona that begins 3:40PM ET next Saturday at the same track. Held in changing weather conditions, all teams began this contest on Michelin wet tires and ended on slicks. 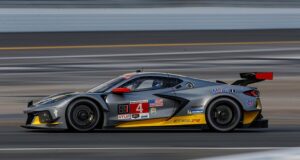 Earning pole position for a 24-hour race is only one piece of glory; ending the 24 hours with a filthy, yet triumphant car is what really matters. In this contest, the No. 31 Whelen Engineering Cadillac DPi was the overall winner of the qualifying race with Pipo Derani and Felipe Nasr at the helm, followed by the No. 55 Mazda 3.664 seconds back. The No. 5 Cadillac took third, the No. 60 Acura fourth, No. 10 Acura fifith, No. 48 Cadillac sixth and No. 01 Cadillac seventh in class and overall.

This septet will be fun to watch when the real show takes place next week – it’s a truly competitive group with tons of experience in both IMSA competition and in this race. Since there’s a single Mazda entry this year, one must wonder if that perennial “rabbit” will be on the same program it’s taken for the past few years, or whether the Multimatic-entered Mazda will swiftly circulate and wait – which is one of the mantras for winning the “24”.

The two “new” Acura teams have victories in the Rolex 24 to help them prepare for the coming battle, but still must contend with the learning experience of a new car and that elephant in the pits, the Cadillac DPi that has owned this contest since arriving on the scene with current IMSA regulations in place. The overall battle, then, looks to be very much up in the air – until that air clears 24 hours after Saturday afternoon’s green flags. 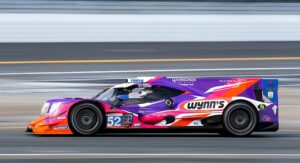 The LMP2 battle might be even more fierce with 10 cars on the docket. The No. 52 ORECA came first in class, while two-time defending DragonSpeed US No. 81 ORECA is back in fifth for the class. Both are veterans of this race. The seven LMP3 cars – a new class for IMSA WeatherTech competition, is split between Duqueine and Ligier chassis; the former tubs fared best with their two entries first (No. 6) and second (No. 7) in class.

A thinned GTLM class featured the two Chevrolet C8.R Corvettes at the top of the heap, the No. 4 leading No. 3 in this race, while the singular No. 79 WeatherTech Porsche 911 RSR-19 finished third in class, the No. 62 Ferrari 488 GTE of Risi Competitizione fourth and the two RLL BMW M8 GTE race cars – who won this class the past two years at Daytona – holding up the rear of a six-car field.

With 19 GTD cars on the grid, it was bound to be a fisticuffs battle and BMW ace Bill Auberlen notched up yet another victory in the No. 96  BMW M6 GT3, followed by Laurens Vanghoor’s Porsche 911 BT3R, the Lamborghini Huracan GT3 of Mirko Bortolotti third and former Corvette Racing star Oliver Gavin, new to the GTD ranks, taking fourth for Vasser Sullivan Racing in the Lexus RC F GT3. GTD has a pile of good cars entered and excellent drivers as well; next weekend ought to be a great show in this class.

One of the great things about watching a race like the Rolex 24 at Daytona is the variety of cars and drivers. When there are disparate capabilities of teams, cars, drivers, the importance of watching one’s mirrors and gauging overtaking opportunities can be the difference between an overall win, a class victory and a disappointing day. And then there’s the weather. Forecasts didn’t predict Sunday’s rain and none is scheduled for race weekend, which should offer temps in the daytime range of mid-60s to mid-70s, with overnight temps in the low 50s.