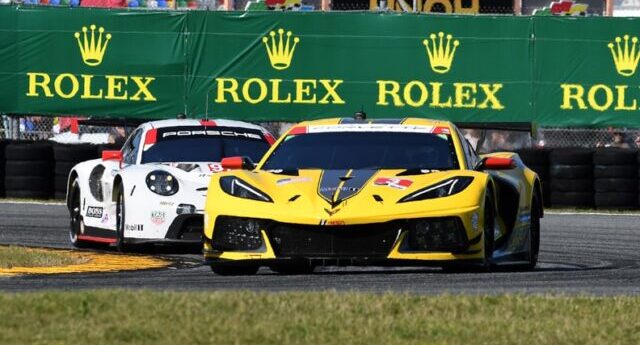 That IMSA would discontinue its GTLM (GT Le Mans) class after the 2021 WeatherTech SportsCar Championship season isn’t a difficult thing to understand. The world sanctioning body is changing the rules after this season and the GTLM category once included many factory-entered or factory-supported teams using Chevrolet’s Corvettes, BMW’s M8 coupe, Ferrari’s 488, Porsche’s 911 models fighting for class wins. Now the class has shrunk exponentially to include factory efforts from Chevy and BMW, with the independent Risi Competizione Ferrari and a single independent Porsche the sole outliers.

As it anticipates Saturday’s green flags for the 59th Rolex 24 at Daytona, IMSA has made adjustments to its classes, designating a new GT Daytona (GTD) PRO class to take over the factory-backed component of its premier WeatherTech series and eliminate GTLM, beginning at Daytona International Speedway’s season-opener in 2022, the 60th annual Rolex 24 at Daytona. The GTLM class currently uses LMGTE technical regulations developed by the Automobile Club de l’Ouest (ACO), sanction for the 24 Hours of Le Mans. 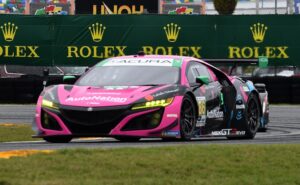 The new GTD PRO class includes cars built to emerging FIA GT3 technical regulations, offering the opportunity for factory teams and driver lineups to compete in the class, while giving customer teams, Pro-Am or Am-Am lineups the option of either competing in GTD PRO or the standard GTD category in WeatherTech competition.

IMSA president John Doonan recognizes the need for this change: “The IMSA WeatherTech SportsCar Championship has long been regarded as featuring the world’s greatest GT manufacturers, teams and drivers, and some of the world’s most exciting and competitive professional GT endurance racing through the GTLM class. We believe,” he said, “the move to GTD PRO offers the best opportunity for manufacturers and teams to continue that legacy well into the future. We expect considerable manufacturer participation when we kick off the GTD PRO class a year from now in the 60th Rolex 24 at Daytona.”

The rationale for this change is due to the FIA’s GT3 technical regulations change for the 2022 racing season. New cars built to these upcoming FIA specifications, as well as any existing cars upgraded through “Evo” kits, will be eligible to compete in GTD PRO and/or GTD beginning next January. There are nine manufacturers currently participating in IMSA’s WeatherTech championship with GT3 cars in the GTD class.