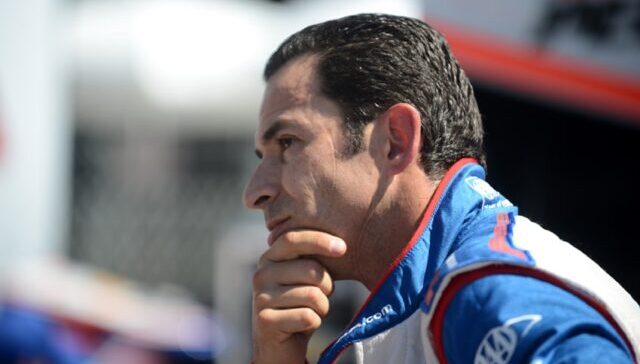 IMSA ended its WeatherTech SportsCar Championship season by completing the 36 hours of Florida, something the series intended to do in March, but the novel coronavirus got in the way of conducting the Mobil 1 12 Hours of Sebring. Instead of being the second race of the year, Sebring served as the season finale and not exactly its normal version of Spring Break.

Not only did this 68th annual celebration of sports car racing celebrate new champions from a departing team, but it accented the fact that, despite adhering to a Balance of Performance (BoP) theory that intends to keep cars competitive with one another, in actuality all of the premier DPi teams, from Acura, Cadillac and Mazda, managed to win races during this difficult campaign and keep the championship lively to the close. 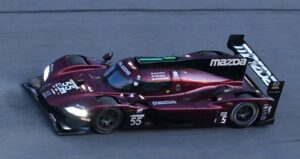 Mazda won the race and finished third, validating the manufacturer’s change to Multimatic for its race prep and continuing with AER for its engine supplies. With Mazda veterans Jonathan Bomarito and Harry Tincknell joined by 2012 INDYCAR champion and 2014 Indianapolis 500 winner Ryan Hunter-Reay, the No. 55 defeated Acura Team Penske’s No. 6 Acura DPi driven Dane Cameron, Juan Pablo Montoya and Simon Pagenaud by a vast 10.154-second margin of victory. The No. 77 Mazda finished third with regular drivers Oliver Jarvis and Tristan Nunez joined by Olivier Pla. The top three were all on the lead, 348th lap of the 3.740-mile airport/road course.

Despite mechanical issues that saw them finishing eighth overall, the championship went to the second, No. 7 Acura Team Penske DPi of Ricky Taylor, Helio Castroneves and third driver Alexander Rossi. The significance of this car’s title can’t be understated: since arriving in the United States to race in Indy Lights with Tasman Motorsports in 1996, Helio Castroneves has been trying to win a racing title. This one marks his first, if one doesn’t count his achievement in winning ABC’s Dancing with the Stars television show. 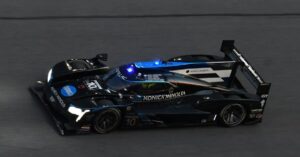 Castroneves has three Indianapolis 500 wins to his credit, all achieved with Team Penske. This Saturday’s race marked his finale with the most successful open-wheel team in American history and, well, it’s great for Castroneves to go to his next open-wheel challenge, a partial season with Meyer Shank Racing in the NTT IndyCar Series, owning that formerly elusive title. “I’m so glad it was our turn. You never give up,” he said. “We never gave up.”

How close was Helio to not winning a championship Saturday night? Castroneves’ team, which took driver, team titles and helped Acura gain the manufacturer category, had one single point in hand to the seventh-finishing No. 10 Cadillac DPi of Wayne Taylor Racing; WTR did take the IMSA Michelin Endurance Championship, thanks to their Rolex 24 at Daytona title for the second straight year.

But back to Castroneves, who has battled ferociously with fellow Brazilian Tony Kanaan since the duo were part of Tasman’s Marlboro Latin America team in ’96, the duo teaming with Jose Luis de Palma and Gualter Salles. Castroneves and Kanaan were the stars of Tasman’s Indy Lights program, with Tony taking the Lights title in 1997 from Helio. Tony would continue in CART with Tasman while Helio went to Bettenhausen Racing.

Castroneves, still, landed at the right place when he took over the Team Penske seat originally assigned to the late Greg Moore in 2000, and where he secured those Indy 500 wins and a pile of others. He’s continued with Team Penske through the 2020 campaign at Indy, trying to join the magic four-timer’s club.

Acura Team Penske ceased to exist after the checkered flags waved to end the 2020 season and, in fact, the No. 6 car was delivered to new Acura DPi team Meyer Shank Racing. See the incest here? Meyer Shank’s IMSA team won the GTD championship. And Dane Cameron, who drove the No. 6 to its second-place result Saturday night joins Meyer Shank to help continue the winning ways of this race car. The second Acura team is Wayne Taylor Racing; winners beget winners.

While the entirety of IMSA’s paddock was gratified to be in central Florida – and to have good weather for their race – there was a pall over the proceedings. The 1996 Daytona and Sebring winner, Jim Pace, 59, passed away shortly before the 12-hour race began, due to COVID-19. His loss was felt at IMSA and by anyone that has followed sports car racing over the years. “Racer, teacher and loyal friend,” noted IMSA president John Doonan. “These are the simple words to describe Jim Pace and the loss our sport feels today, due to his passing.”