RacingJunk News > Product News & Releases > Product Reviews > How Safe are Your Tires? Michelin Wants to Know and So Should You as They Launch the Premier A/S

The voice in my head was pretty clear – wet conditions, unsafe speeds, bad things are gonna happen.  As I accelerated around the corner, my heart in my throat, I shoved that voice back down. But slick pavement met worn rear tires and front wheel drive to spin me around in a picture perfect 360. My head rapped against the window, and the seatbelt slammed me into my seat. I barely paused as my foot lifted from the brake and slowly pressed down the accelerator.  I was rattled but unhurt.

“That was great,” said the instructor sitting next to me. “I never even had to put you into neutral.”  I breathed a sigh of relief. “I don’t have to go around again, right?”  She shook her head and I adjusted my helmet as I steered the Camry off of the track, grateful.

Tires – we know all the slogans. A lot is riding on your tires.  Turns out, that old slogan, and others, like the more current “See How the Right Tire Changes Everything” is part of Michelin’s global campaign to not only put you in the right tire, but to educate the consumer about tire safety. 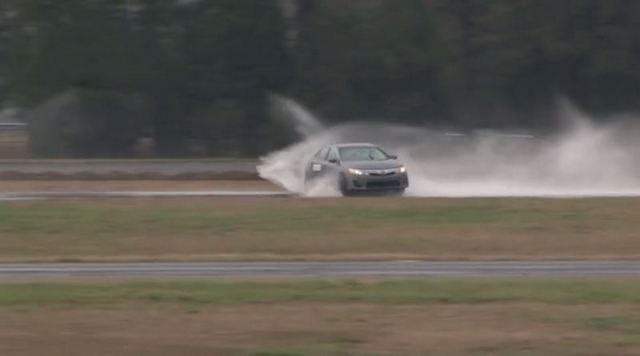 Recently, we had the chance to test the connection between safety and tires as guests of Michelin at their Laurens Proving Ground facility in Laurens, South Carolina.  The above demonstration was a hands-on example of what happens when your rear tires are worn down – loss of control, high risk in less than optimal conditions. It followed a few laps at speed in the same model but with new tires on the rear and worn tires on the front. There was slippage (and a lot of silent, internal yelling at myself to slow the eff down, while the calm, patient instructor urged me forward, faster, and faster) but no spin out. Swap the orientation, and bam. Spin out. 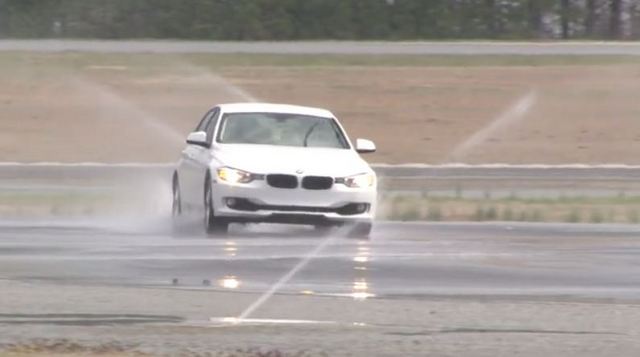 Folks, if you’ve gotta buy two new tires instead of four, put those tires on the rear wheels. I’m a convert.  I’m proud of that spin-out, but I got to do it in a controlled environment with no one around to harm. I’ve only spun out once in real life, on a glassy street, midwinter on River Road in Minneapolis, and I don’t know what was watching out for me or the other cars that I did it without hitting anyone or hurting myself. I got lucky.  But there’s luck, and there’s precaution, and if having your tires in the right place (and having the right tires) can help boost luck, why on earth would you hesitate to increase the odds in your favor?

Other safety tests involved a head-to-head comparison between the grip and grab of a Toyota Sienna sporting OEM Michelin’s and a BMW 328i with bargain tires on a wet obstacle course. Sure the mom-mobile offered a mental hump to bridge. You want me to go how fast in this thing? But I trusted the instructor and slalomed the beast around to feel the traction and control a solid tire offered.  The ultimate driving machine and its bargain basement shoes? Butt-wiggle galore, plus slipping and sliding and grinding that did no favors to the performance vehicle.  Again, I’m sold. There’s more to life than the $89 special at JustTires. 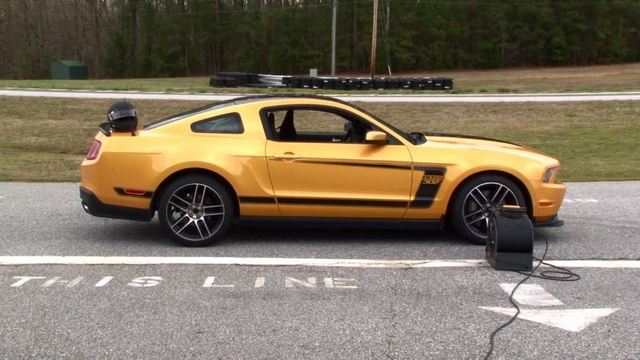 As a reward for all the slipping and sliding, we also had a chance to do a hot lap in a performance Mustang with a professional driver at the helm. The palate cleanser was a thrill ride, but also useful. Performance tires are an essential part of handling at high, aggressive speeds.  No one wants those screams of glee to turn to screams of terror.

The experience, and the invitation to come participate in the test, were part of the effort to launch Michelin’s new baby – the Premier A/S, a tire that comes with the claim “Safe When New, Safe When Worn.”  Michelin invited a group of female auto journalists and parenting bloggers to come learn about safe tires, and we showed up ready to put those theories to the asphalt. Former racers look for different things than the moms, but safety is always a priority across the board and the group was ready to challenge this new tire, and the claims made by its manufacturer, first hand.

The test involved accelerating a performance vehicle to 50 MPH, then coming to an immediate halt on wet asphalt, allowing the driver to see, and feel, the reality behind Michelin’s claims to the Premier’s abilities.  The test happened in three parts – two braking tests on a Cadillac ATS with new competitors tires, and then a braking test in the same vehicle in Premier A/S tires that were at 50% of their wear did indeed give the win to the Michelin by a solid 12 -20 feet, depending on the vigor of the driver’s braking.

So what makes the Premier A/S special?  New technology in the molding allows Michelin to produce the tire which sports EverGrip™ technology, which keeps the tire (and the vehicle) in excellent condition even as the tire wears down. This happens through a combination of new materials which increases grip– increased silica and sunflower oil – and new tech, like the hidden grooves that appear as the tire wears, and the expanding rain grooves that widen over time to continue to expel water.  At 5/32” of tread, the tire stops faster than its competitors – 119 ft to 133 ft on the other tire. New, at 50 MPH to 9, the tire stops in 106 ft in wet conditions. Impressive numbers, and impressive performance.

The Premier launched at the North American International Auto Show in Detroit this year, and will be available in April for consumers.

It’s one thing to hear PR folks and product testers sing the praises of their cool new thing, but to feel those tires on an actual vehicle, to have experienced the risks and benefits of unsafe conditions and less than stellar tires, and then to see what a better option is? That’s eye opening.  So whether it’s your drag car, your LS chimera, or your mini-van, check your PSI, examine your tires, and make sure you’re giving yourself the best possible option in every condition.  It’s worth it.

3 Comments on How Safe are Your Tires? Michelin Wants to Know and So Should You as They Launch the Premier A/S