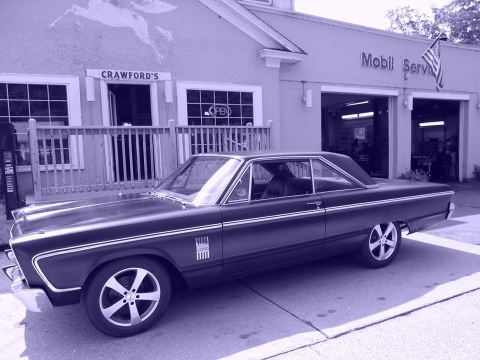 A couple of summers ago, I wrote about my latest project (a 1966 Plymouth Fury III) for our sister site, HotRodHotline.com.

The Fury was my first attempt at “low-and-slow” and was acquired largely as a knee-jerk reaction to my girlfriend having been in a very bad car accident early that spring.

Everything “fast” was sold so that she’d feel more comfortable with my car hobby/addiction, and since pretty much everything I owned up until that point had some type of snorting, angry V8 underhood, I wanted to find something I thought she’d be more comfortable riding around in on the weekends. Turns out a giant tin can with only lap belts, drum brakes, no climate-control system and questionable handling doesn’t really qualify as the kind of car that tickles the fancy of a woman who’s recently needed to be extricated from her car by a bunch of guys in rescue gear wielding the “Jaws-of-Life.”

After getting the Fury out of winter hibernation, I took a hard look at the fact that in two summers with the big Plymouth, my girlfriend had ridden in the car four times and driven it once. That single pass behind the wheel pretty much killed any possibility of her ever getting in the car again. So with this summer logging in as the third in a row without a truly quick car (her Honda Accord should not be the fastest horse in the stable), a little bit of distance between the accident and today, and my 40th birthday approaching at the end of the year, I decided I should do what any red-blooded, soon-to-be-officially-middle-aged American male in my position would do: Buy a muscle or sports car and get back to the stuff I like!

The question of what to buy was difficult, however.  I’ve already owned several GM F and G-bodies, a Corvette, two Mustangs, a street/strip Nova and an oddball assortment of other toys over the years. Given my girlfriend’s very fair discomfort with old safety technology, I started hitting the local dealerships and looking at cars like the new 5.0 Mustang, Challenger R/T, Camaro SS and the Nissan 370Z.  About a week-and-a-half ago I pulled the trigger, sold the Fury, and bought a used… Miata. 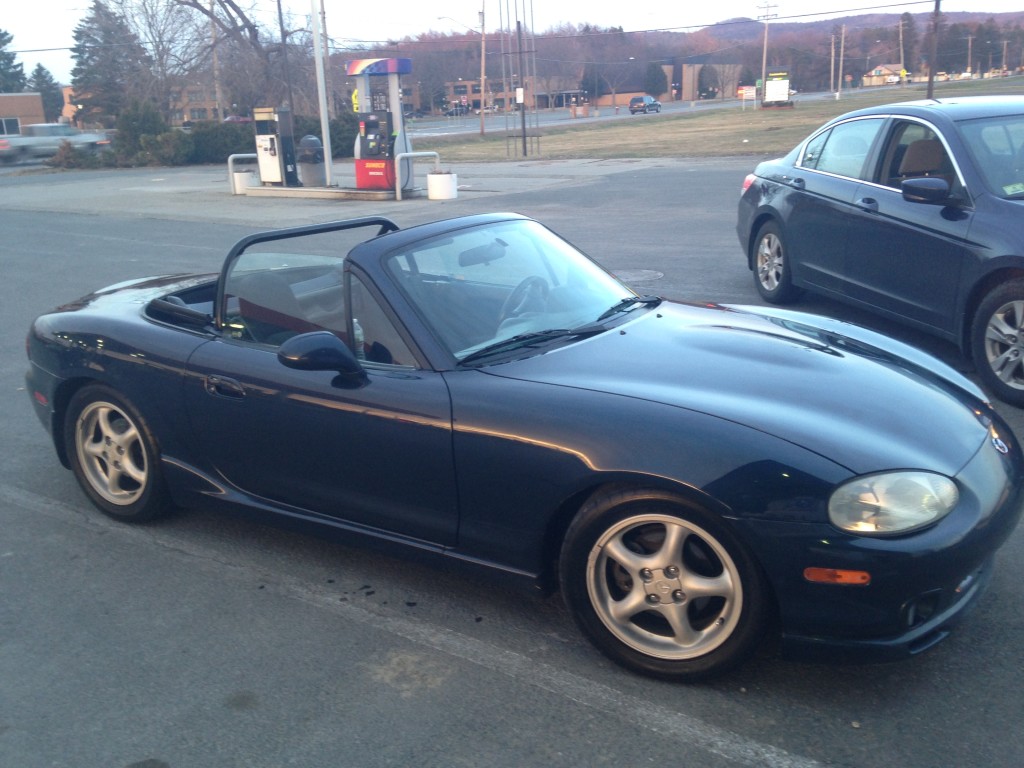 I still can’t believe I typed that correctly…but it IS correct. I bought a Miata from a very enthusiastic gentleman and his wife, both just on the other side of middle-age, who were finding it difficult to get in and out of the car, so they had recently upgraded to a more comfortable BMW 330 convertible.

Why, WHY IN THE NAME OF ALL THAT IS FAST did I buy a tiny, underpowered roller skate?  It’s quite simple, really:

1) I just wrote a check for a large sum to a roofing company to replace the winter-ravaged roof on the house, and paying cash for a used car made a little more sense than taking a large loan on brand-new modern muscle. 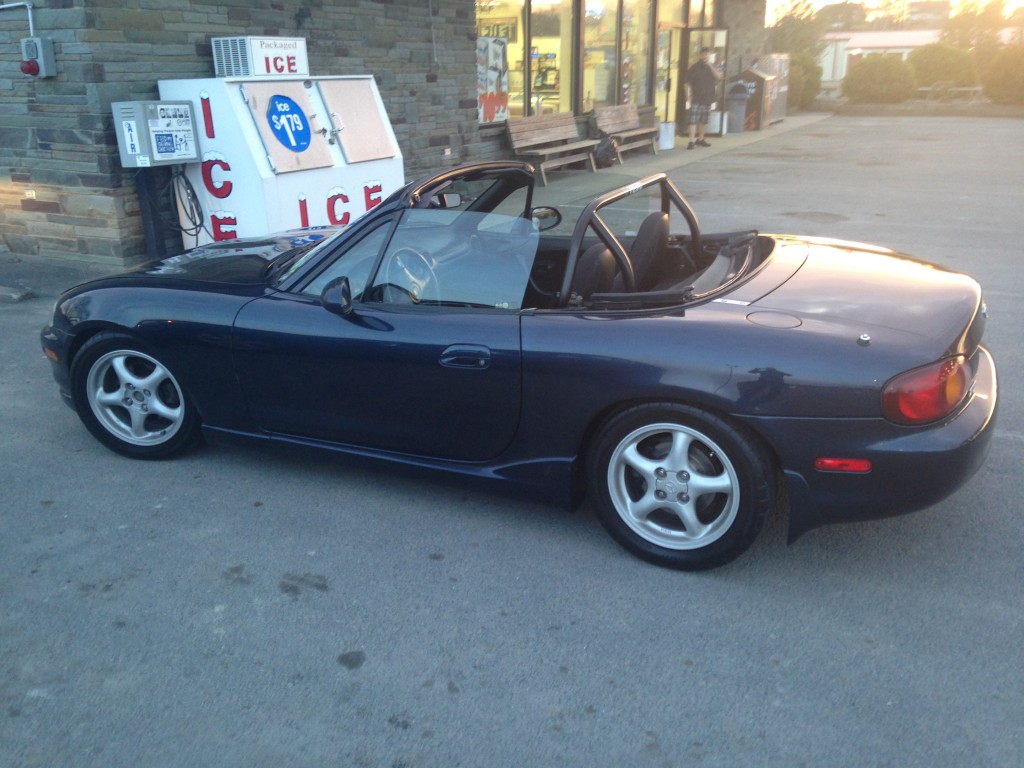 With that in mind, we opted for her to drive the Miata first, and with encouragement from the gentleman who owned it to “really get on it” during the test drive, we were on our way.

Thirty seconds into the test drive I was sitting in the passenger seat and looking at the first real smile on her face behind the wheel of anything in a long time. As she rowed through the gears on an old farm road, I knew I was buying the car before I even got behind the wheel. While it really can’t even be called quick in a straight line, never mind fast, the Miata officially qualifies as a slow car that’s fun to drive fast, sort of like my old 1971 VW Beetle. It’s simple, VERY GOOD at the one thing it’s designed to do – corner – and has the bonus of being far more economical to drive back and forth 40 minutes each way to work than my Z71 Silverado.

We’ve had the car for a month now and have already been out back-road bombing together more times than in two whole summers with the Fury. I guess what they say really is true: “Happy (almost) wife, happy life;” and I might even have enough cash left over from the sale of the Fury to buy that ’63 Nova project I’ve had my eye on since last fall…