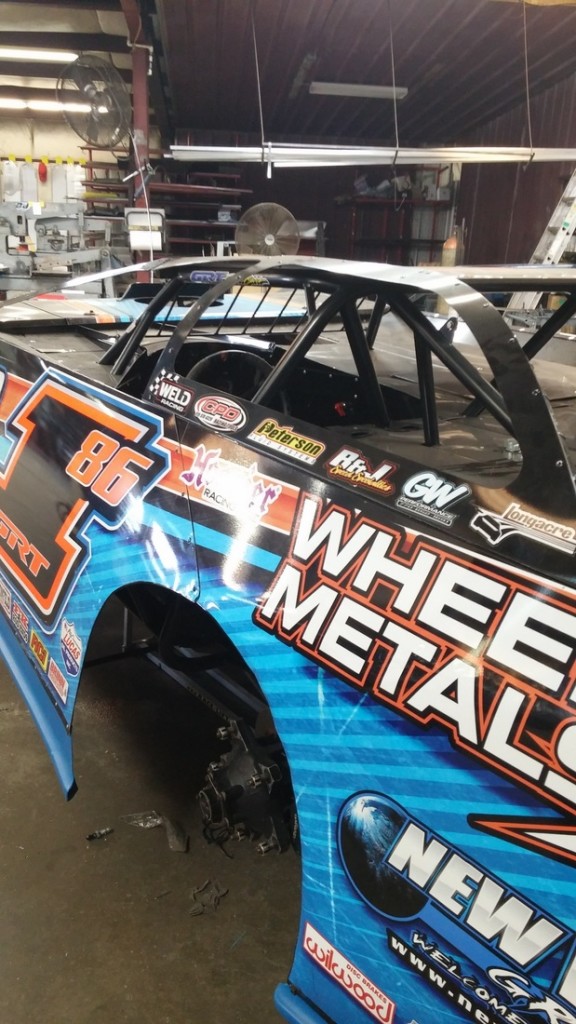 Ask Joe Garrison, President and chief bottle washer of GRT Race Cars, about the direction of Late Model chassis tech and you have certain expectations. You expect to hear about suspension design and the various tweaks chassis builders make season-by-season to keep their product viable.

But the biggest change, Garrison said, is cost.

Specifically he was speaking to the increased emphasis on shock tech. Nowadays it’s typical for a successful team to keep a wide range of shock on hand, with different valving, bleeds and gas pressure, and to have a shock dyno on the trailer. That’s plenty there, but Garrison pointed out that the most successful teams have an engineer on hand to provide moment-by-moment insights derived from data-recording and driver feedback in turn used to dial-in the shock setup.

“Engineers are becoming part of the sport. Faster than we need it to,” Garrison said.

In time, as the conversation continued, Garrison pointed to the Davenport / Rumley Lucas series championship win in 2015 as what has pressed the need for rule changes. Kevin Rumley in his dual role of engineer/crew chief for that team has been widely cited as the reason behind the Lucas series making a large update to its suspension and shocks rules for its 2016 season. The team’s shock tech, led by Rumley, gave that team a dominating position in the ’15 series, many felt. (Fair to point out that post rule change the team won at the January race in Arizona).

Garrison pointed out the tension in expenses between top-flite teams with engineers on staff and the budgets to provide it, and grassroots racers still coming up, teams which don’t have a budget for staff engineer. The latter group, in an era of increased cost to race, suffer, and with it, Late Model racing without a new crop of up-and-coming teams, no longer able to compete as tech costs drive them to other, more restricted classes, suffers as well.

It is not, however, as though Late Model chassis design and development has been tech-absent. Garrison pointed to GRT producing a CAD-designed chassis back in 1996 as being a forward moment for the sport. At that time, using engineering from sports car racing, flex points were designed into the chassis to give handling advantages. Garrison added that currently tech is being reviewed and some of the lessons learned are being reapplied to current production. The increased flex, really flex points, in a chassis lend to a more forgiving car, he said.

And with this the conversation went back to shocks, or really the ability of shocks to do a better job of turning the car for a given set of track conditions, and changing track conditions, in the modern environment.

These days “it’s more in the shock and less in the suspension,” he said.

Like everything else, this isn’t to say it is a question of rolling it off the trailer and not worrying about it. Tuning the car for a track still involves getting the right range of options dialed, tires for example, and of course, back to the subject at hand: Shocks, and with that, shock cost, or really engineer cost, facing the 2016 season.

“Sooner or later,” Garrison said, “they’ll have to put a limit on it.”