RacingJunk News > Classifieds > How Can a ’72 Gremlin Be so Ugly But so Cool at the Same Time? 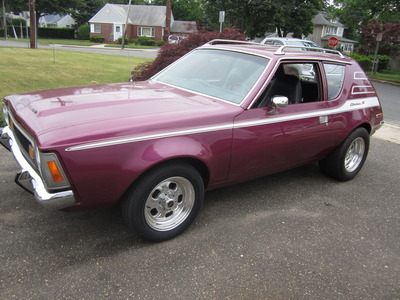 When I say the word “Gremlin,” the words beautiful, or even cute don’t necessarily spring to mind. Unless  you’re thinking of Gizmo from the movie Gremlins–that little guy is adorable. In 1970, the American Motor Company introduced the Gremlin to its lineup. This feisty little sub-compact came onto the muscle car scene with a vengance. With engine choices ranging from a 2.0L 4 banger all the way to a massive 6.6L V-8, it’s no surprise that Gremlins were popular among people that cared more about power to weight ratio than looking cool. 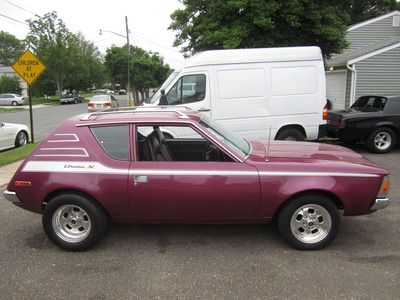 But if you think about it, there’s nothing more muscle car than the AMC  Gremlin. It follows the muscle car mantra of huge V-8 shoehorned into smaller car better than any muscle car of the era. Even rarer is this Gremlin X  we found on Racing Junk. Not only does it have the famed 401 engine but the gears are shifted the good old fashioned way with three pedals. This original example of the best of the best Gremlin ever can be yours for only $16,500 and yes that is the original paint color from the factory called “Wild Plum;” the seventies were crazy huh? “The car is 5 hours of work and $200 away from being a show car!” says the owner.  Maybe it’s worth the call, we certainly think so.

About Ralph Guerra 45 Articles
Ralph Guerra is the associate editor for RacingJunk.com. Ralph grew up in Southern California's car culture and quickly became infatuated with anything and everything V8. Whether it was a 63 Fairlane with a 289 or a Gt500 with a supercharged 5.4, if it was a V8 he wanted to drive it--fast.

6 Comments on How Can a ’72 Gremlin Be so Ugly But so Cool at the Same Time?