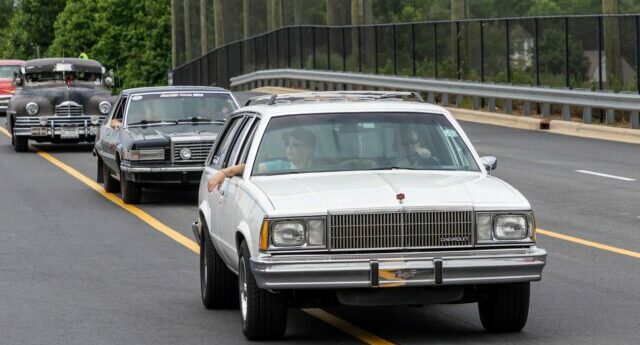 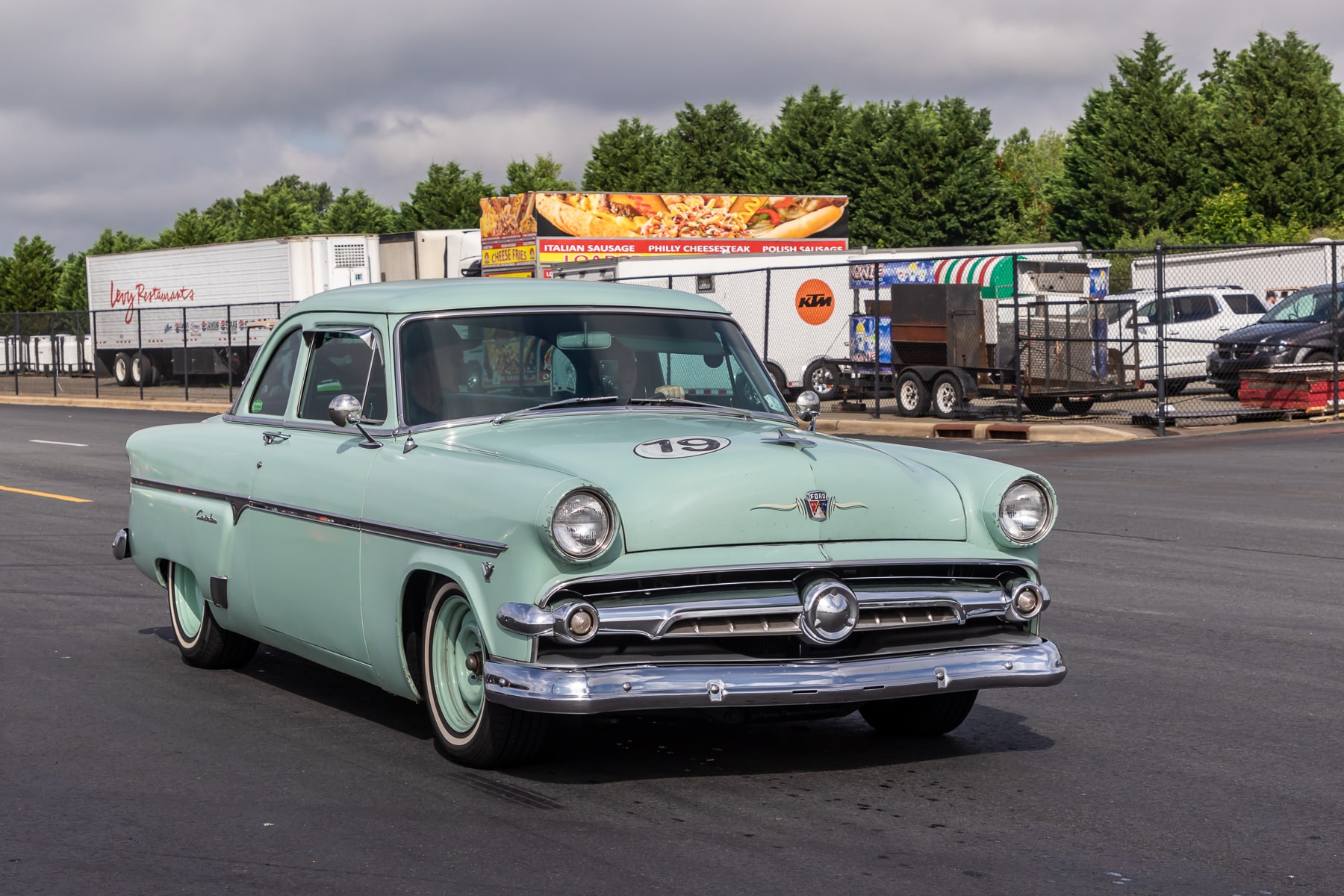 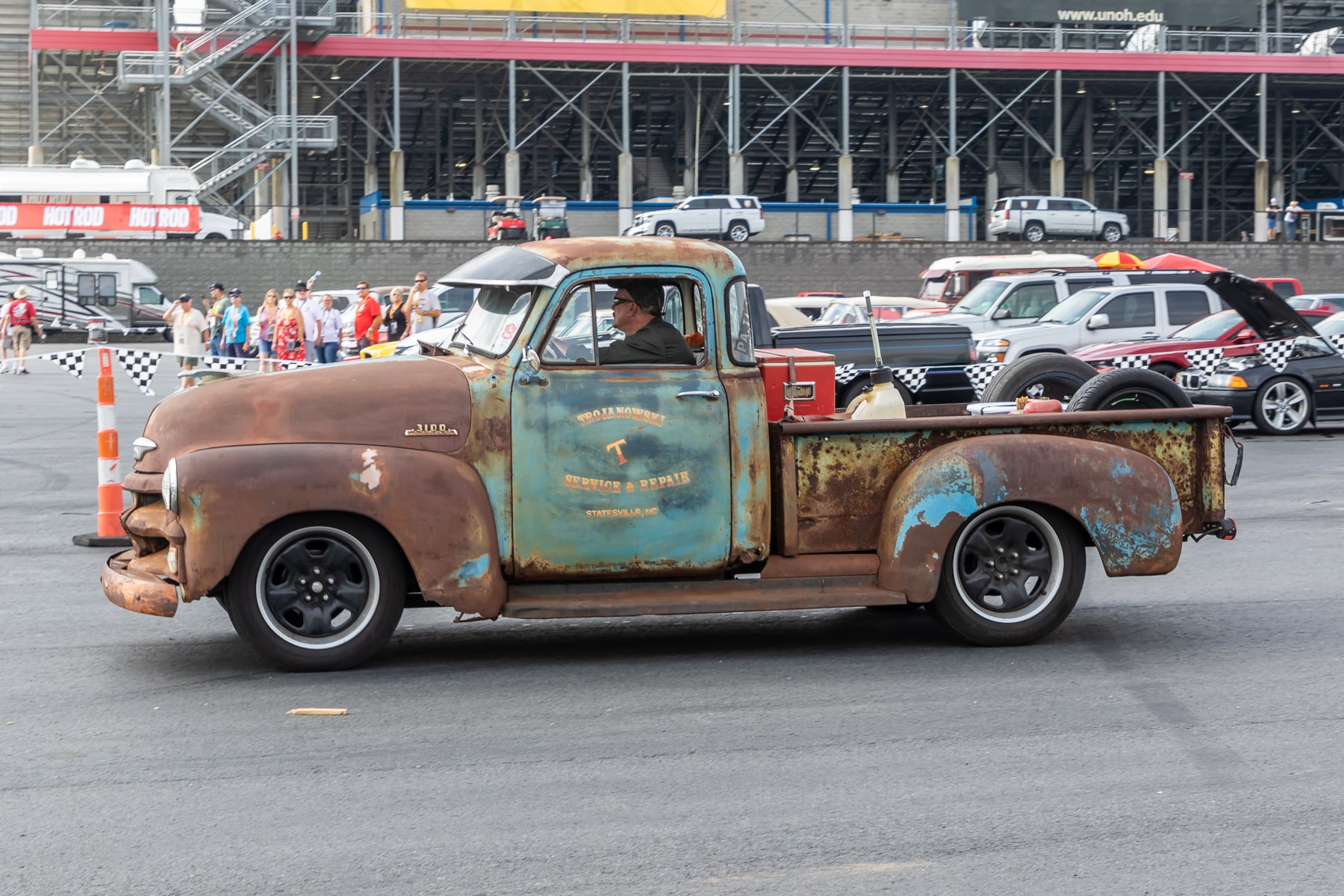 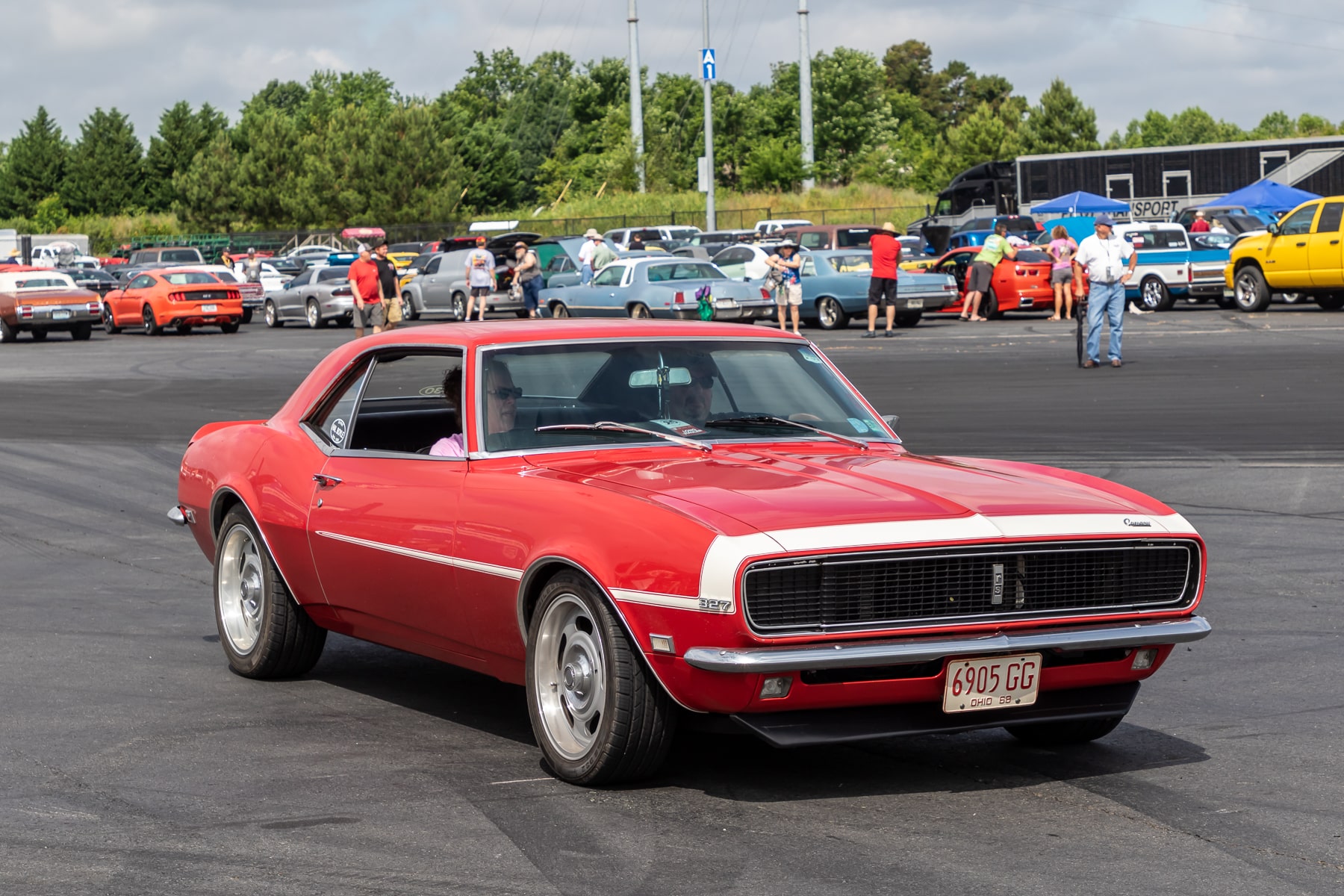 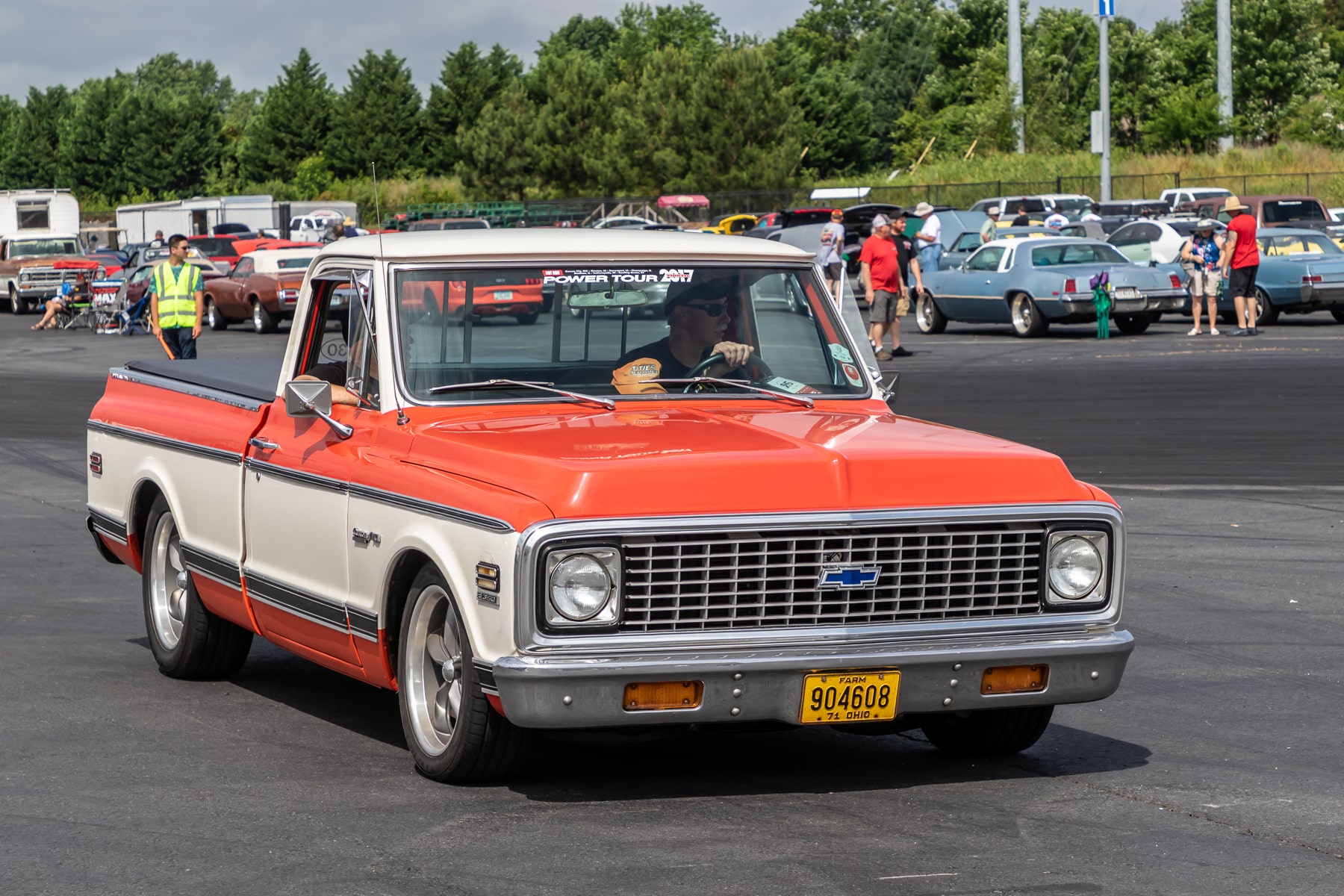 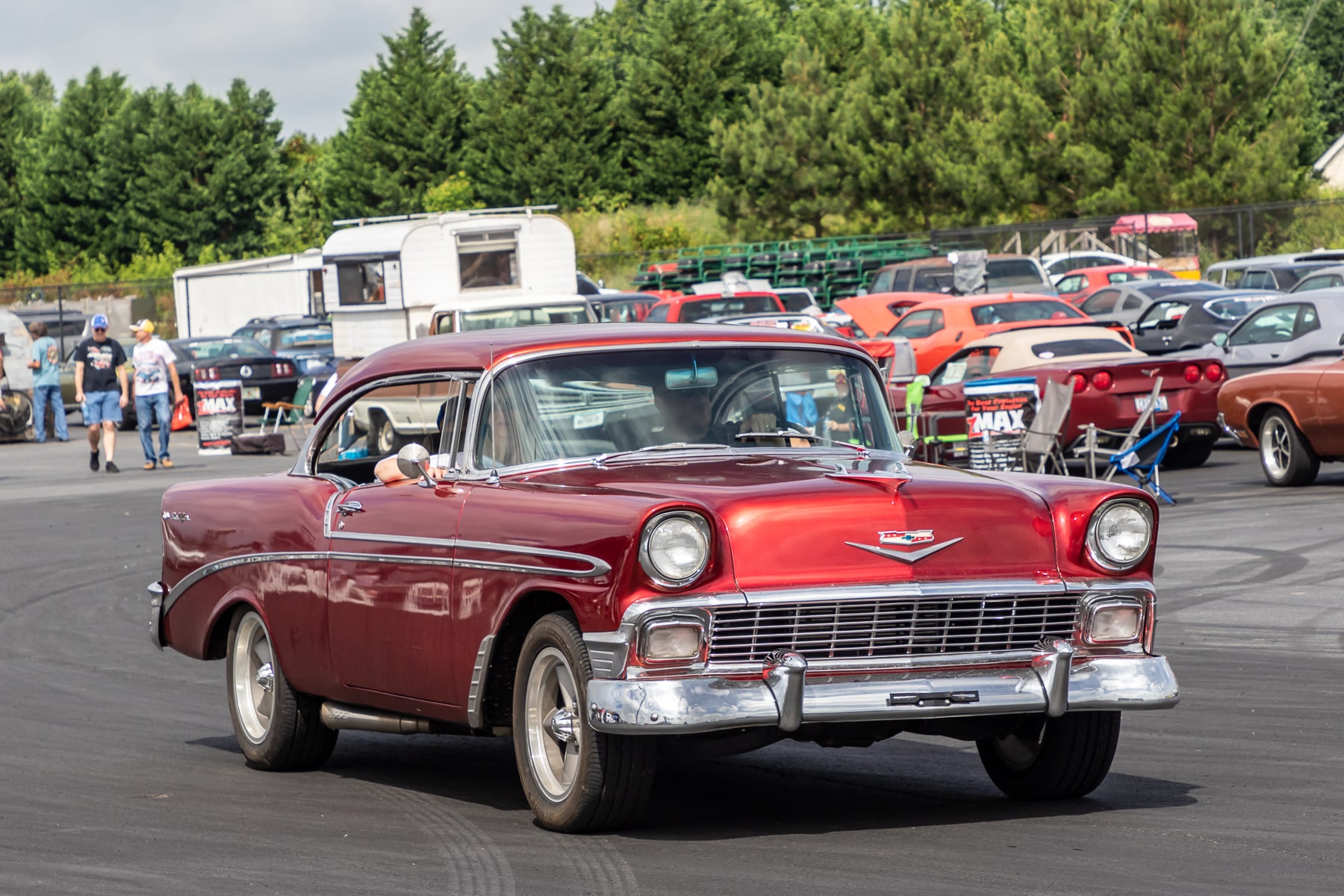 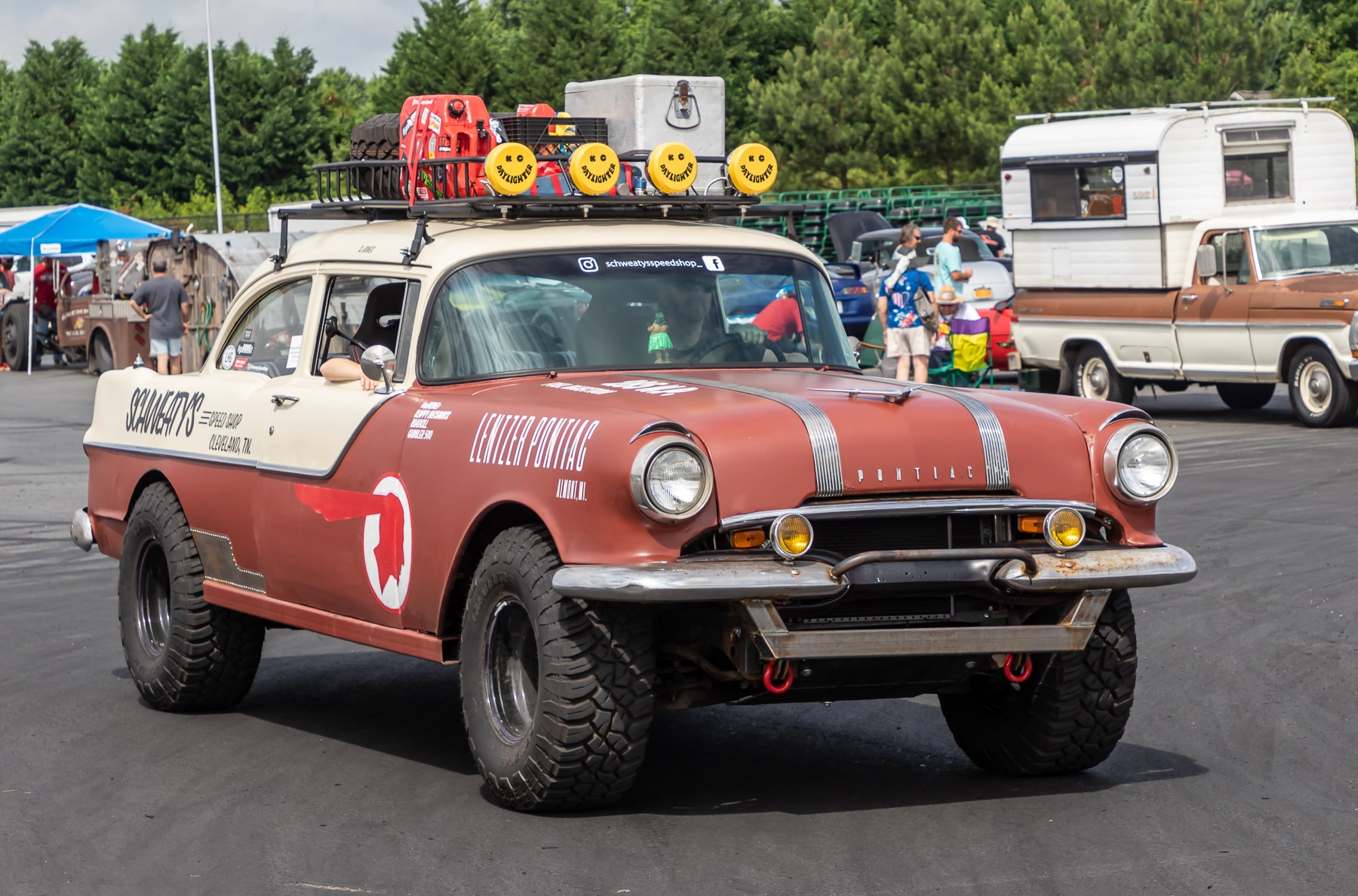 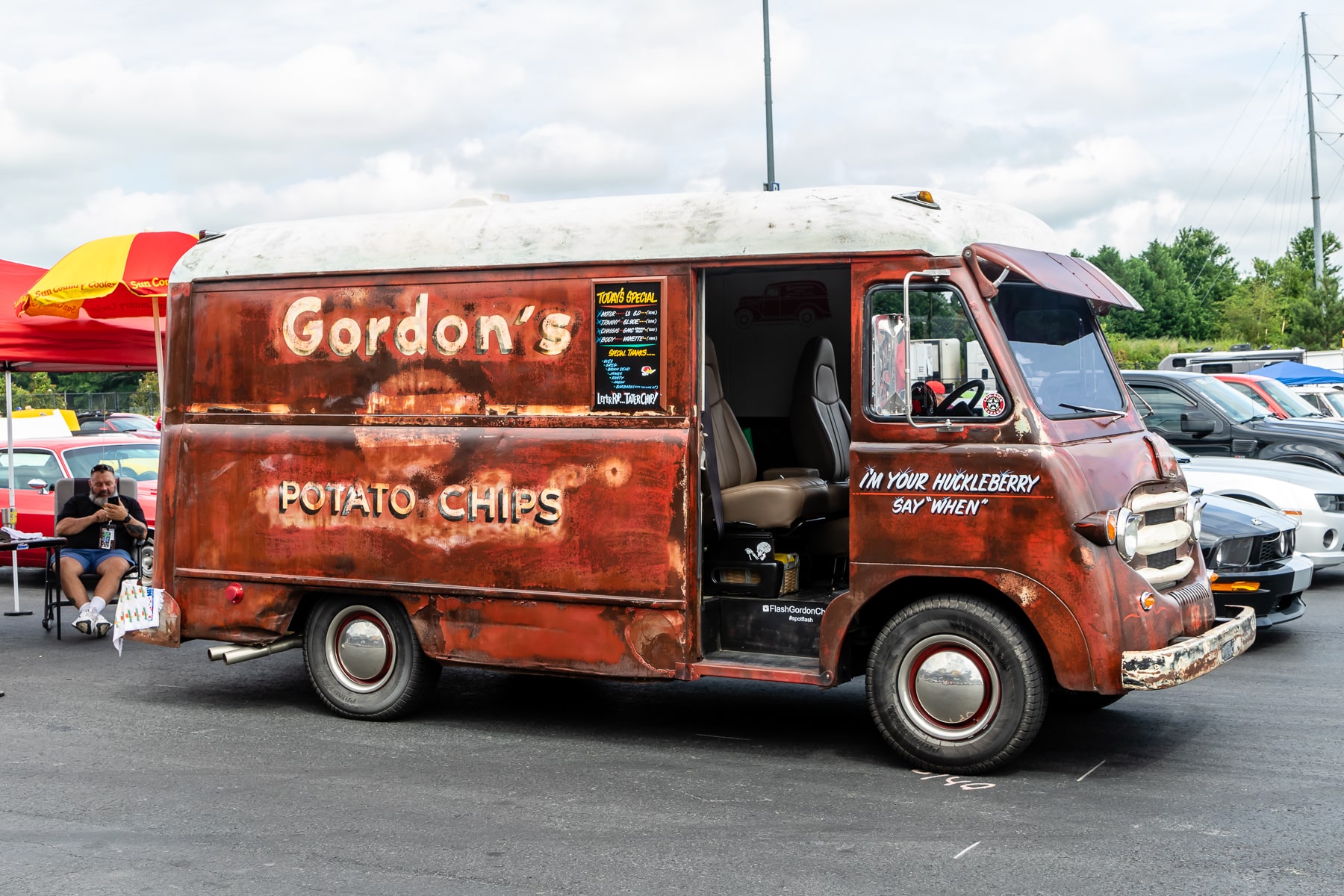 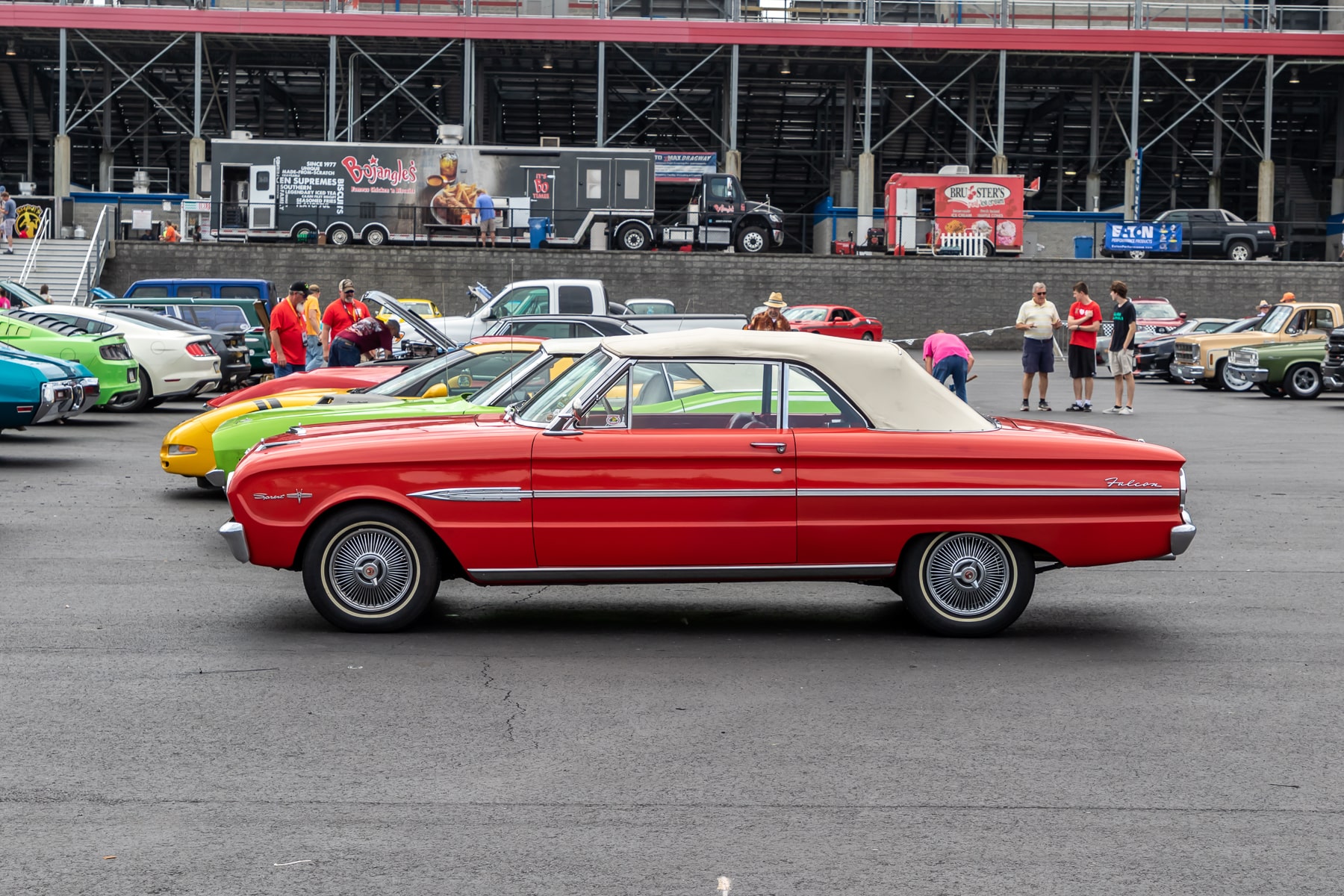 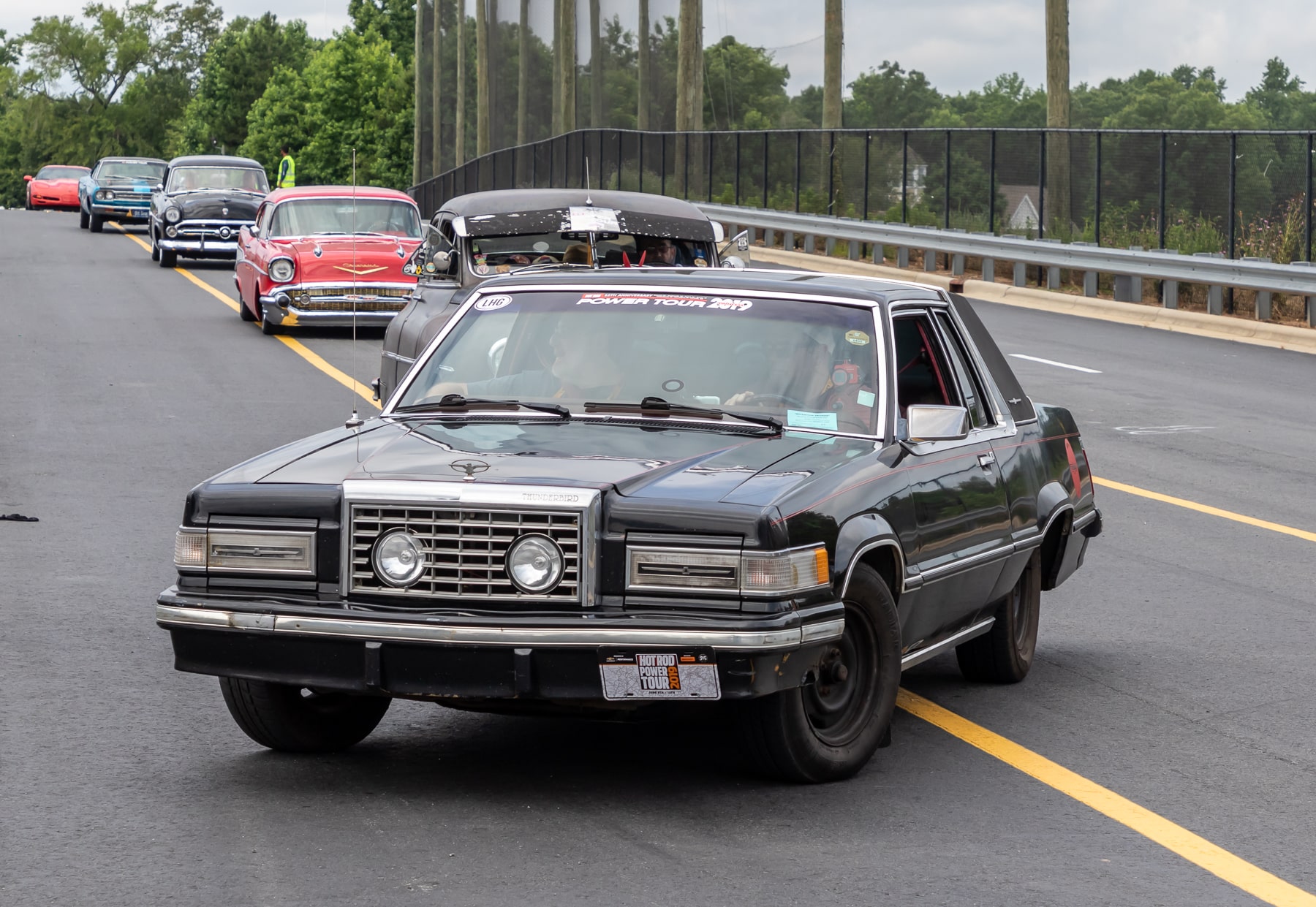 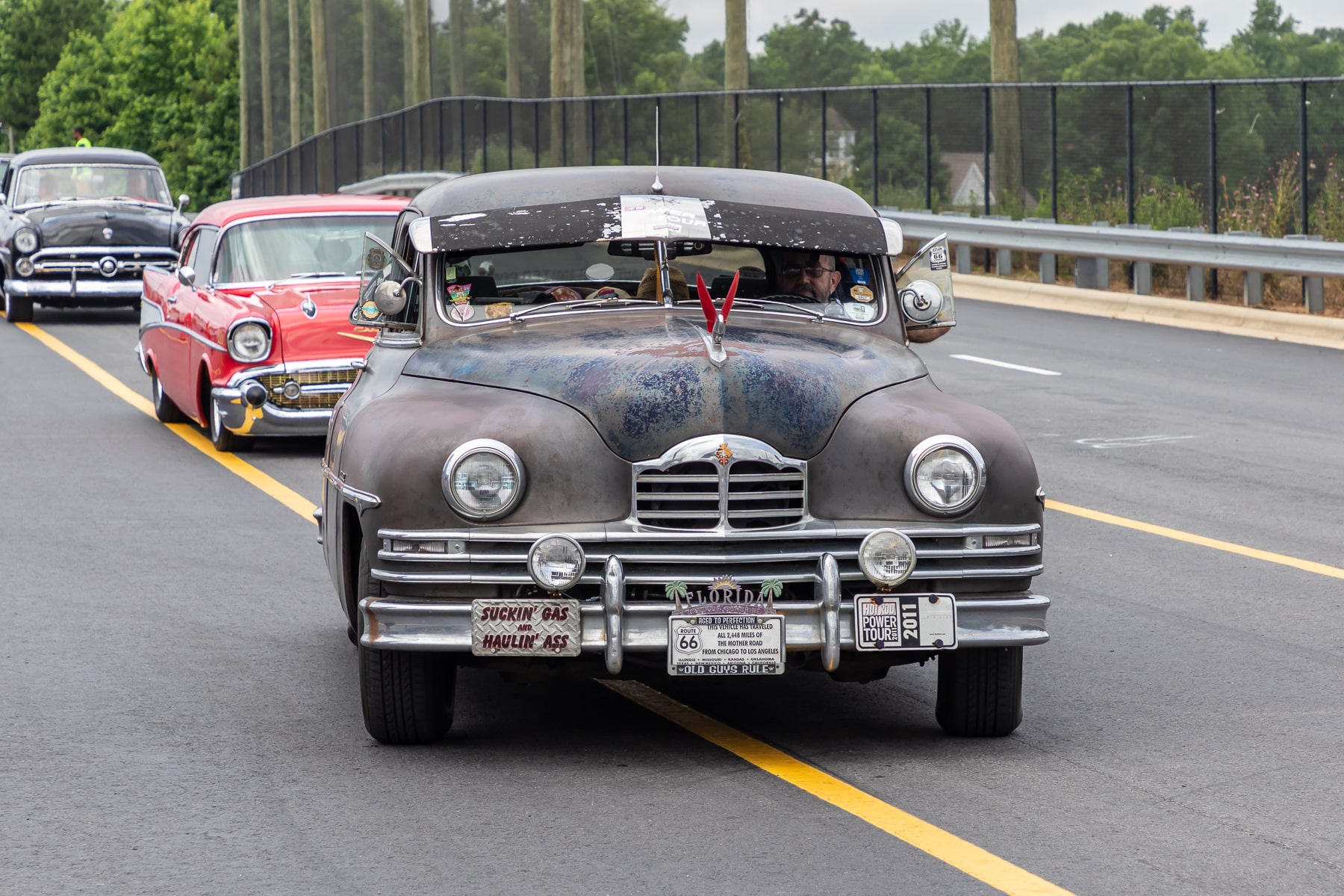 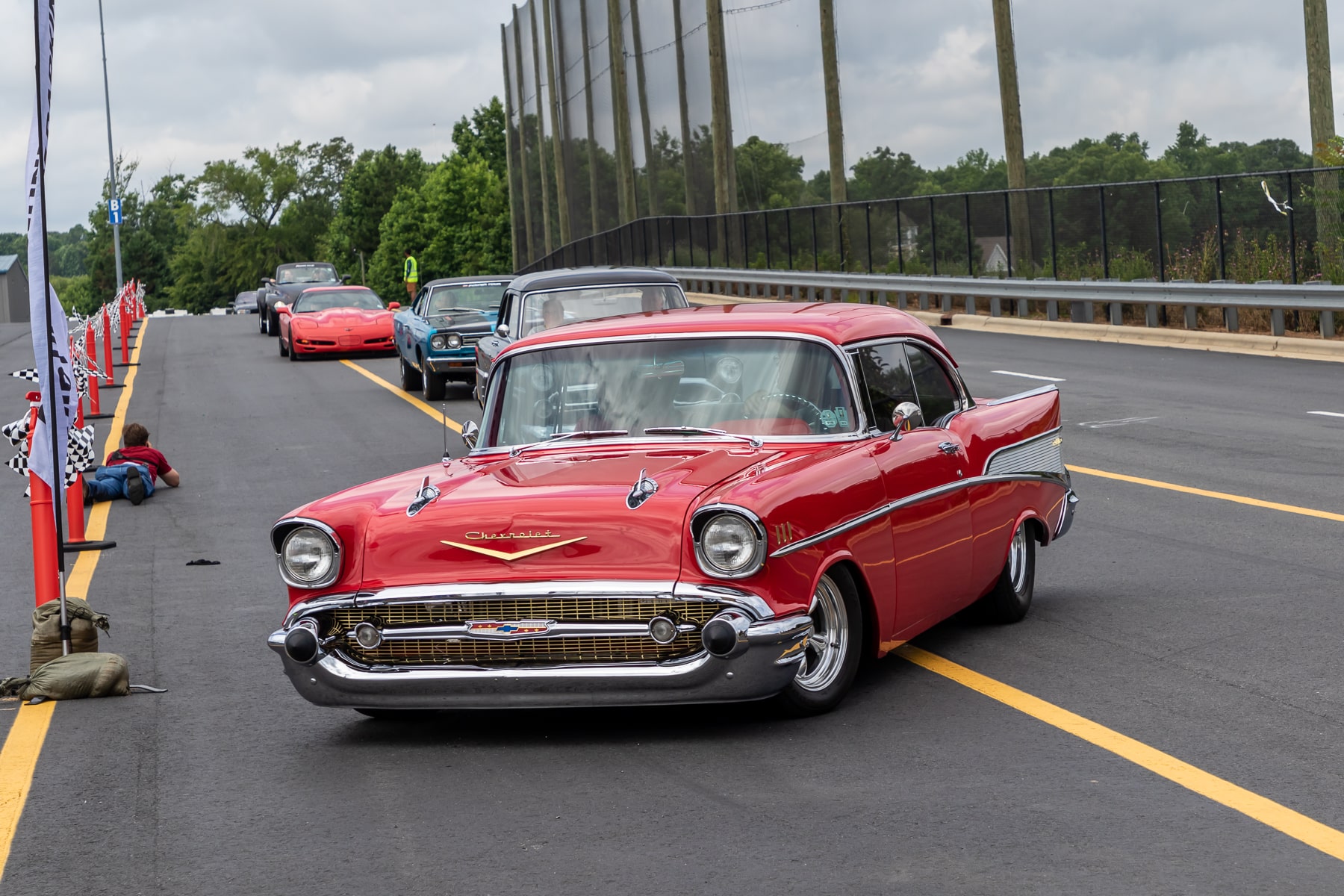 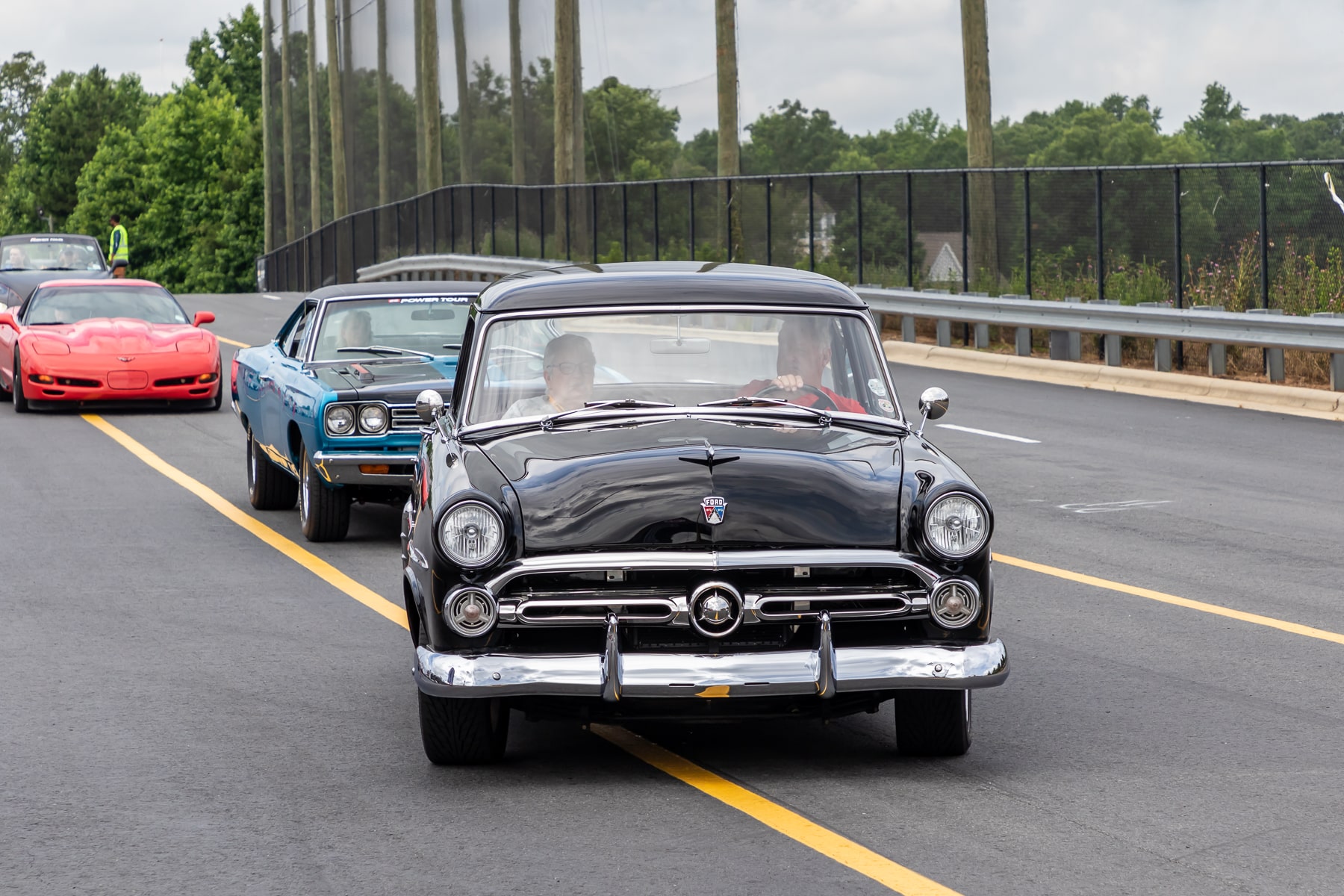 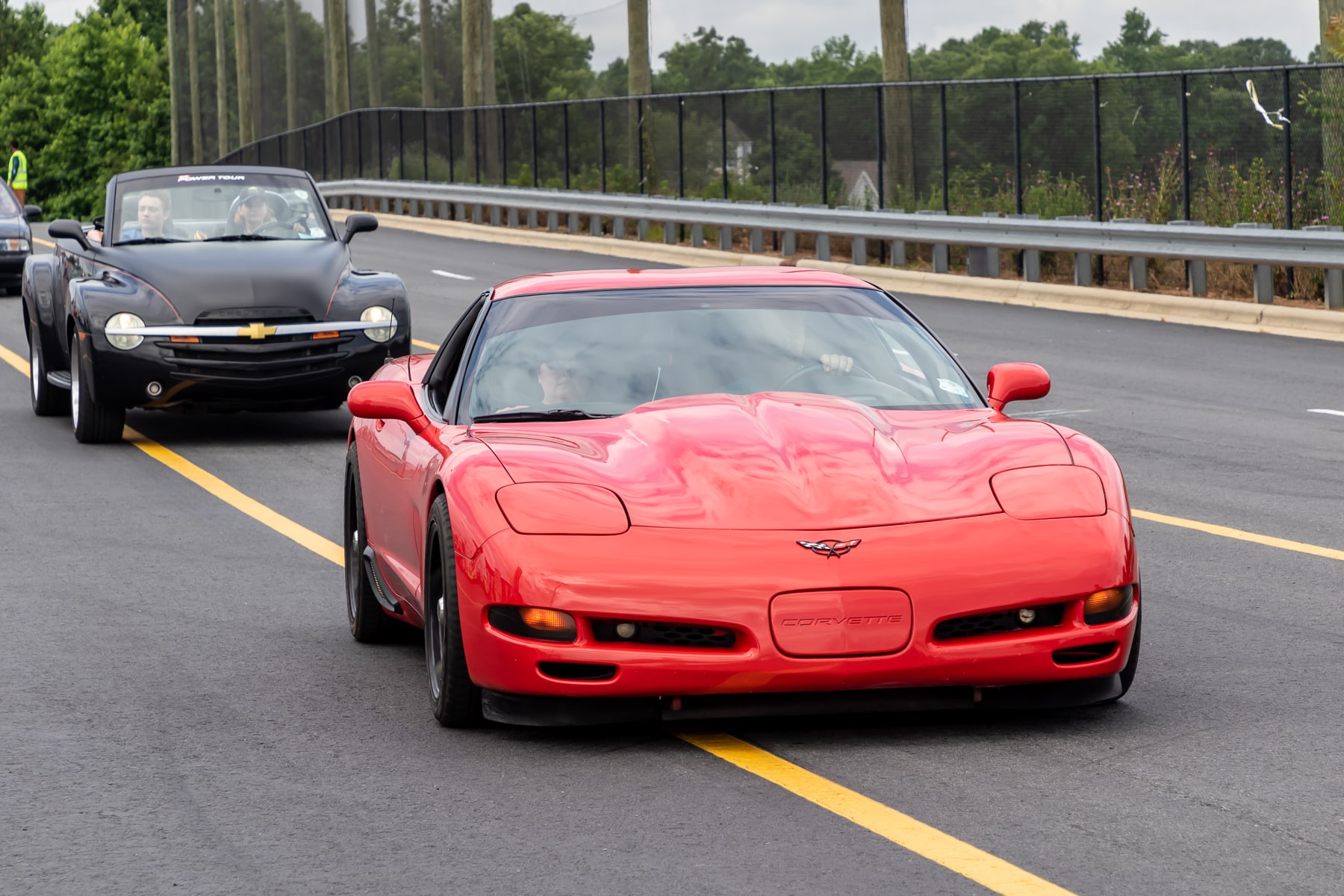 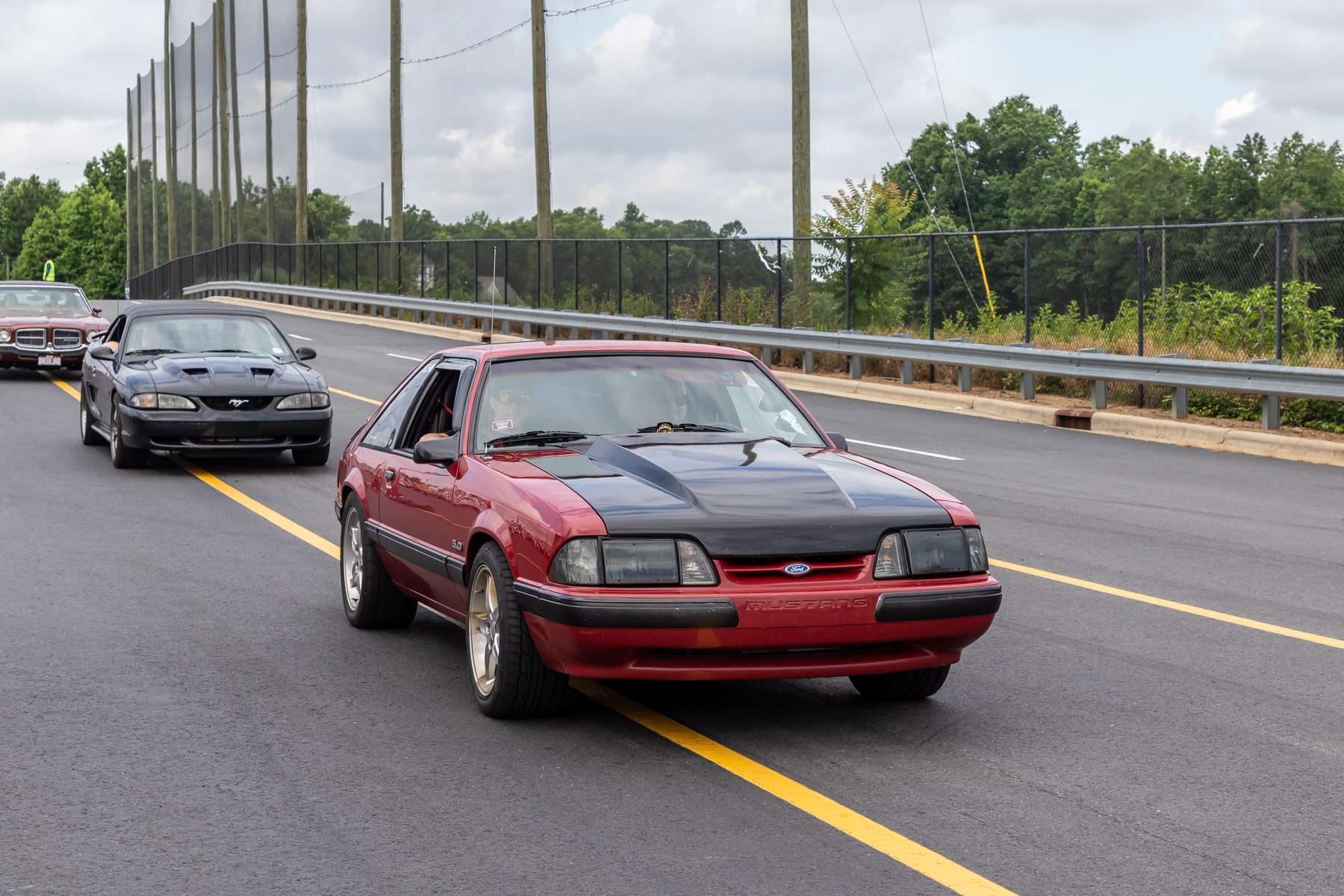 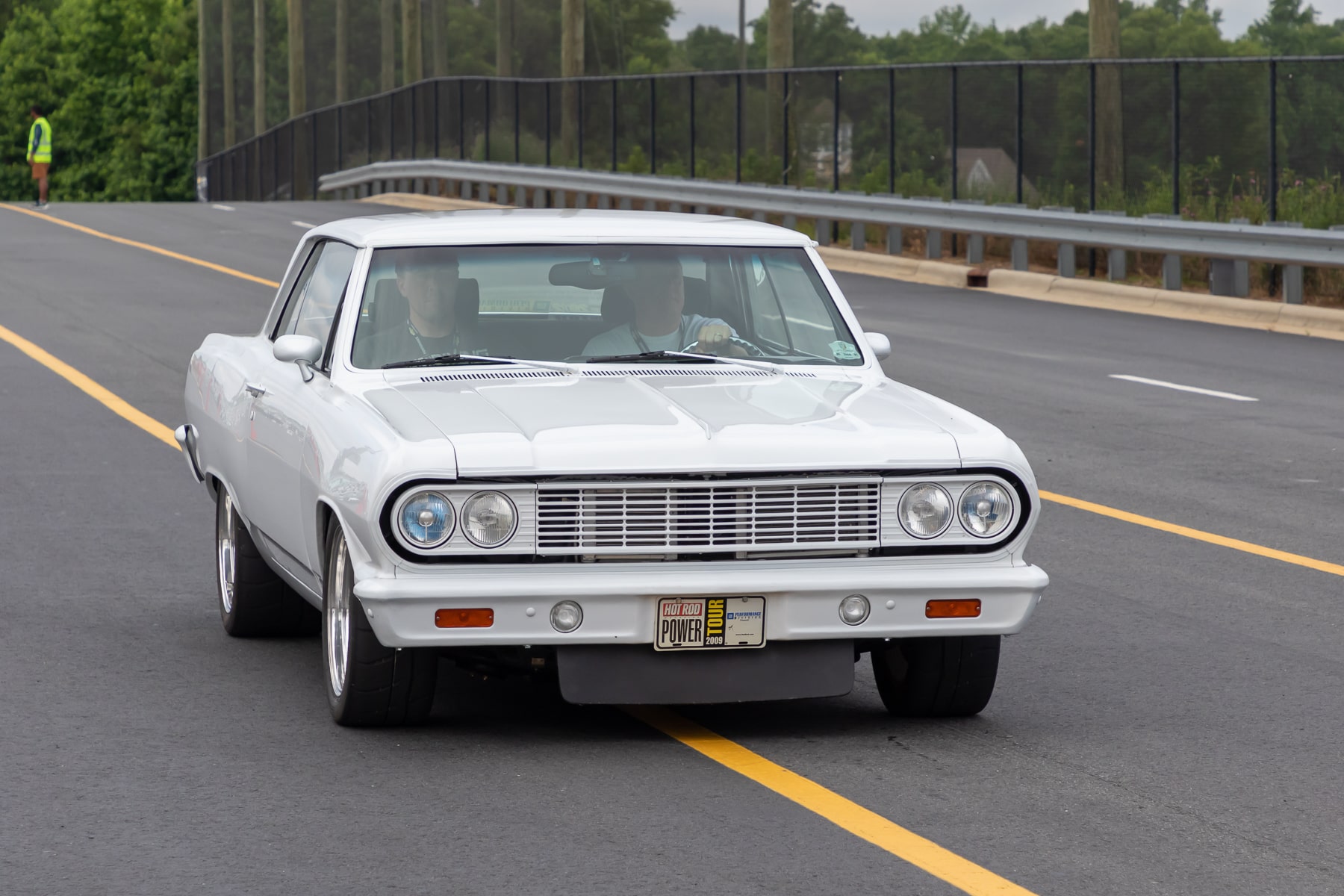 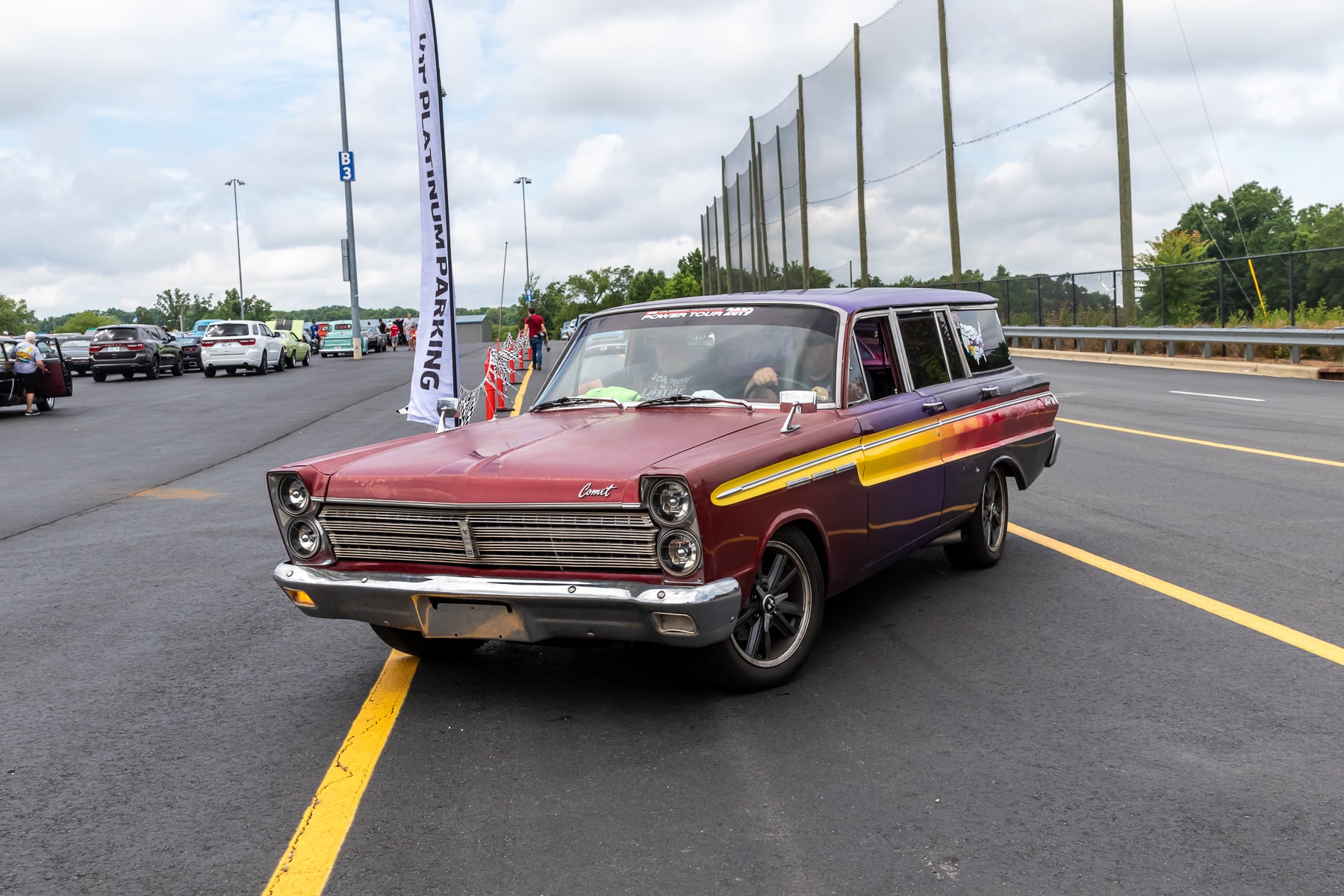 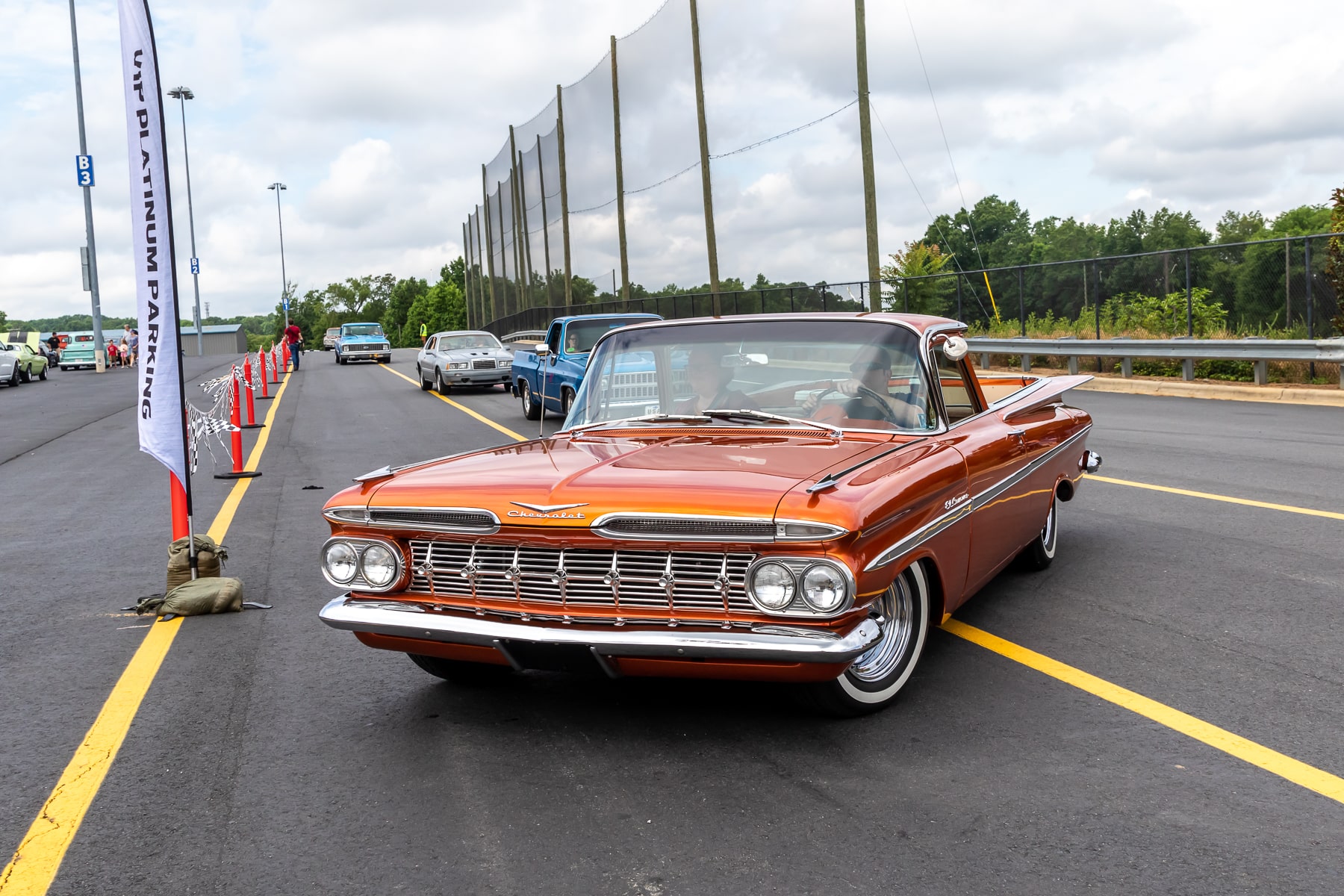 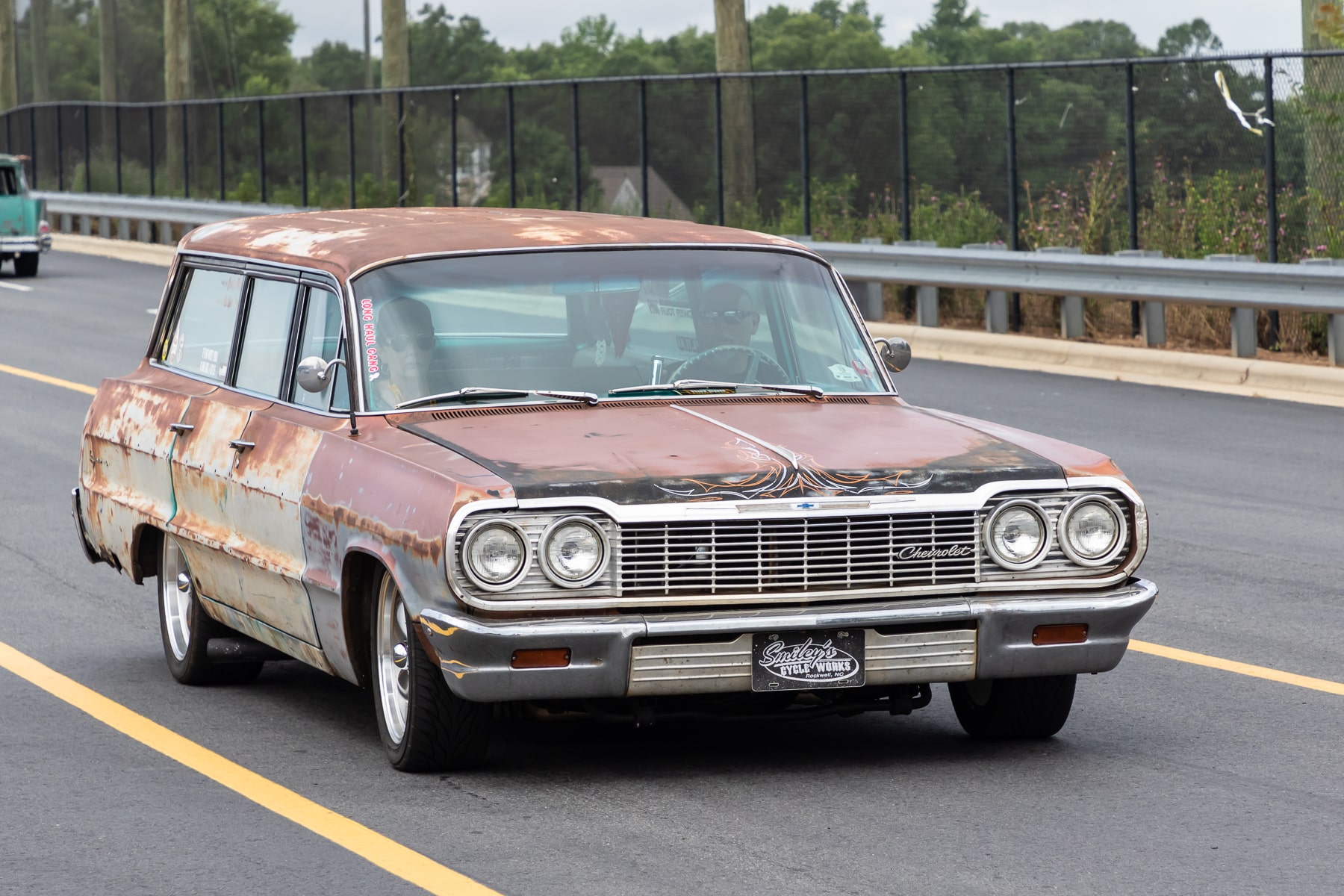 Mitzi’s Pinup Corner: Doll Face Jaques
The 25th annual Hot Rod Power Tour kicked off on Saturday, June 8th at ZMAX Dragway in Concord, NC. It has been called the world’s largest traveling car show, with several thousand cars participating as it travels through seven cities in seven days. This is my first Power Tour, and I am hoping to do it from start to finish in my 1971 Pontiac Grand Prix. That’s called doing the Long Haul…

The venue opened at 9:00 AM, and by the time I arrived (9:15) there were already 400 + cars inside. There is a vendor midway, with displays from Chevrolet, Edelbrock, Continental Tire, Tremec, Dakota Digital and dozens more. ZMAX opened up the race track for Power Tour participants, and everything from modern 12-second Challengers to vintage hot rods were running the ¼ mile. The most unique vehicle I watched was an old Jeep do a 23.9-second ¼ mile. Anyone and everyone was welcome to race.

By midday, there were several thousand Power Tour cars in attendance. From rat rods to resto-mods, classics to modern muscle, virtually anything you could want to see was on display. But the Power Tour isn’t just about the cars, in fact, most veteran Long Haulers will tell you that it’s about the people, not the cars. Here are a few of the people that I met up with on Day 1:

Larry Powell and his Dad, Larry Powell Sr. They are doing their first Power Tour together in Larry’s Pontiac G8 for his Dad’s 60th birthday. They both took turns running the G8 down the ¼ mile track today and turned virtually identical times.

Several members of Classic Camaro of Central Florida are doing the tour together this year. Some are veterans, and for some, it’s their first time.

These are just a few of the interesting “people stories” that the Hot Rod Power Tour helps to create, and I look forward to hearing more of them. I can’t wait to see what the next several days hold for me…
Back to Post
About Russell Muller 3 Articles
Russell Muller is a photographer specializing in automotive events. He has been covering car show events and shooting magazine feature cars for several national publications since 2013.