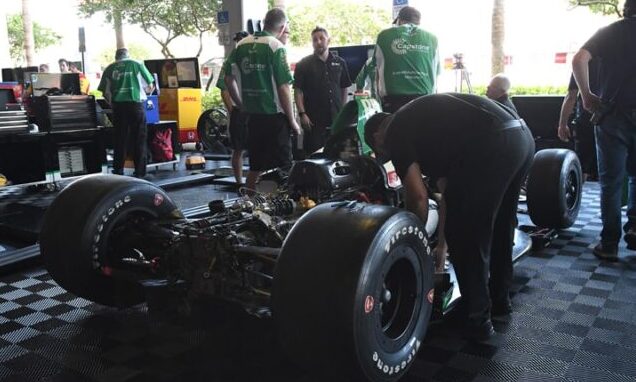 Andretti Autosport suffered a significant issue en route to the Firestone Grand Prix of St Petersburg, the first of 17 races in this year’s NTT IndyCar Series season, scheduled this weekend on the city’s streets and runway at Albert Whitted general aviation airport.

The truck carrying the Dallara race car and equipment for the No. 88 Honda-powered Indy car driven by sophomore Colton Herta, caught fire just 10 miles from the garage area, on I-275 between Tampa and St Petersburg. The fire occurred late Wednesday afternoon near Olmerton Road, not very far from trackside, and southbound lanes of that freeway were shut for about three hours to extinguish the fire and clean the damage.

Andretti Autosport, which fields five cars in the INDYCAR series enlisted other transporters to rescue both the car and necessary equipment and brought all to the track; after looking over the items the team confirmed minor and cosmetic damage from both the water used by firefighters to extinguish the blaze and from the smoke and heat of the fire itself. 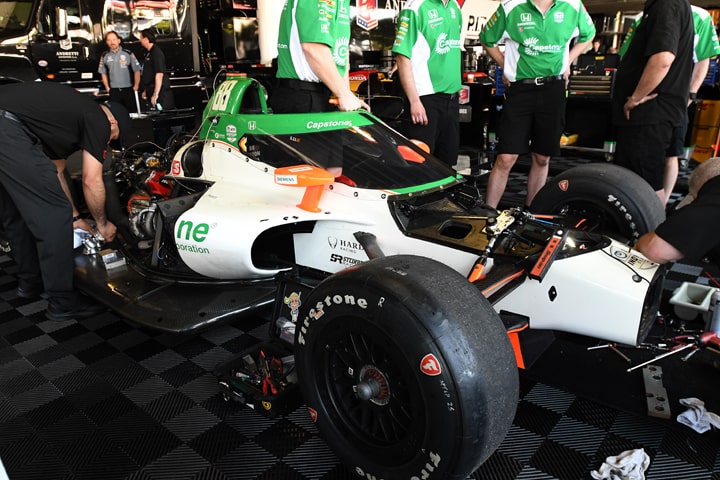 “We want to thank everyone for the outreach and concern,” Andretti Autosport stated Wednesday evening. “We are still evaluating any damages and hope to have an update soon. We are thankful to report that no one was harmed and want to thank our transport drivers and local first responders for their quick action and support.”

While continuing to undergo evaluation, the team said,”At this time damages to the 88 car appear to be minor and cosmetic, caused by heat, smoke and/or water. We have no current reason to believe that any competition or mechanical aspects of the 88 car have been damaged or compromised. Our Indy Lights team is in Florida for testing and is now en route to St Pete to help evaluate and assess. Additionally,” the team stated, “we are sending a team of IndyCar crewmen from Indianapolis to St Pete today in advance of the full team’s arrival tomorrow morning.

“We are also preparing backup pit equipment at our Indy race shop. This equipment and a spare transporter will depart Indianapolis today as well. Again, we would like to express our gratitude to our transport drivers and local fire departments for their quick responses and support.”

Members of all Andretti Autosport teams are pitching in to prepare the primary No. 88 racecar Thursday morning and afternoon in the garage area. Although not confirmed, it’s believed the fire began with an overheated wheel bearing on the left front of the trailer.