Well-known Pro Mod star driver Keith Haney revealed his new 2019 Camaro, “Black Mamba,” last weekend before a crowd of enthusiastic fans and fellow racers. The Camaro was built by Jerry Bickel Race Cars – it was the first car they began building this year.

Haney had kept this new, all-purpose Pro Mod/Drag Radial entry top secret for quite a few months, though some had guessed he had something in the works after he sold his other two cars, “Enigma” and “Notorious.” In fact, he’d commissioned the car after a consultation late last year with marketing partners Summit Racing, Strange Engineering, RacingJunk.com and Lucas Oil. As far as the design, the driver said he gave Keith Haney Racing (KHR) crew chief Brandon Switzer free rein to design the car alongside Bickel and his highly skilled team. 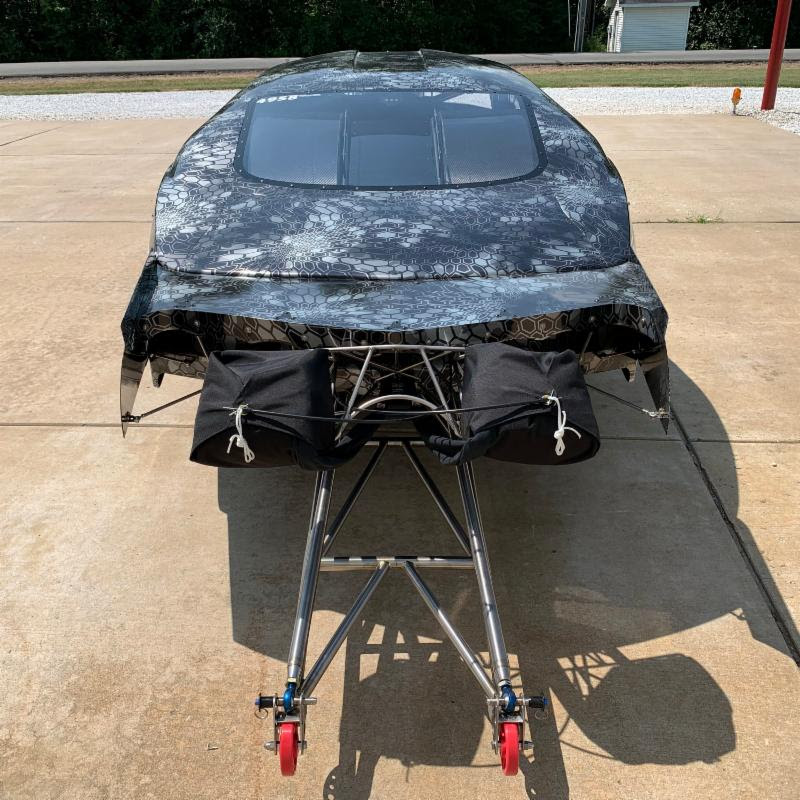 “I’ve always maintained most rules are based off the nitrous combination and I love nitrous and that’s not going to change, so I always knew it would be another nitrous car,” Haney said. “But beyond that, Brandon and I got together and I said, ‘Brandon, what would you do if you had the perfect chance to build the perfect car?'”

Bickel welcomed Switzer’s “innovative” ideas, adding, “we incorporated them all into this build and it turned out to be probably the lightest car we’ve ever built.”

One weight-saving measure of note is a special extra-light carbon fiber for the body panels, with even the tubular “tree” that attaches the body to the chassis cast as part of a single-piece front end. “You can pick up the whole front end with just one finger,” Haney marveled. 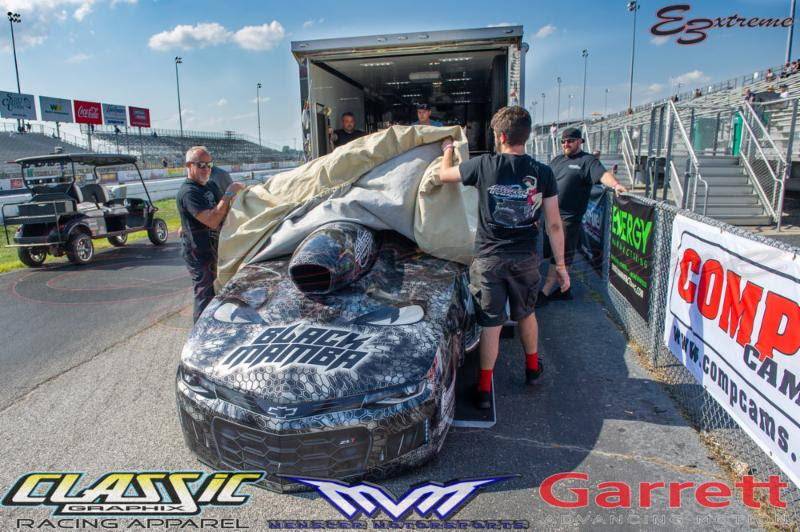 “And how about that name? The Black Mamba! I was having a heckuva’ time coming up with a name,” the racer recalled. “I knew I wanted something that kids would like and would want to take pictures with and stuff like that, so I was thinking like spiders or snakes or super heroes.”

Instead of painting the car, Haney persuaded Bickel to let Kryptonite Kustomz technicians fly up from their base in Broken Arrow, OK, to apply the wrap over just primer and sealer before final assembly. 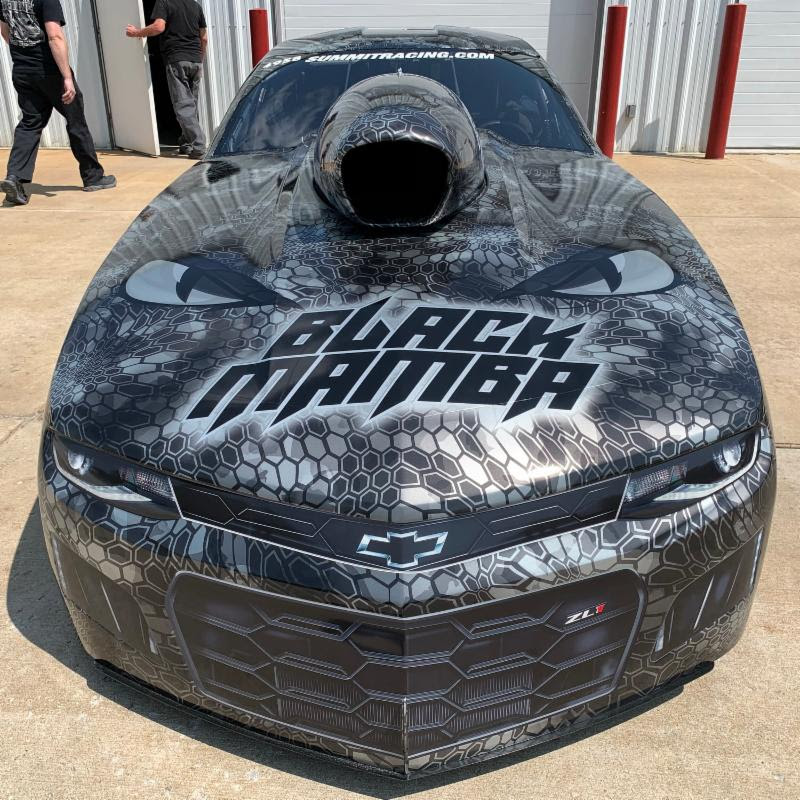 “The entire wrap weighs only about seven-and-a-half pounds compared to more than 20 pounds for a couple of gallons of paint,” Haney pointed out.

The car is equipped with a lightweight, one-piece, all-enclosed MoTeC wiring system designed by Switzer, who also serves as the exclusive MoTeC distributor for nitrous racing applications.

Haney also switched to Pat Musi Racing Engines for “Black Mamba.” Again, Switzer provided his unique input on construction of the giant, Musi-built 959 cubic incher between the frame rails. Handling the horsepower is a special-ordered, lightweight billet Lencodrive outfitted with a Ty-Drive and Neal Chance torque converter. On the suspension, Adam Lambert at Precision Racing Suspension provides shock absorbers for the Pro Mod application, while shocks for RvW racing will come from Mark Menscer at Menscer Motorsports. 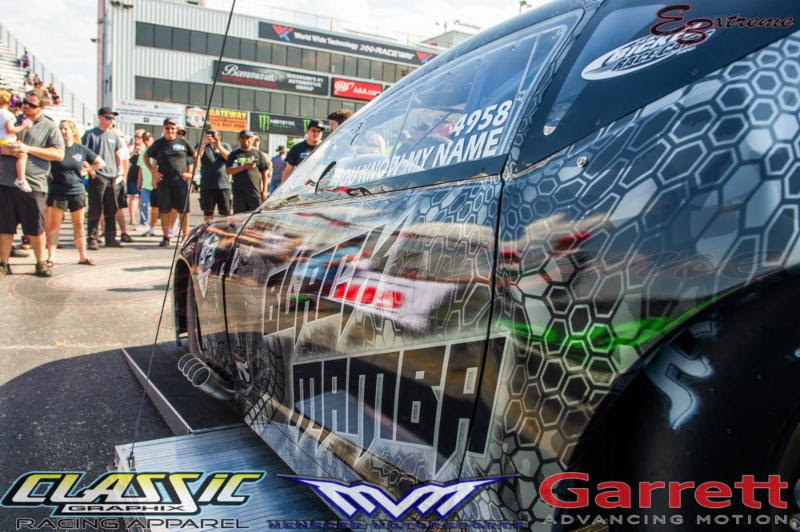 Haney also announced he is officially pairing up with fellow Mid-West Pro Mod Series competitor Jim Sackuvich, who will shortly take delivery of his own brand-new, Bickel-built ’69 Camaro that will share all the upgrades and innovations of the Black Mamba, including a new Pat Musi powerplant, with Switzer calling the tune-up on both cars.

Haney isn’t yet certain when Black Mamba will make its competition debut. It’s heading to Switzer Dynamics in Denver, NC, for final tuning tweaks before setting down on a yet-to-be-determined track for initial testing. 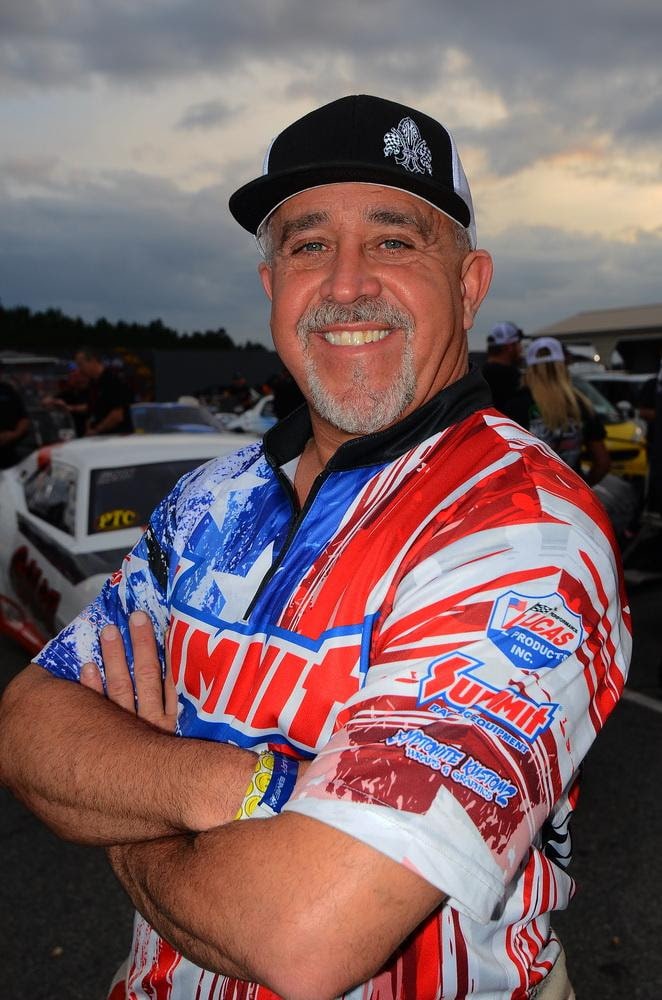 “Now that I’ve got the lightweight Jerry Bickel car and Pat Musi power, I’m as fast as anyone – anyone – out there,” said Haney. “I mean, I’ve got the best of the best and the baddest people tuning on it, so there are no excuses–period. Whether I’m running radial tires or big tires, no excuses

“I have a race car now that should lead the pack anywhere we go and I’m really looking forward to it. The ‘Black Mamba’ has arrived.” 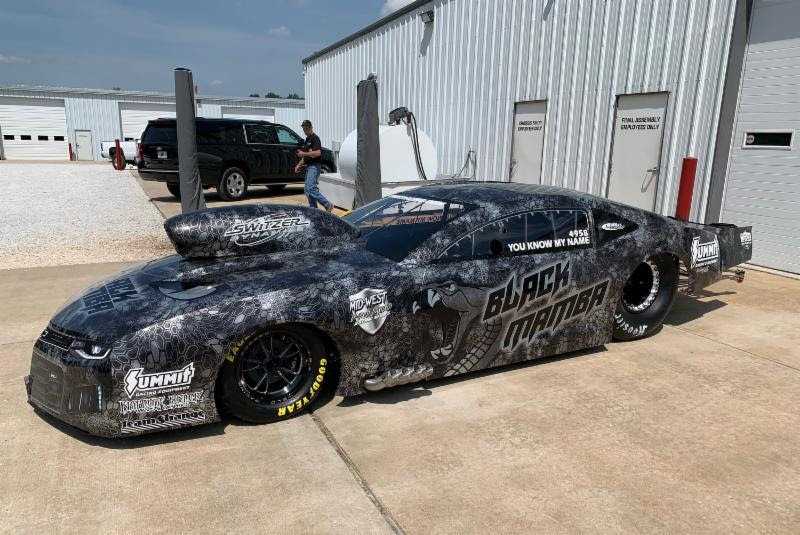