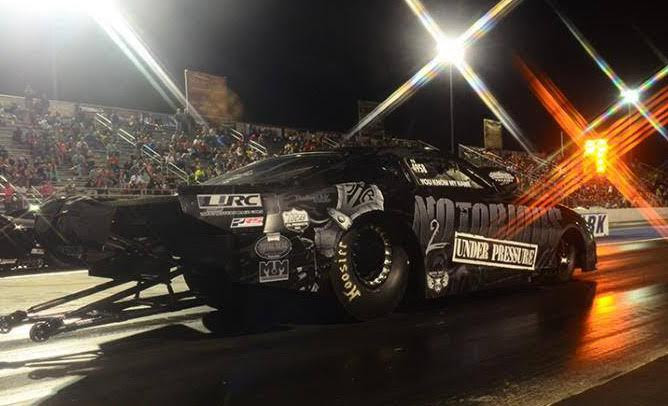 Keith Haney has brought a lot of notoriety to eighth-mile racing and the drag-radial world this past year with his Pro Nitrous Lucas Oil/RacingJunk.com Chevrolet car, “Notorious.”  Part of it is that’s just what Haney does — showcases the stuff he loves and is part of, but this weekend at GALOT Motorsports Park, he’s got his eye on more than notoriety.
He wants  that Dragstock XIII trophy.
“I’m going to be respectful, but I’m going to say what I feel: I want to win,” Haney said. “That’s it. We’re due: Keith Haney Racing, Switzer Dynamics, Brandon Pesz, RacingJunk.com, Total Seal, Larry Jeffers Race Cars. It’s time for us to go out there and win.”
They just need to to defeat Jay Cox, driver of a bright-orange race car that has kept them in the dust.
“He has beaten me twice in eliminations and once in a grudge race,” Haney said. “He’s got me 0-3 right now. It’s time to get revenge. He may be leading the points and all that, but I’m coming for him. I’m coming for him and everyone else around him.”
Notorious debuted this season, and it’s bringing the heat, sitting ninth in the Pro Nitrous points standings despite missing a PDRA race, but anyone who knows Haney knows that ninth isn’t enough. 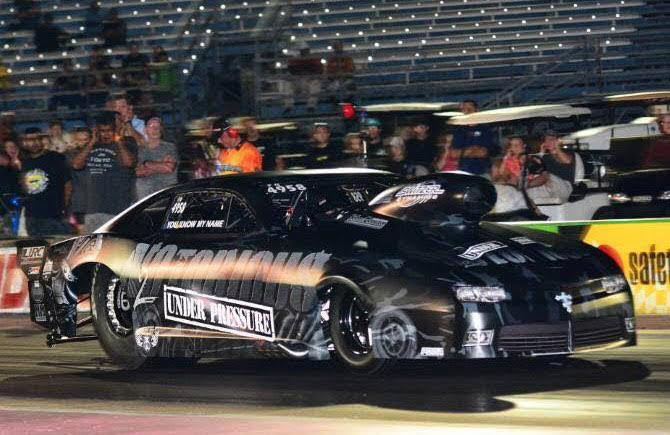 “We’re concentrating on Notorious and getting ready to go down there and take care of some business,” Haney said. “We’re sick of listening to all this other stuff. It’s time for Reher-Morrison power to show its head. We’ve got to put that Peter, Peter, pumpkin eater on the trailer.
“The smack-talking has been happening lately on the Drag Radial side because we’re real close to the No Mercy race at South Georgia Motorsports Park,” Haney said. “Stevie Jackson and I have some cross words going on with each other.”
Part of Haney’s brilliance as a promoter is his no-holds barred approach to racing and competition. He’s challenged several drivers to old-school grudge races, generating additional excitement – and publicity – for the sport.
“You’ve got five grudge races going at the PDRA race at GALOT,” Haney said. “It’s time to bring reality back to the sport, and at the end of the day, everybody wants to win. It doesn’t matter who’s on the other lane.”
Regardless of Notorious’ standings, Haney’s backers know he’s good for fierce competition and dedication to racing, and they’re proving it by ponying up for another season.
“We got some good news from Lucas Oil,” Haney said. “They came back on board for 2017, RacingJunk.com has come back on board, Total Seal has come back on. We’ve got some companies we’re talking to now. With the two cars and the notoriety we have, we’ve got a lot of people interested. In the social media world, in the media world, Keith Haney Racing is on everybody’s minds. Like Wes Buck and I say, ‘We’re trying to make drag racing great again.’ “
Sponsors Lucas Oil, RacingJunk.com, Switzer Dynamics, Pesz Performance & Tuning, Reher-Morrison, M&M Transmission, and Adam Lambert from Precision Racing Suspension help make Haney’s PDRA team possible, and he continues to appreciate the support from wife Dee and his children Timber, Alex, Madison and Logan.
About Andreanna Ditton 218 Articles
Andreanna Ditton is the Content Manager for MotorHead Media and the Editor-in-Chief for RacingJunk.com/news. She's been working in the automotive publishing industry since 2007 focusing on racing and performance for motorcycles and cars.