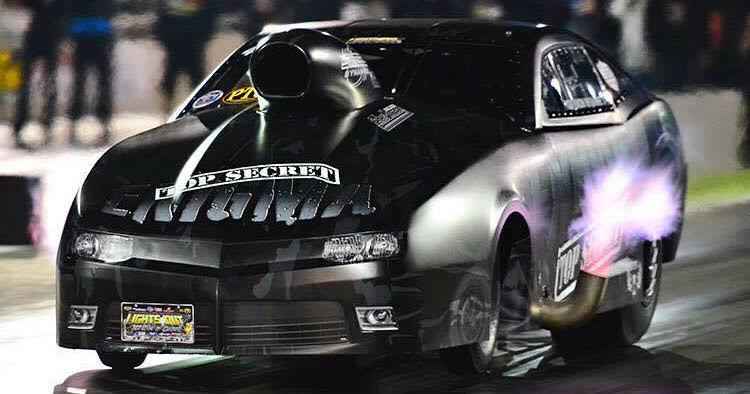 Keith Haney keeps on surprising folks in the drag radial community. Earlier this week, he put down what was the quickest pass in Drag Radial history during qualifying for the Lights Out 7 race at South Georgia Motorsports Park.

Haney then bounced back from a wicked crash Thursday to make it to the fourth round of qualifying on Friday at the lights out 7 race at South Georgia Motorsports Park.

“The car’s got duct tape on it,” Haney said of his Lucas Oil/RacingJunk.com Chevrolet. “But we made it to fourth round. Nobody could believe it. I’ve never seen 10,000 people on their feet when I pulled up. I was the last car to go down the racetrack, and every person was on their feet screaming for Keith Haney Racing. It was the craziest thing you’ve ever seen.”

Haney remains in the No. 3 qualifying position, with one more round set to go down Saturday. His pass of 3.894 seconds at 191.81 mph on Wednesday shocked many, but he was off to an even better pass Thursday. After a .984-second 60-foot time, things went South  when Haney ran through some liquid on the track.

“We get in some oil at about 250 feet,” Haney said. “I stayed on the gas a little longer than I probably should’ve, so I’ll take part of the blame. It was exactly one second when the car started spinning the tire and then turned directly left. When it washed out, the car was totally sideways, heading into the wall. I yanked the wheel as hard as I could to keep it off the wall.” 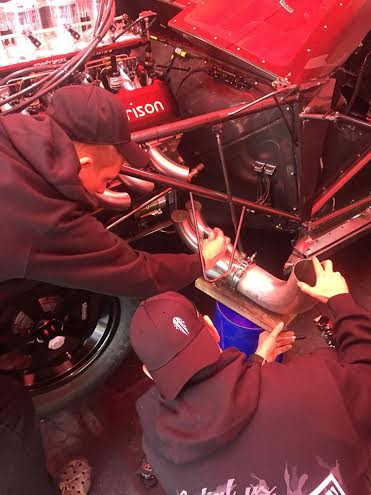 Haney’s car slid sideways into the wall, damaging the driver’s side bodywork and the headers on that side of the car.

“Nothing was hurt on the race car but the body,” Haney said.

But the body and headers needed attention, and Haney had plenty of people jump in to help his Keith Haney Racing team of Brandon Pesz, Brandon Switzer, and Andrew Arnold. Drivers Monroe Guest and Shane Lawson chipped in, as did the Pickett brothers. Plus, Switzer Dynamics employees Dan Carver and Brian Sitton drove from PRO-FABrication in Concord, N.C., to work on new headers for Haney’s Reher-Morrison Racing Engines powerplant.

“I asked (tuners) Brandon Switzer and Brandon Pesz at least three times apiece if everything was OK,” Haney said. “They told me, ‘Everything’s good, Keith. Just do your job.’ ”

The work was done, but Haney ran into a last-minute issue before qualifying Friday.

“We start the car, put it in gear, and the converter is locked up,” Haney said. “We’ve got 30 minutes to get to the lanes. We get the transmission out, put a new converter in it, and we make it up there. They duct-taped the door shut. When I got done with my pass, I got out on the passenger side.”

Haney smoked the tires on that pass, but simply making it to the session and completing a run was important to him.

“I owe every single bit of it to my team,” Haney said.

After the final round of qualifying, eliminations begin Saturday night, with the race completed on Sunday. And Haney already is predicting an all-Oklahoma driver final.

“I already called it: Me and DeWayne (Mills) are going to meet in the final round,” Haney said. “No. 2 and No. 3: Oklahoma to the front.”