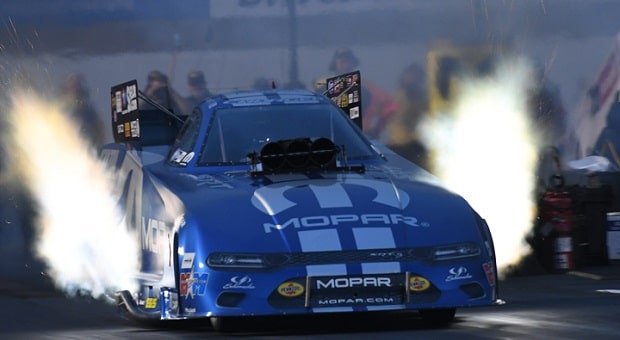 Hagan, who works with uber-tuner Dickie Venables, has had a carnival ride kind of season, either looking like an unbeatable force or suffering through debilitating first-round losses. It’s either one or the other, making his efforts like a roller-coaster ride. After introducing the Widebody at Denver in July, both Hagan and Venables have spent the past three months learning what this new body likes. They found out at Texas Motorplex, where Hagan scored his 32nd career victory at the 44th annual AAA Texas NHRA FallNationals and his third at the Motorplex track.

The visit to NHRA’s Winner’s Circle vaulted Hagan’s DSR team from seventh to fourth place in the standings with only two races left to run: next week’s contest on The Strip at Las Vegas Motor Speedway and mid-November’s points-and-a-half season finale on Auto Club Raceway at Pomona’s historic drag strip. His chances for a third championship gained traction in the process.

Hagan’s victory was the ninth this year for the Dodge Charger SRT Hellcat, his third of the year and his first in this year’s Countdown. Hagan, with four passes in the 3.9-sec range, defeated Blake Alexander, reigning champion J.R. Todd, points leader Robert Hight and, finally, Countdown contender Bob Tasca III in a tight finals contest at Dallas. Qualifying his Widebody in the No. 6 position and wearing the colors of Western Technical College, Hagan showed Western Tech students the NHRA pits on Friday morning. 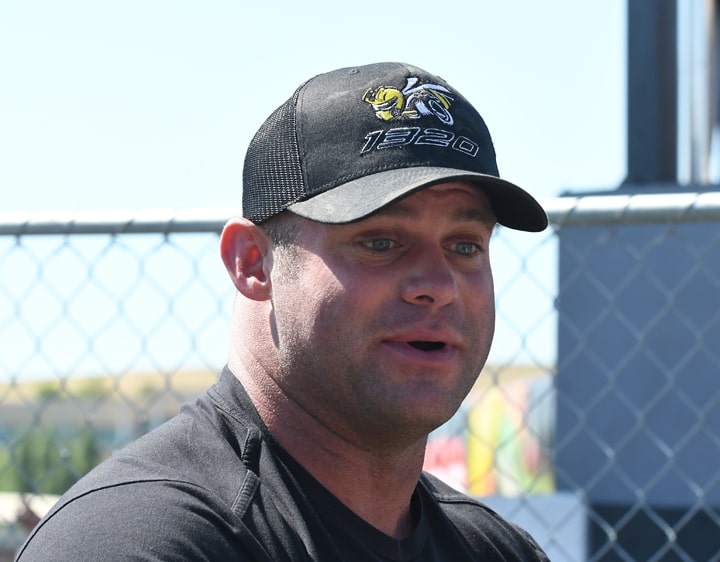 “I have a few guys on my car who went through Western Tech, so to see the program come full circle is really awesome. I did my job today and my guys did their jobs today – and that’s what happens when you put a good group of people together,” the Virginia cattle farmer explained. “Qualifying was pretty tough, but to turn on four win lights was pretty huge. We were just trying to control what we can control; it was a pretty special weekend.”

Hagan’s victory, combined with DSR racer Jack Beckman’s and John Force Racing’s John Force’s quarterfinal results, together with Robert Hight’s red-light foul in the semifinals against Hagan, definitely changed the complexion of the Flopper Countdown. While Hight commands a 70-point gap to Beckman and a 74-point lead on Force, Hight’s 112-point lead on Hagan and 122-point gap from Tasca could be reversed in these two races.

With his first round loss to DSR teammate Beckman, Ron Capps fell from fourth to sixth and is 135 points behind Hight, while Kalitta Motorsports’ Todd has a 163-point gap to rein in. It’s fair to count out DSR’s Tommy Johnson Jr. (-194), Kalitta’s Shawn Langdon (-198) and owner/tuner/driver Tim Wilkerson, in tenth place and lagging by 249 points.