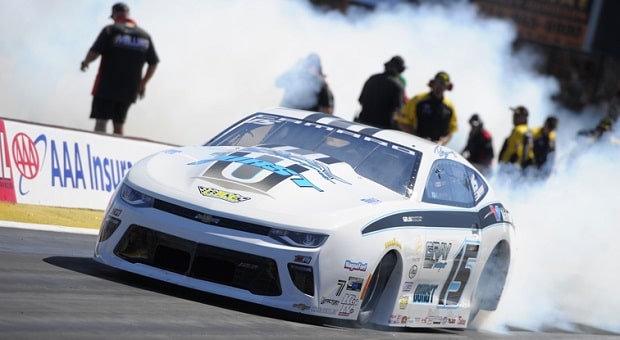 Tanner Gray, the 19-year-old leading NHRA’s Mello Yello Countdown to the Championship Pro Stock standings, is going back to his racing roots. The youngest driver or rider to win an NHRA national straight-line race and the former Auto Club Road to the Future (rookie of the year) winner, Gray is joining DGR-Crosley in 2019 to restart his stock car career.

Gray intends to compete full-time in NASCAR’s K&N Pro Series East, running a select number of K&N Pro Series West contests as well as some ARCA Racing Series events throughout the 2019 racing season. “I’m excited to get back to what I grew up doing,” Gray said. “Everyone wants to know why I am transitioning to stock cars, but really, drag racing is newer to me than stock car racing. I grew up racing micro sprints, then outlaw karts at Millbridge [Speedway] and some late model stuff with LFR. Stock car racing was the plan all along,” he explained.

That statement might have fooled quite a few members of NHRA’s Pro Stock following, as they’ve watched the third generation racer learn his craft on the quarter-mile. Not only has Tanner Gray succeeded – as did his father Shane and grandfather Johnny – but the youngster has shown the kind of aptitude for straight-line racing that could make him a star in any of NHRA’s professional categories for years to come.

Gray is making this move despite the drastic decline in NASCAR interest among the race-watching public, especially among the young. Last Saturday night’s race at Richmond had the lowest viewing audience in nearly 20 years, with a 1.0 rating. “Overall,” Gray said, “I feel like NASCAR provides more of a future for younger people, and that was the main reason for my decision. I love racing, and with the NHRA, you show up for three days and you’re guaranteed four runs for six seconds. That’s not a lot of seat time.

“I wanted something that had more dependency on the driver and something that provided more time behind the wheel. I toured the shop with David Gilliland, and we just felt like their program was the right choice for both [younger brother] Taylor and me.” 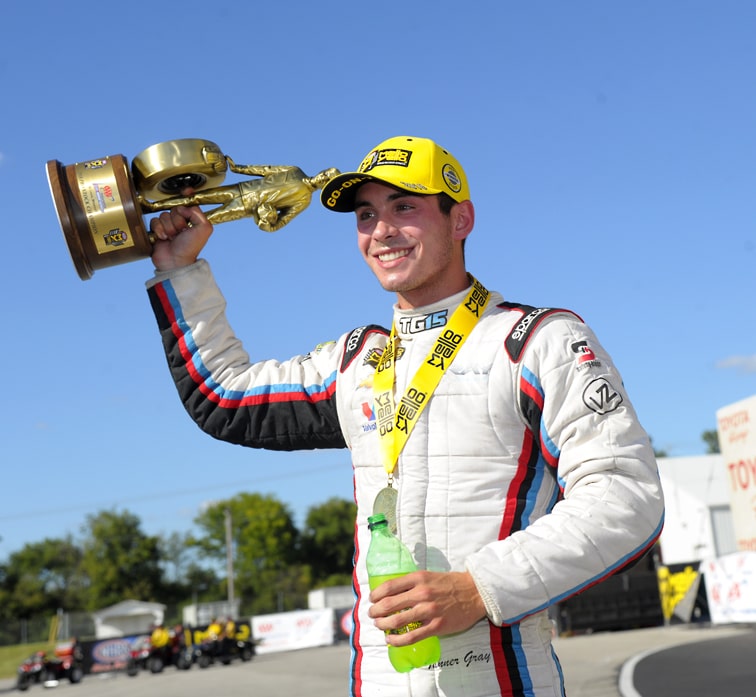 Team co-owner and former Monster Energy NASCAR Cup Series racer David Gilliland said DGR-Crosley is “super excited to have Tanner and Taylor on board for next year. They come from a great racing background and both boys have shown they have the natural talent and ability to achieve success in motorsports for many years to come. We started our driver development program for situations exactly like this. It’ll be fun to get them in our equipment and watch them prosper and grow within the sport in the coming years.”

DGR-Crosley is a driver development team that competes in NASCAR’s East and West K&N Pro Series, in the ARCA Racing Series and NASCAR’s Camping World Truck Series. It has five drivers in K&N competition and has cycled eight drivers in its 2018 Camping World trucks, all using Toyota racing products.

Before he departs NHRA drag racing, Tanner Gray has four more races in which to make his mark. After defeating Gray Motorsports teammate Drew Skillman in last weekend’s race at Gateway Motorsports Park, Gray has a 52-point advantage on Vincent Nobile (2296-2244), with Skillman another 22 points back in third. Jeg Coughlin Jr is fourth (2215) and Greg Anderson holds fifth-place points (2206), second through fifth less than 100 points behind the class leader. NHRA’s next race occurs the first weekend of October at Dallas Motorplex; it is the third race in the Mello Yello series’ six-race Countdown to the Championship playoffs.