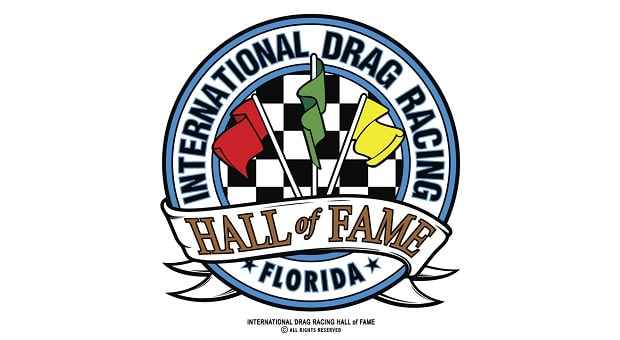 The International Drag Racing Hall of Fame (IDRHoF) will have many new inductees next March, just before the 50th anniversary Amalie Motor Oil NHRA Gatornationals at Gainesville Raceway.

The IDRHoF, part of the Don Garlits Drag Racing Museum just south of Ocala, Fla., announced the Class of 2019 honorees, which has four individuals and three pair of inductees to celebrate: a trio of exemplary regional Top Fuel teams that contributed to the growth of that nitro class during their times of competition, a hugely talented racer/track operator/race team executive and a manufacturer whose products are used in a variety of racing applications.

In addition, the IDRHoF will honor one recipient of its Founder’s Award and another with the Patricia Garlits Memorial Award at the ceremony.

The organization is honoring the Carroll brothers, William (“Bones”) and Curt Carroll, from Irving, Tex., who were major players in Top Fuel during the 1960s and into the early 1980s. Owners of Carroll Brothers Erection Co., which constructed steel buildings, the duo maintained a deep passion for drag racing.

The “Texas Whips,” as they were called, enlisted drivers like Gary Bailey, Kenny Bernstein, Buddy Cortines, Bob Gibson, Ben Griffin, Marshall Love, James Ludden, Murray Oxman, David Pace, Dave Settles and Richard Tharp. Making a successful transition from front-engine to rear-engine dragsters, the Carroll Brothers did most of their racing in and around NHRA’s Division 4 (South Central Division), winning a number of races and season championships during their competitive years.

Gary Rupp and Pat Dakin raced as the “Rupp & Dakin” Top Fuel team. The duo from Dayton, Ohio were strong competitors in NHRA’s tough Division 3 (Midwest Division). Rupp owned the car and was its crew chief while Dakin handled the driving. They spent one year in the Gas class and quickly moved, in 1971, to Top Fuel, racing a front-engine dragster for a single year.

Seeing the onslaught of rear-engine dragsters, they switched to a Hemi-powered Woody Gilmore chassis in 1972, competing primarily in Div 3, but would venture out of their comfort zone to National events east of the Mississippi River. The duo competed consistently through 1977, then retired – only to return in 1989, winning the International Hot Rod Association (IHRA) Top Fuel title that year. The team disbanded in 1993, but Pat Dakin still races competitively in select NHRA events.

The Iron Horse team of Dan Richins and Rex Pearmain, both Utahans, weren’t household names as their main operations were in the Salt Lake City area. During the mid-1970s, their Iron Horse team with Richins as owner/driver and Pearmain as crew chief displayed their prowess at high-elevation dragstrips of NHRA’s Division 5 (West Central Division), Division 6 (Northwest Division) and Division 7 (Pacific Division).

This duo’s knowledge of tuning and driving at high elevation events gave them some significant results. Their prime claim to fame was a stunning 5.930-seconds E.T. at NHRA’s Supernationals, held in Ontario, Calif. in 1973, which gave them the No. 8 spot in the prestigious Cragar 5-Second Club. Theirs was the first Donovan Hemi-powered car in the club. They also secured low-qualifier positions at the American Hot Rod Association (AHRA) Northern Nationals in Fremont, Calif.

You could say Mike Lewis was born into the drag racing business, as his grandfather, Alfred Stauffer, built Maple Grove Raceway in Mohnton, Penn., a small town near Reading, when Lewis was 12 years old. Mike used to watch midgets and USAC Champ cars battle at Williams Grove, Penn., another famed venue, but it was the call of a nitro-fueled dragster that pulled him in for a lifetime.

During his teenage years, Mike Lewis worked at Maple Grove, learning just about every facet of track management. After graduating from Kutztown University in the town of the same name, Lewis returned to Maple Grove in a management role, also working as an announcer. He drove the “Sparkling Burgundy” Top Fuel dragster with his brother Kent as partner, but stopped to become Maple Grove’s track manager.

Ted Dzus Jr., of West Islip, NY, is known as the “Quarter Turn Man” for taking the cam-locking fastener from the aircraft industry and introducing it to the motorsports and custom automotive arenas. The fastener is now commonly known as a Dzus fastener or Dzus button (pronounced Zuce). Ted’s grandfather William, a Ukrainian engineer who immigrated to the USA and worked for a Long Island aircraft company in the 1930s, developed the fastener to secure aircraft body panels.

The Dzus fastener needs only a quarter-turn to lock or unlock, hence Ted Dzus Jr.’s nickname. After WWII, aircraft mechanics used the fastener in racing applications, which helped expand the company outside the aircraft industry. Ted Dzus Jr succeeded his father in 1982 as president of Dzus Fasteners, and it was racers like Garlits who brought the fastener to the drag racing trade, where it quickly became a “must-use” item. Dzus Jr. owned a succession of drag race cars, all painted in his trademark School Bus yellow.

The IDRHoF’s Founder’s award goes to the late Edward (Ed) Justice, Sr. in 2019, one of three brothers who started a company that produced automotive lubricant and fuel additives in the early 1950s. Ed, Zeke and Gus were all business entrepreneurs prior to the second World War, experimenting with lubricants and additives to increase performance and longevity. They used proceeds from the sale of a midget racecar to start Justice Brothers.

Ed’s marketing savvy aligned the company with NASCAR, the Championship Car circuit, the Indianapolis 500 and NHRA drag racing. Racers flocked to use their products and were signed as company spokesmen. Garlits was one of those signed, and Justice Brothers was his first corporate sponsor. The company is a visible force today under the guidance of Ed’s son Ed, Jr. and is headquartered in Duarte, Calif.

This year, the Patricia Garlits Memorial Award goes go Lynn Prudhomme of Rancho Santa Fe, Calif. This award, given annually to honor Garlits’ late wife Pat, celebrates a woman involved with drag racing who has exhibited selfless devotion to the growth and betterment of the sport.

Lynn, the wife of superstar Don “Snake” Prudhomme, has been at the forefront of efforts to help drag racing families in need. Since 1985, Lynn has been one of the formative forces of DRAW, the Drag Racing Association of Women, which supports families of racers who have been injured on or at the track, helping to defray some of their expenses. Raising daughter Donna as the core of the Prudhomme family, Lynn has supported her husband’s racing activities during his 35-year racing career, as both a driver and a team owner.

Garlits said, “Like Pat, Lynn has always been there for others, often putting their needs ahead of her own.”

The induction dinner and ceremony will take place in Gainesville, Fla. on Thursday, March 14, 2019 at the Wyndham Garden Gainesville Hotel.  The Cocktail Hour begins at 6:00 PM EDT, with dinner served at 7:00 PM.  Tickets are priced at $100 for individual seats, with corporate sponsor tables priced at $1000.  Tickets are available by calling the Don Garlits Museum of Drag Racing (toll free) at (877) 271-3278.