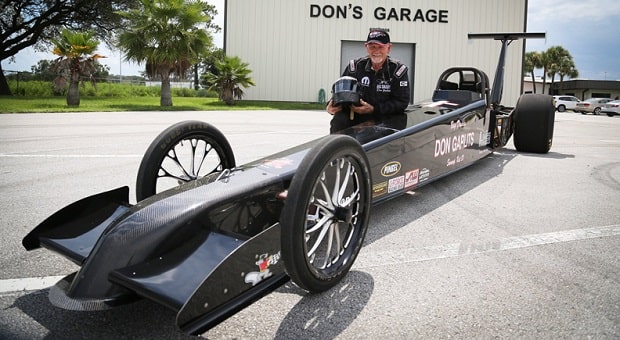 Don Garlits has been working towards breaking the 200mph barrier in an electric dragster for a long time. His interest in racing battery/motor-powered dragsters goes back almost 20 years, beginning with the golf-cart dragster built for Darrell Gwynn in 2000 in conjunction with Mike Garrett. The project piqued Garlits’ interest and set the now 87-year-old on a quest to be fastest in this emerging category of racing.

In his first competition outing since 2003, “Big Daddy” Don Garlits took his latest Swamp Rat dragster, now numbered 38, from his Ocala, Fla. base to Palm Beach International Raceway the weekend of July 19-21 with the aim of using the Swamp Rat 38 electric dragster to – for the second time – be first to the vaunted 200mph mark. That speed has been a goal of Garlits’ since he first began working towards developing an electric dragster all those yers ago.

While he wasn’t able to reach the 200mph mark on Saturday, July 20, Garlits did set the world record in his quarter-mile runs that day, reaching 189,04mph in 7.316 seconds with a pass down the strip’s left lane. Had two cells in his battery pack not been depleted, the 200mph mark might have surpassed, Garlits’ team surmised. As grandson and team member Rodney Garlits said, “It’s the same concept as running a V8 on seven cylinders.” 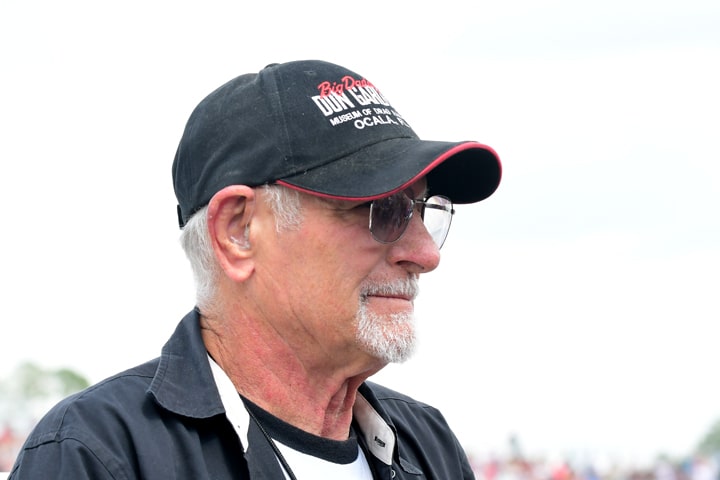 “Big Daddy” made five passes down the quarter-mile Palm Beach dragstrip; the fifth one resulted in stripped splines on a broken axle shaft, with a single wheel spinning without control. Even though it was a poor end to the day, Garlits still emerged a champion with the 189-mph pass and left the racer determined to return once the dragster receives added care. “It’ll take a few weeks and then we’ll be back.”

Racing under the auspices and rules of the National Electric Drag Racing Association (NEDRA), Garlits accomplished this record-breaking feat on the same day the world recalled Neil Armstrong’s first step on the moon 50 years ago. According to NEDRA marketing dire tor Keith Howard, “The cool thing is that’s an old DC motor. We’ e got a Thomas Edison vintage motor running on nitro. This is the last hurrah for Thomas Edison’s technology – it’s the beginning of the future,” he said.

As other, less esoteric race cars made passes down the quarter-mile, fans and racers alike waited to watch this historic moment. When Garlits’ name was called to appear at the water box, racers and fans lined both sides of the dragstrip, knowing history was about to be made (or not). The quiet dragster enthralled all attendees of the “test and tune” meeting.

Many remembered when Don Garlits initially ran a 200mph quarter-mile pass in a Hemi-powered Swamp Rat in 1964 .They just wanted and waited to see their hero eclipse that feat with an EV dragster nearly 55 years later. 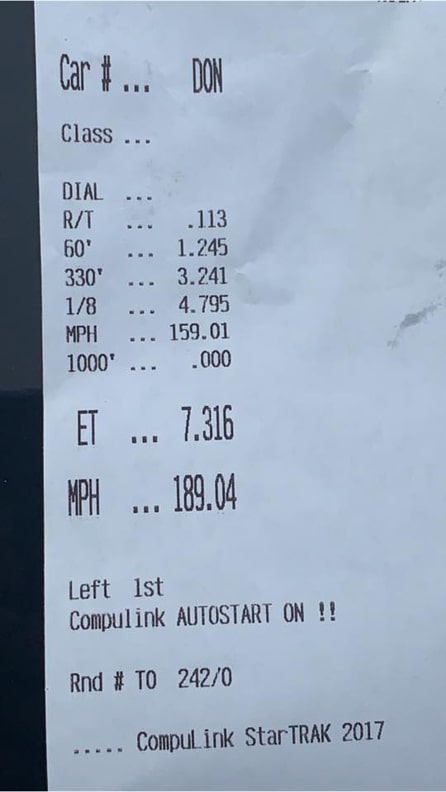