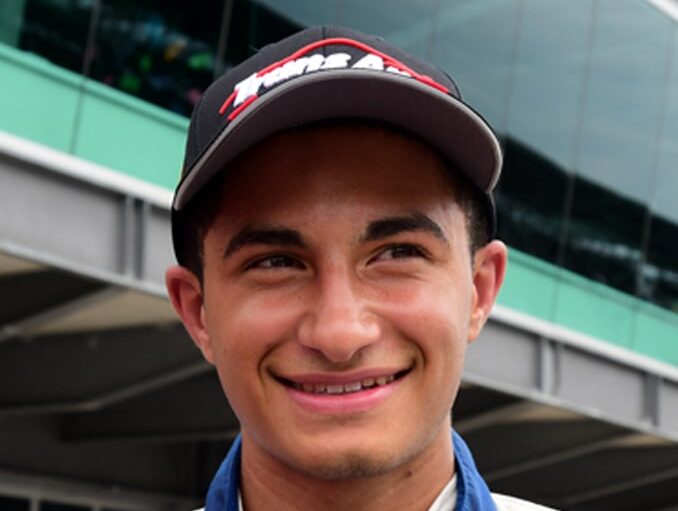 It’s not enough to celebrate Black History Month and Women’s History Month. In the racing discipline, helping drivers with outstanding talent but lacking proper resources is a calling for those that love the sport and want to see drivers, crew members and other ancillary members of the sport succeed.

For those reasons, Future Star Racing was born. Future Star Racing, based in Speedway, Indiana, has the backing to help drivers, crew members move forward in this rather hostile business. Thanks to the efforts of local Big Red Liquors owners Mark and Alora McAlister, two drivers will have opportunities in 2021 they could never have accessed without this team and its resources. The husband and wife began Future Star Racing as a means to support talented drivers who, while great behind the wheel, lack funding to compete at the levels their talents merit. 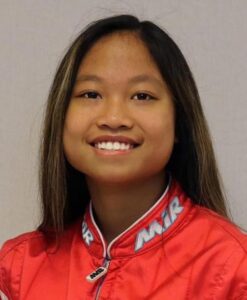 “So many times in racing, you have an amazing talent who doesn’t have the kind of money or sponsors they need to compete,” Mark McAlister noted. “We see it all the time. That’s why we created The Wings and Wheels Foundation, Inc., to support that talent, and Future Star RAcing to provide the tools and professional help they deserve.”

Working together with the PMH Powering Diversity movement begun by Tony Parella, the multi-faceted president and CEO of the Sportscar Vintage Racing Association (SVRA) and owner of Trans Am Race company LLC, Future Star Racing is seeking out and promoting talented drivers with youth and diversity on their resumes. The scholarship program, initiated by Parella Motorsports, has the goal of creating a more divers field of formula drivers at the grassroots level. The scholarship includes all entry fees for test days and championship races.

The two chosen drivers for 2021 are Chloe Chambers and Ernie Francis Jr.. Francis Jr. is the most successful Trans Am driver in the series’ 55 years, having earned seven straight championships in both TA2  and Trans Am. The 22-year-old began racing when he was four years old and made his professional debut in 2017, in NASCAR at Road America. FrancisJr. was selected to drive in the NASCAR Diversity Series with Rev Racing in 2018 and 2019.

Ernie Francis Jr. started the 2021 Trans Am campaign with pole position and a new track record, even while ceding the victory to Chris Dyson. He’s also preparing to race, as one of 12 drivers, in Ray Evernham and Tony Stewart’s Superstar Racing Experience (SRX) which debuts this year. While he’s had great success in closed cars, it’s always been Francis’ dream to race open-wheel rockets. Future Star Racing is going to make that happen, campaigning a car for the Floridian in the Formula Regional Americas Championship Powered by Honda, this country’s F3 championship, using Honda engines and Onroak Automotive chassis..

“I am extremely excited to make my debut in the FR Americas series with Future Star Racing,” he said. “Coming from a GT car background, open wheel racing had always been out of reach. Having this opportunity is incredible and I look forward to racing this season,” in all three disciplines: FR Americas, Trans Am and SRX.

At only 16, Chloe Chambers has achieved great success in her karting career and in race cars. Competing since the age of eight, she’s earned the nod to race in the 2021 F4 U.S. Championship, which is also powered by Honda and uses the JS Ligier chassis. With this year’s full scholarship, the New York native makes the transition from karts to cars without having to worry about where her next race will be.

She’s making history as the inaugural PMH Powering Diversity scholarship winner for F4, a situation that isn’t new at all for Chambers. She’s secured race wins and championships at every targeting level; most notable was her performance at the SKUSA SuperNatonals in Las Vegas, where she secured the final podium spot while racing against 80 of the world’s best karters. In 2020 she podiumed at the Florida Winter Tour and moved on to the top class in karting, winning her first national race in the senior class, making her the WKA Grand National Champion in ROK Senior.

Chambers showed her innate talent when she set the Guinness World Record for fastest vehicle slalom, taking a Porsche 718 Spyder through a 50-cone course in just 47.45 seconds, and beating the record previously set in 2018 at a Chinese event.

“I am super excited to race in the F4 U.S. Championship with Future Star Racing,” Chambers acknowledged. “I am incredibly grateful to Mark and Alora McAlister for this opportunity, along with Tony Parella for awarding me the PMH Powering Diversity Scholarship. It is an honor to represent Gift  of Adoption Fund, a cause that is so dear to my family.” Both Chloe and her siblings are adopted.

These two drivers will have the added benefit of superb coaching this year from two-time Indianapolis 500 winner Al Unser Jf. and Sarah Fisher, who runs her own SFHR Development to impact up-and-coming drivers and who is the first female driver to win pole position in a major American open-wheel race, doing so in the IRL’s race at Kentucky Speedway in 2002.

“What an incredible opportunity the McAlisters are creating through FSR,” Fisher said. “And for these drivers to work with Al is a great addition to their program. He and his dad helped immensely with driving techniques in Indy cars, so our team’s alliance with FSR is coming full circle. Al is an expert on road courses, which Chloe and Ernie will benefit greatly from with him as their coach.”