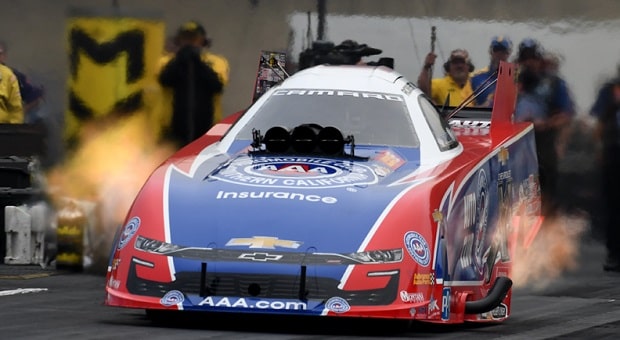 The NHRA Mello Yello Funny Car Countdown to the Championship standings are exceptionally tight as the series returns to zMAX Dragway this weekend for the third of six contests that will, ultimately, crown a national champion. Most likely, the competition will come down to the season finale in Pomona, as it perennially seems to do.

As he has nearly from the season start, Robert Hight and his John Force Racing Chevrolet Camaro SS lead the points – Jack Beckman’s assumption of the lead at Reading was short-lived – ahead of his father-in-law and team owner, John Force. A minuscule 13 points stand between this duo, while Beckman is only 24 points back in his Don Schumacher Racing (DSR) Dodge Charger SRT Hellcat.

Behind this trio, there’s been a ton of movement. Ron Capps of DSR has fourth-place points, a bit over two rounds in arrears of Hight at -44 points. He is the defending champion for this year. On the other hand J.R. Todd, the reigning titleholder, has moved up to fifth and is 53 points back, driving a Kalitta Motorsports Toyota Camry. He’s followed by single-car entry Bob Tasca III, (-79,) one of two full-time drivers campaigning a Ford Shelby Mustang in this class (the other is fellow single-car entrant Tim Wilkerson, in 10th place but only 126 points back). 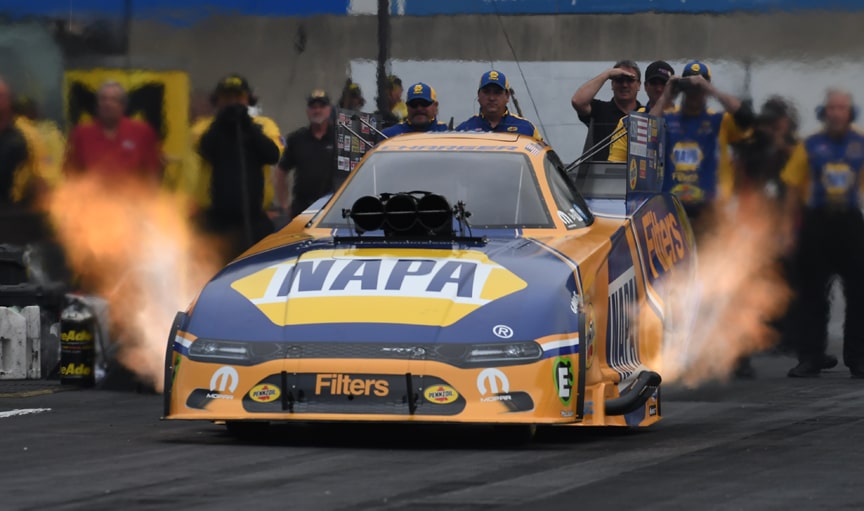 The drivers in seventh through ninth places should worry those ahead of them, and worry them mightily. After earning his second ever Funny Car Wally winner’s trophy in St. Louis a couple of weeks ago, Shawn Langdon is focused on moving forward as he continues to learn the nuances of driving his Kalitta Motorsports Camry, co-crew chiefed by Del Worsham and Nicky Boninfante.

The situation for Langdon is an intriguing one. The 2012 Top Fuel champion, who achieved that title the year after Worsham earned his own, is looking to double-up at zMAX this weekend; he was the winner of the Four-Wide contest held at the Charlotte, North Carolina track in April. He’s won at the track during his Top Fuel career and aims to become only the fourth driver in NHRA history to earn both Top Fuel and Funny Car championships, joining Kenny Bernstein, Gary Scelzi and Worsham, who achieved his Flopper championship in 2015 with Kalitta’s team.

Langdon started the Countdown in ninth place and 110 points back from Hight; with his St. Louis victory and Hight’s semifinal loss to Kalitta teammate Todd, the Michigan outfit is on the climb and Langdon is only 80 points – four rounds – behind the JFR president. However, behind Langdon lie two DSR powerhouse drivers: Tommy Johnson J. (-97) and two-time champ Matt Hagan (-103). He’ll have to do everything right in these four remaining races and hope his competitors fall on their swords.

There are 18 racers on the Funny Car entry list, which means two won’t run in Sunday’s eliminations. This week’s race and next week’s at Texas Motorplex are the only back-to-back contests in the 2019 Countdown to the Championship. It’s fair to think whoever is strongest in both of these races will be in the catbird seat for the title, as only Las Vegas over Halloween weekend and the season finale in Pomona remain to contest for that world championship. 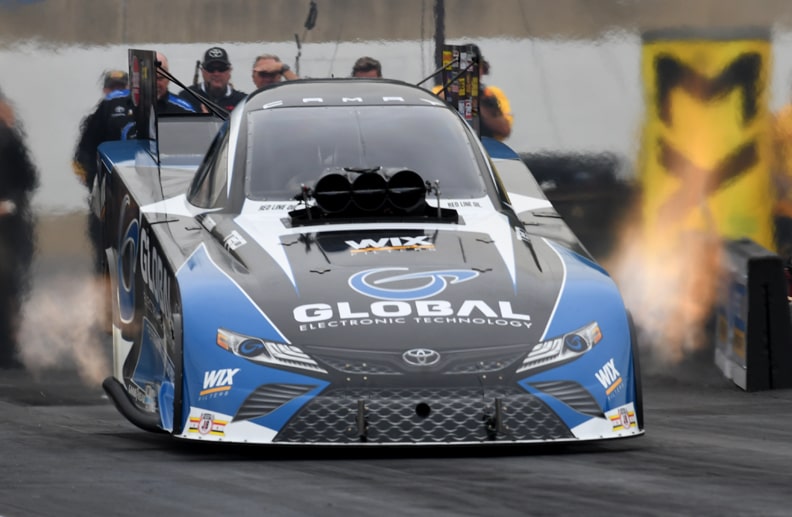